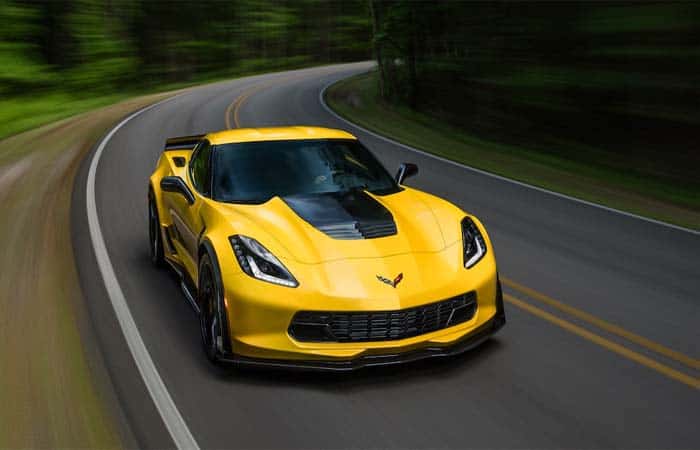 Sports cars are all about speed and acceleration. But for the automobile industry, the sports cars are more about fame and revenue. And for that, it is necessary that a car should be attractive, powerful and passionate.

But there are some cars that are still the same as they were before. With time, they have been minimally upgraded, as per the need. And still, they are rocking. The Chevrolet Corvette Z06 is one of such cars.

Back in 1963, the Corvette Z06 was introduced as the performance car of the Corvette series. It was one of the finest model available at that time. And was even one of the most expensive Corvettes of its time.

Later with the development of the Corvette series, the Z06 got developed. It moved from the design of its time to a design with more aerodynamics. But the revival and prestige were still kept. At numerous occasions, Chevrolet launched the retro designed Corvette Z06.

The Z06 earned a lot of fame. It represented Chevrolet in sports as well media. The consistent performance of this car earned it a number of accolades. And along with that, its beautiful structure ranked it among the hottest cars in the world.

During the Detroit Auto Show 2014, the seventh generation Z06 was introduced. It was launched with a number of mechanical improvements. Further, the interior has been improved time to time.

Well, the present day Corvette Z06 is available at $79,495. This is just the base price of this car. The more you add to this car, the more fun you will get. And do not forget, the more you will have to pay.

Let’s dig into this car and see what it has got.

What could be the difference between a Corvette with a louder roar and the one with the ignorant snoring? Those are all Corvettes, but why so many? Even the competitors are same.

The most amazing thing is the transmission. The Z06 was available with the 7-speed manual transmission. That is the real boost in this car. But, later in 2017, an 8-speed paddle-shift transmission is added to this car. With the manual, you can bring out the finest speed at a top-rated acceleration. But when we heard about the automatic transmission, we went a bit down. Well, the scenario is pretty different. It is not that automatic transmission that kills the performance of a car. Instead, it is indeed another boost for the Z06. Well, if you are planning to race it, the automatic could be shifted to manual mode.

Now it is the time to discuss some handling of Z06. The big Brembo brakes have provided a good stopping ability to the Corvette Z06. This car stopped within 138 feet from 70 – 0 mph. Further, it has a road grip of 1.14 g, which means you are not going to dwindle away from your lane at high speed.

The steering is crispy. Whether you are in the city or a highway, the steering will stay quick and smooth. Chevrolet has improvised Z06 with remarkable updates. Especially, the Z07 sports package makes this car more amazing.

All the Corvettes look same. They have the same front and the same back. Nothing is different. Headlights, muffler tips, spoilers, roof and everything is same. But that is what you see from your eyes.

The 19-inch front and the 20-inch rear nickel painted alloy wheels are standard. While the chrome painted wheels are optional. Well, if you want to go sporty, then there is an option of satin black alloy wheels with red stripes.

Further, there is a Z07 package available, that upgrades your ride to newer dimensions. It adds a new flavor of sports into this car. The exterior design is beautified to an extent of dropping the jaws of others.

Well, when it comes to the interior, we can say that the Corvette Z06 is like the rest of the Corvettes. The interior refinements, trim design, seats, and the hood all are common like the other Corvettes.

Though you expect a difference in the interior design. But already the interior of Corvette is pretty sporty. Chevrolet would not need anything to add to the exterior to redefine it. It is even a 2-seat car, with spacing for only two people.

The Chevrolet Corvette Z06 even gets the 8-inch MyLink touchscreen infotainment system. Further, the SiriusXM Satellite Radio is even standard for this car. Well, Head-up Display is one of the amazing features that is standard for the Z06. For the other models of the Chevrolet, it is either optional or is not available at all.

Performance Data Recorder is one of the handy features for such a car. And it is certainly mandatory for a car that is built for the driving enthusiast. Well, it is optional, as not everyone is fond of speed and performance. Along with that, the Navigation is even optional.

Chevrolet has taken care of the safety of the Corvette Z06 pretty responsible. The mechanical portion has been addressed properly, that it remains safe. Further, the occupants’ safety is even ensured in this car.

The drive assistive features consist of the Adaptive Cruise Control. In addition to that, the active safety features have stability control, traction management, and rear vision camera.

As like all other Corvettes, the Z06 even gets the competition from the Porsche 911. Well, 911 is even a pretty anticipated car. And even it is adored all around the world. But the performance of the Z06 overpasses the 911. And the speed fans love the performance.

The Chevrolet Corvette Z06 is an ideal choice for someone who loves speed, thrill, and suspense. The Z06 has everything to make your journey passionate. Just a taste for thrilling driving is required.