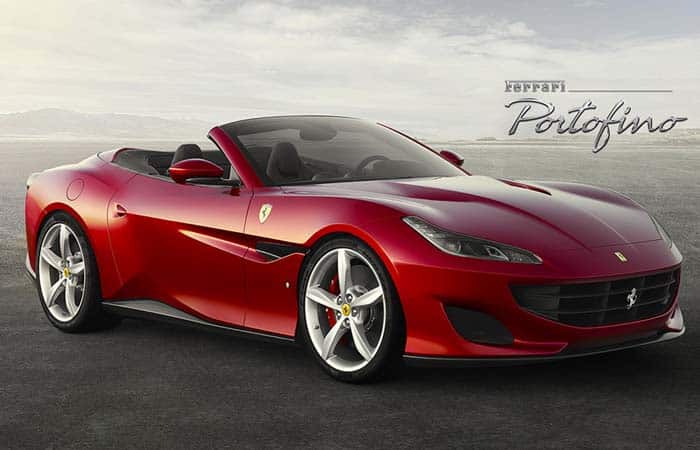 This face or the other face, they both are same in the Ferrari Portofino. The legendary Ferrari discontinued the California T in the favor of the Portofino. But after looking at the spec sheet we looked at each other and thought that what is the difference? While after riding her we surely realized that the Portofino is certainly different from its ancestor.

The wind was fine and the weather was pleasant at that evening. Well, we are talking about the autumn of 2017 when the Portofino was first displayed. And just a day after that, she was displayed at the Ferrari’s 70th Anniversary.

Well, to all lads and girls, we met the tamed Ferrari that day. We know that the Portofino was launched to replace the California T. But some folks believe that the Portofino is actually twin sister of the GTC4 Lusso T. In a way she is her sibling. But that is only to the extent of the driving mechanism.

Since last few years, the Ferrari and the Lamborghini are becoming pretty active in introducing new cars. While the other super and hypercar manufacturers are still lousy. Well, the competition is pretty much active between these two. Along with that, they are tending towards the general markets as well. Like a few months back the Ferrari honored its Japanese market with the J50 (488).

After a successful introduction of the Portofino, she was sent into the production lines. And the first few have come out for the market. Well, after we rode the Portofino we realized that there is too much that this car can offer to the grand tourers. And she is pretty much capable than many other Ferraris. While some improvements are more like a catch in this car.

The Portofino was launched at the time when the rivals of Ferrari were busy in bringing up a change to the grand touring cars. Consequently, it became necessary that there should be some major difference between an ordinary grand tourer and the one from Ferrari.

Well, the Ferrari equipped Portofino with the same with the same engine that is available in the GTC 4 Lusso T. And the general taste of the Ferrari lovers has been magnified. The Portofino comes with the 3.9 L V8 twin-turbocharged engine with 584 horses. Well, this 584 hp of power could be attained at 7,500 rpm. And the combination becomes perfect when at 3,000 rpm where this V8 engine hits 562 lb-ft of torque. Further, this drivetrain is matted with the 7-speed dual clutch automatic transmission.

The Ferrari has limited the max torque attainment in the initial gears. This is all because of the immensely powered V8 twin-turbocharged engine that can make this car fly.

Certainly, there is no difference between GTC 4 Lusso T and Portofino. They both are similar caliber cars. But it is a bit sluggish than the Lusso. The Portofino can hit 0-62 mph within 3.5 seconds. In a way, she is 0.4 seconds faster than the elder sibling. While the top speed of both the cars is the same 199 mph. Although Portofino is 200 lbs smarter than the Lusso the performance credibility is a bit low.

Ahead of that, the Portofino is a sweet baby. Her handling skills are quite awesome. It moves pretty elegantly and turns quite smoothly. And the torque differentials add some more grip to the handling of the car.

The exterior design resembles the California T. The Portofino seems much like the updated version of its ancestor. The headlamps design, the front grille, and the hood shape are different than that of the California T. While the wheel design is almost similar. Further, the rear looks a lot similar but there is a slight difference in the shape. Certainly, the fiber bumper is a major difference. Ahead of that the fender vent design has also been upgraded to a new shape. And the aerodynamic response for this car is pretty much similar to what is there in its ancestor.

Well, the Ferrari Portofino is the redone version of the California T with seldom upgrades that make it look different.

The Ferrari Portofino is a four-seat car. The front row has ample space for the driver and the passenger. And they are quite comfortable for the long journey. While the rear row is a bit congested. You can certainly fit in children rather than the adults. In addition to that, the Ferrari Portofino has the ability to carry luggage. She can carry a decent cargo log that you can put for running errands. Well, in a way, this is an everyday Ferrari.

The Ferrari Portofino comes with the Ferrari’s fresh infotainment system. It responds better than the previous version. Along with the cluster infotainment display, the Portofino even gets the center console. It shows the performance scale of the car, navigation and the multimedia options. Overall it is a prompt system with friendly interface.

The safety specs of the Ferrari Portofino are similar to the rest of the street legal Ferraris. The airbag response, belt stretch and the car behavior does not feel any different. Well, the occupants are pretty much safe in this car. Further, the active safety applications include the anti-lock braking system, the electronic brake force distribution and the cruise control. In addition to that, there are some other handy features available for this car.

The Grand Tourers are quite limited in the world. And a very few automakers are creating these cars. And looking for a competition in this class would never make you tired. Well, for the Ferrari Portofino we met the Aston Martin DB11. The DB11 beastly 600 hp engine is a monster itself. But it falls shy to the V8 of Ferrari.

The Ferrari Portofino is a class apart. It has everything that a grand tourer should have. But she needs some health in order to be more refined and cultural.