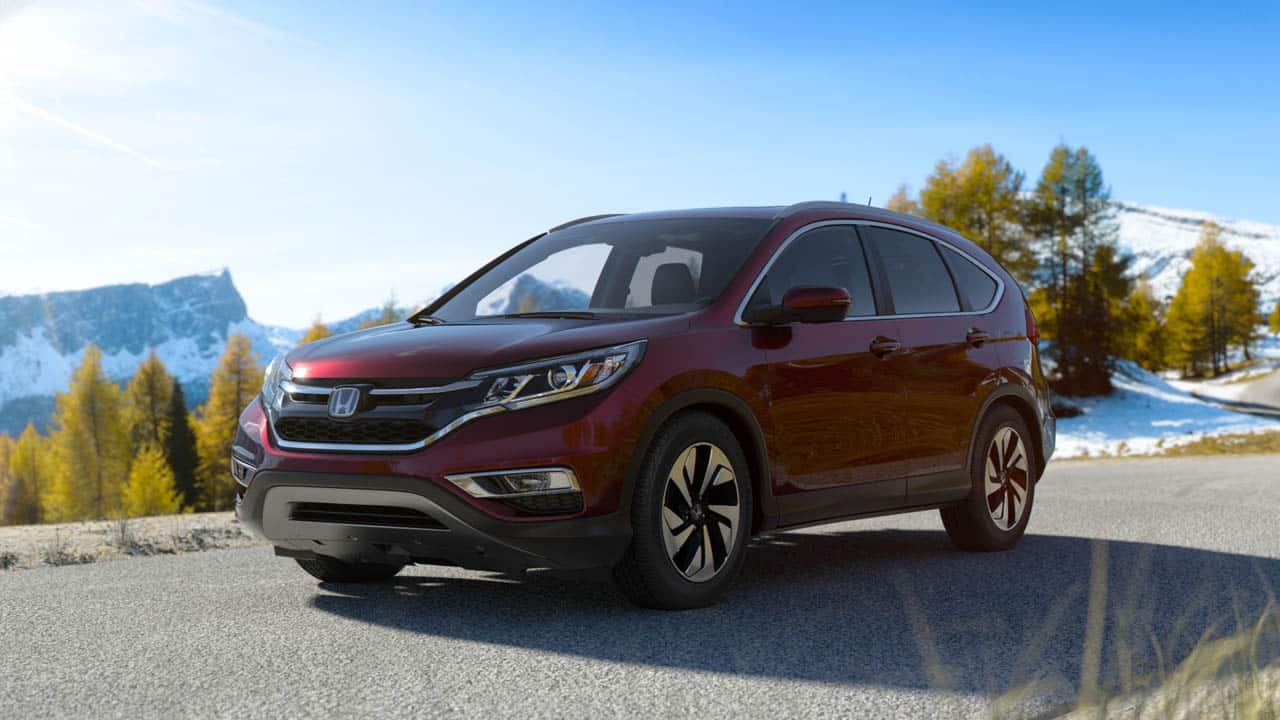 Honda has worked over some classic innovation. Among that discovery you will get the customer of luxury, the “CR-V”. Because of its powertrain and exclusive performance tree, it lies under the heading of SUVs.

Honda has practiced the motions of safety at height. Not just the CR-V, the company has worked over every other model to make it safe and secure for driving. Even if it’s a sports car, you fill find it with increased safety package.

The competition gets more practical when the price is tagged. Honda CR-V is tagged from $23,900 till 34,000, depending upon the facilities you have availed. Rather the base price is pretty decent over the wallet.

Although CR-V is in the market since 1997. The first generation was more like a Honda Civic-shaped as a wagon. By the time, there were too much of such vehicles in scope, such as Isuzu Rodeos.

And now is the fourth generation with a number of improvisations that have successfully competed the market in 2014. Honda CR-V is definitely among the highest selling vehicles in North America. To maintain its market, Honda has beautified its shape with a bit more technical aspects.

CR-V has a sheer powered 4 – Cylinder 2.4 L engine. Performance is guaranteed from this machine. Besides the conventional speeding and acceleration, CR-V can tow 1,500 lbs of weight. It is incredible for something hovering around luxury.

Performance is unleashed in CR-V. The CVT gearbox adds more velocity into the performance chart. CVT makes this SUV run with the speed range that more benefits the fuel economy. The SUV tradition is accepted as high consumption vehicles. But Honda has stepped into the generation of fuel efficient SUVs.

Though it’s a fuel saving technology, but it has reduced some power. The CVT max the transmission over 6400 rpm, while the former Port Injected Four Hole transmission peaked at 7000 rpm. It’s more like mere reducing the power for some fuel economy.

The track tests reveal the outcome. The edition by the start of 2015 has a former gear box, and it reached 62 mph in 6.4 seconds. While the CVT edition took 7.5 seconds. But not to forget, CVT uses Instantaneous Ratio Changing. It transmits each gear in accordance to the relative velocity of last shift.

CV-R is one of the silent SUVs. The 2.4 L engine sounds nothing more than it articulates “Save Fuel”. CR-V is further qualified into five models. LX, SE, EX, EX – L and Touring are the models available on the basis of wheel driving.

As compared to the model of 2015, the present model has some additional exterior features. DRL has been added into the car for safer driving. While the LED lamps are integrated with the Ultra blink, to provide much brighter vision over dark roads.

The 2016 version has the 16-inch wheel, with steel finishing. Still, it gives a good road grip. But Honda has added 17-inch wheels in the upcoming LX, which gives more grounds to drive. CR-V is higher than a number of SUVs.

The tactical shape is much more like a luxury off-roader, than a load tucking SUV. From front to back each trim reflects elegance.

Honda has beautified CR-V quite seriously. The steer wheel has optimum weight. It doesn’t give any of the massive stiffness, or glossy low weight. It is as heavy as it should be. Comparatively in the custom and conventional SUVs such steer wheels are not included. But Honda has changed the tradition.

CR-V is the customer of luxury. The front seats are adequate to make from thin to healthy drivers to sit on them. The comfortable back seats allow 4 moderate passengers to sit in. Although leather is not much used. In theory, there would be leather in it. Still, it is loved by a number of drivers.

Honda CR-V has Intelligent Auto Control feature installed. At the Cruise work, the intelligent controls automate the car as per the road environment. There is nothing much for the driver to worry when changing the song over infotainment system.

CR-V has everything that a safe driving would require. The modern safety parameters, such as FCW (Front Collision Warning), AEB (Automatic Emergency Braking), High-Speed Maneuver and Max Speed Alteration has been added. But most of the safety features are available in Exclusive (EX) and the Touring model.

The Standard LX remains just the standard. However, they are full of safety, which is slightly more than conventional safety driving.

Japanese cars and SUVs gets Japanese. As like Germans get the Germans. Our 2016 Honda CR-V gets the Mazda CX-5, which is another fuel efficient vehicle. The power is much sheered with exclusive load towing capacity. But Honda makes CR-V a class apart.

If you are looking to get economy as well as space to sit, then CR-V could be a good choice. It’s much more like a comfortable driving then speedy performances.