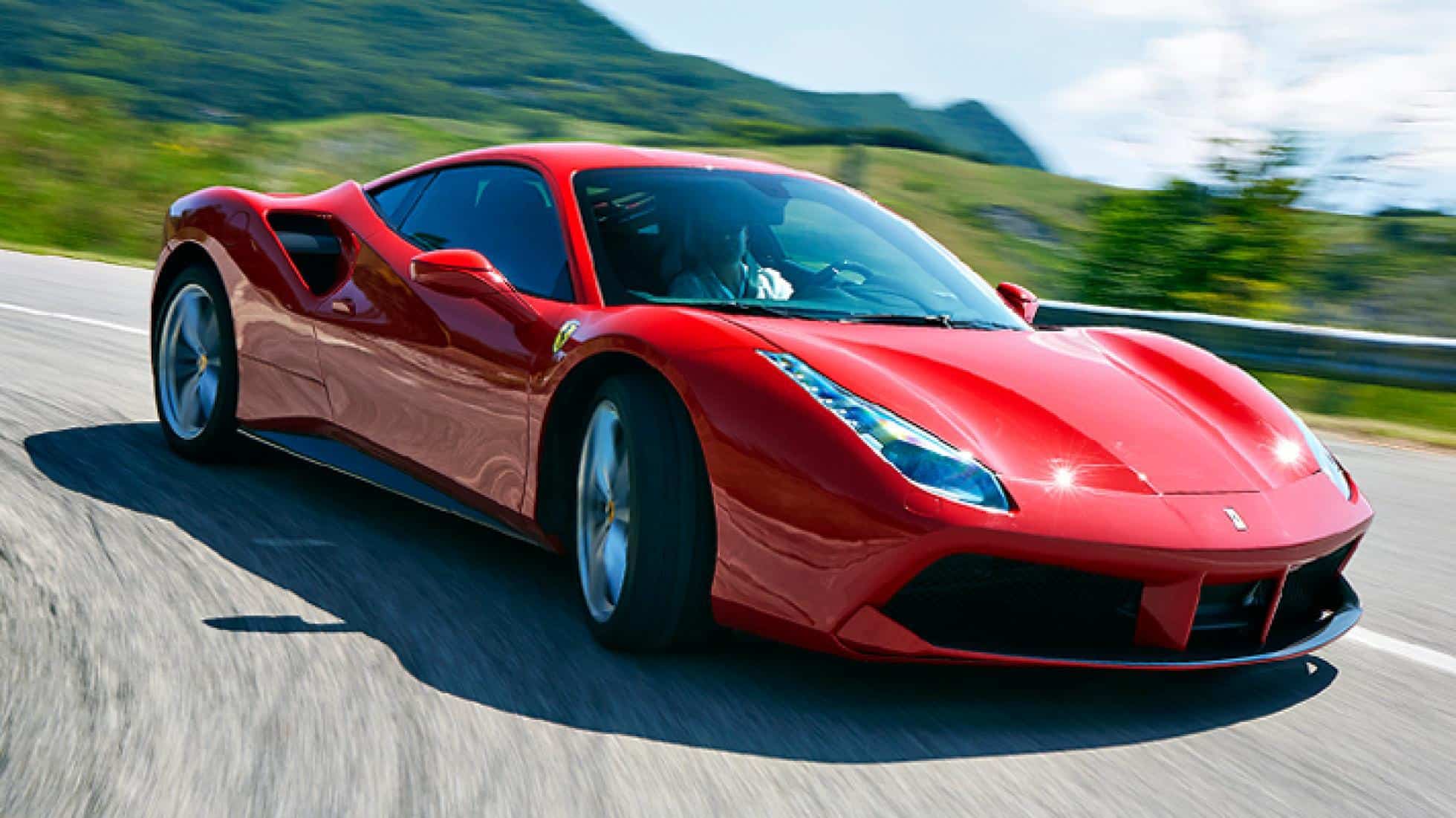 Ferrari has all the fame that a supercar manufacturer needs. From street skirmish to the F1 tracks, it offers speed, acceleration, and handling altogether. A proof of its performance can be derived from Ferrari FXX K of 2015, which is capable of showing optimized performance up to 1050 hp.

488 has been named as the Supercar of the Year by Top Gear. The Ferrari 488 is the successor of Ferrari 458 of 2009. It has slightly lower performance schedules as compared to her successor. It’s pretty much dominative over the paddle with a decent price tag of almost $245,000.

When it comes to price, this car is pretty much decent over the wallet than its own home competitors. 488 comes in two different models, differentiated upon its body style. Ferrari 488 is suffixed with a GT which stands for Gran Turismo. While the two models are 488 GTB and 488 GTS. The B in GTB stands for Berlinetta (coupe) while S in GTS stands for Spider (roadster).

Ferrari is famous for its engine technologies. Fiat Chrysler feels honored to provide the Ferrari Engines worldwide. The 488 is equipped with aluminum dry sump Ferrari F 154 engine. For efficient performance TiAl alloy made compressor wheel is used, which is used in the aircraft. It provides better working as a coolant and keeps the engine line cool.

It is a V8 twin – turbocharged car. Each cylinder in 488 has the cylindrical dimension of 488 cm3 and so it is named as Ferrari 488. Although the performance chart of Ferrari 488 is slightly lower than its successor. But some major peripherals for the performance are common, such as the Getrag gearbox.

Ferrari 488 has been developed for the luxury lovers. The performance of the car is setup for speed and acceleration but it is mandated as per streets. Beside GTB and GTS, there are two other models in the franchise. GTE and GT3, which are specifically designed for the race tracks. But they have the similar performance specifications.

All that is different in the road track models is performance. Those cars are not bounded to make the drivers follow ordinary street practices. In other words, it is one of the coolest cars when it comes to speed and acceleration.

See Also: Cool Cars And Pictures Of The Coolest Cars In The World 2014

To run a 3.9 L V8 twin turbo – charged engine, a lot of care has to be taken. The cosmetics of 488 is specially designed in a way that it gives a nasty look. Though all the loops and holes are meant for better mechanical performance but they even give a beauty ramp look.

Through all the models of Ferrari, it has been targeted to have 488 with more downforce. As compared to its ancestor, 488’s design has 50% more downforce. The aerodynamics in the design look similar as compared to the rest of the supercars. But not to mention, Ferrari 488 has 50% more aerodynamics. The increased percentage has helped in reducing air friction and drag coefficients.

Take a look at the bonnet of Ferrari 488. You won’t find any visible vents over there. But it has two vents. They have been connected to the engine to provide additional exhaust that helps in keeping the engine cool. These vents actually assist radiator in extracting the heat. Their job is to flow the air towards the radiator which utilizes it to minimize the system heat.

A lot of work has been done over the coolants of the car. The front bumper has an additional sketch for the exhaust routes. The downforce provides the necessary route to bring air into the engine through bumper vents. This even helps is reducing heat.

At the back, it has an integrated spoiler. It is a Blown Rear Spoiler, more like a flap, which helps in bringing more downforce on the car.

While after a complete exhaust procedure, the front vents release the air out. Well not to forget, Ferrari 488 was awarded Best of Best Product Design in the beginning of this year.

Lots of leather and heating agents are found in the race cars interior. A punch back seating cart with leather coated cushions is found in this car. The steer wheel gives an absolute touch of the heavenly ride.

Although there is not much difference in the interior between 488 and its ancestor. But the option of some additional color range creates some difference. Rather there could be some renewed variety of leather and cushions but all stock format has been followed.

It would be even wrong to call it a catch of Ferrari 488, as it is a luxury. A comfortable ride needs virtual scope windshield, heated seats and performance driving. This is all offered in 488.

On each side of the steering wheel, the infotainment screen is installed. Wipers, indicators, fuel gauge and some other controls have been added into the infotainment system. In black and white it looks really amazing. But in reality, it is a bit hard to drive in such a manner.

Safety is the major heading in the manual of sports cars. Ferrari strictly follows the chapter of safety at every format of the road.

So it has been followed in 488. It has been supplied with Carbon – Ceramic brakes with allows sharper stopping time. It is evenly helpful at high speed as the car slows down quite smoothly and quickly without even getting the brakes locked.

More perfection in the car has been added by the performance adjustment kit. Over uneven and irregular roads and tracks, the suspension of the car can be adjusted. This makes handling a bit more relax. Besides handling, there are 5 different driving modes available. All concerned with a suitable driving environment. This allows a reduction in the percentage of RTAs.

A supercar gets another supercar to compete. Our Ferrari 488 has a stiff competition with the British McLaren 650S. Both the cars are pretty similar in specification. On the track, you would hardly find any difference between the both monsters, apart from the power.

Ferrari has 20 more horses to run than McLaren which makes it a better choice. But when it comes to the interior, McLaren leads the competition.

Going further into the world of super and hyper cars, you might hardly get a drastic difference. At the top, they all are almost same. But what makes you choose Ferrari 488? Its looks and a powerful exterior makes it more enchanting.