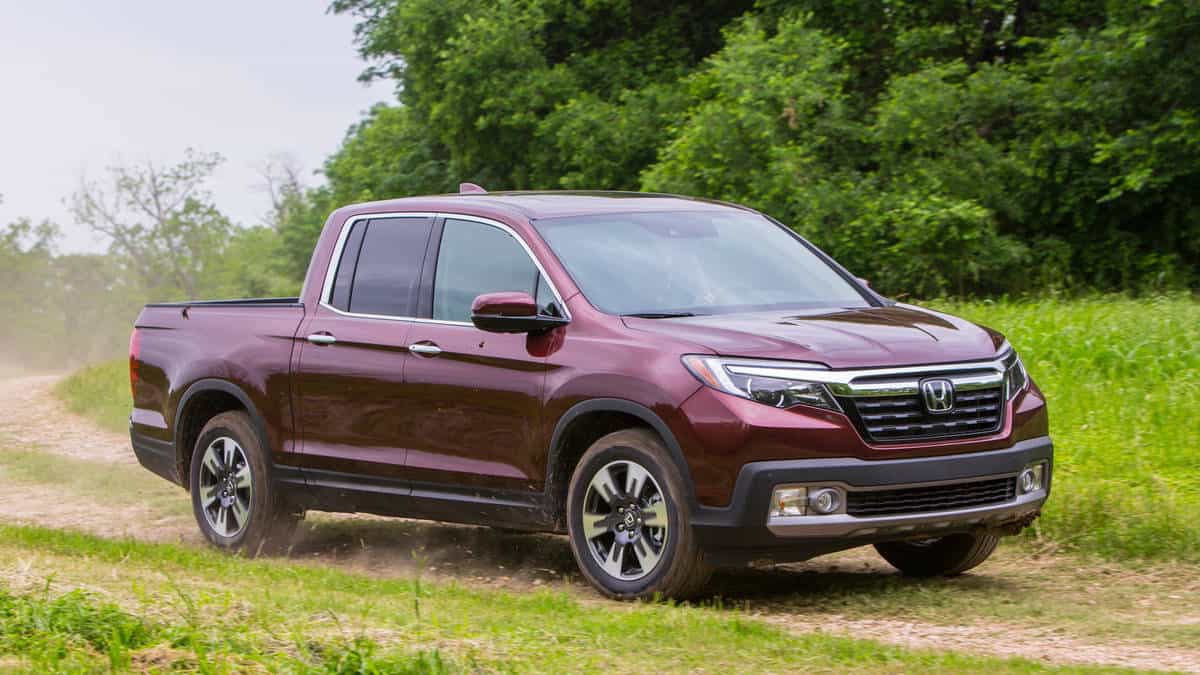 There are very few off-road vehicles in Honda’s fleet. Mainly the production line implies to the assembly of family cars and performance machines. And certainly, Honda is well versed in creating subtle domestic cars.

Alongside, Honda has even some expertise of producing Sports Utility Vehicles and Trucks. Though there are not too many such vehicles, but still Honda has the best ones on its line.

In 2004, Honda presented the concept of SUT (Sports Utility Truck) at the North American International Auto Show. The vehicle was yet another truck, but certainly, the first one from Honda to be blockbuster in the North America. Later in the winter, the production of this vehicle started. The production version was titled as Ridgeline.

Honda has marketed Ridgeline in almost 20 countries. It has been one of the highly grossing cars for Honda in North America.

Ridgeline had been under a lot of criticism. Some automobile reviewers stated that Ridgeline has been heavily based on the Pilot and Odyssey. But Honda narrates that only 5 – 7% of the design has been shared with other vehicles. Besides, the ridgeline is a totally independent design. Well, it definitely would be, as Honda took almost three years in researching and developing the first concept of Ridgeline.

Well today, the Honda Ridgeline has been priced as low as $29,475. The trim level consists of RT, RTS, Sport, RTL, RTL-T, RTL-E and Black Edition.

The first generation Honda Ridgeline had the 3.5 L V6 engine. The similar engine with the same displacement is offered for the second generation. And this is the only engine available for the Honda Ridgeline.

Well, the 3.5 L V6 engine makes 280 hp, which is 30 hp more than its predecessor. The powertrain is rated at 262 lb – ft of torque. The only available transmission system is the 6 – speed automatic. By the way, it is a pretty decent powertrain and it is quite a fun to drive.

But thanks to the J-Series V6 engine which helped out sentiments out. This V6 engine has enough power to roll off-road or on-road. With the all – wheels – drive configuration this V6 can tow up to 5,000 lbs of weight.

Under some conditions, the Ridgeline do feel like underpowered or cruising below the belt. But even then it matches a number of 4WD trucks. Further, this V6 machine seems much like a sports car. The power flow and the wheels integration are quite swift and responsive. While driving Ridgeline it is certainly hard to configure that you are paddling a truck.

There is nothing to complain about the handling of this truck. The steering is subtle, whether you are off-road or on a street. The front – wheel – drive configuration relies much on the steering and the braking. But the all – wheels – drive utilize the variable torque management system. This computerized performance feature provides enhanced traction and stability to the Ridgeline. Further, the torque distribution is allocated as per the driving condition.

Unlike a number of rival trucks, the Honda Ridgeline has been designed over a unibody. This unibody structure allowed Honda to play with the exterior designing of the Ridgeline. And seriously, Honda has played very well. The Ridgeline is certainly the only one in its class to offer so many trunk options. The underlay trunk, extendable tailgate and a flat load floor are all available in Ridgeline because of the unibody structure.

The first generation Ridgeline much like a box-shaped truck. But for the present day generation, Honda has improved its appearance. Now it seems like an aggressive off-road monster. The exterior design is the main difference in trim levels. Like the 18-inch alloy wheels are standard on all trim levels, but each trim has a different wheel design.

The Black Edition is a totally black trim of the Ridgeline. It has crystal black color. And it wears black painted alloy wheels. It is yet another monster in the fleet of Ridgeline.

The Honda Ridgeline has a neatly appointed interior. Further accent trim design has leatherette. Further the door and window panel insulations ensure that the Ridgeline stays silent inside.

The seating is quite spacious. The front row has sufficient legroom for the passenger and the driver. While the back row can easily make 5 passengers sit in. The most amazing thing about the rear row is the underneath bed. It’s trunk under the seats which allows you to fit in things up to a bicycle. The rear seats fold up to create this cargo space.

Generally, the trucks don’t have the speakers in their rear bay. But Ridgeline is kind of a music lover. There are 4 – 6 speakers available in the rear bay of the Ridgeline. Indeed this is a complete off-road party package.

The Ridgeline gets the 8-inch touchscreen infotainment system. Unlike the other Hondas, the Ridgeline is more intuitive and friendly. Apple CarPlay and Android Auto are available for this system. Well, just a few trims have these features. Besides the music play, amplifier and telephony are standard.

The Honda Ridgeline has earned 5-Stars for its safety. Ridgeline has airbags, LATCHes and impact reducers. Along with that blind spot monitoring, lane departure, adaptive cruise control and collision mitigation braking system are available for the active safety.

It was pretty easy to find a competitor for the Ridgeline. Well, the closest competitor is the Chevrolet Colorado. It has almost the similar performance schedules. But, the technology Ridgeline offers to its drivers and passengers is certainly missing in Colorado. And not to forget, the Honda Ridgeline is the class leader.

Why not go for a class leader with a base price below 30 grand? The Honda Ridgeline has everything you need for your off-road driving and daily chores.