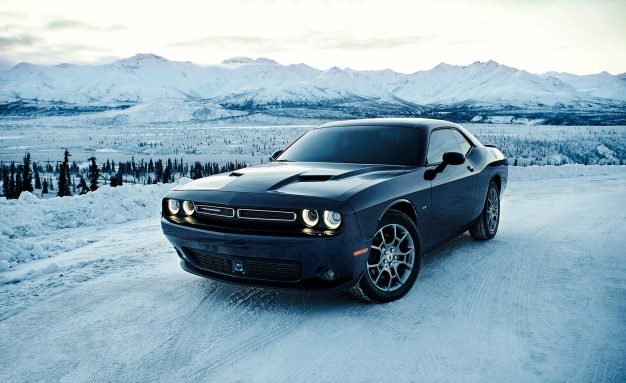 The American Muscle cars are famous throughout the world. In fact, America is the only place where the muscle cars are built excellently. Well, Dodge has been notable for its muscle car production. And Challenger is one of the oldest and finest muscle car series from Dodge.

Just a few years back when Dodge launched the fourth generation of the Challenger series, they found a decline in sales of the car. After a series of market analysis the company recognized that the AWD cars were much liked by consumers rather than the two – wheel – drive cars. Challenger is mainly developed for the North American market. The response so received wasn’t satisfactory.

Later in 2015, Dodge announced that an AWD version will be added in the Challenger Series. For the year 2017 Dodge added the GT in the model line of the Challenger series. It’s yet another sibling of the Challenger’s offspring, but it can run all the wheels simultaneously.

As soon as the AWD Challenger reached the market, the sales for this car increased. Since then the company has experienced around 17% improvement in the sales of the Challenger series. And the most selling model is the Dodge Challenger GT.

Though it is not the most powerful models of the Challenger series, but its drive configuration is pretty much attractive for the North American markets. Well the Dodge Challenger GT has almost the same mechanics, design and comfort level, but the only thing that differs is the driving option.

Now let’s see how much fiber this muscle has:

The Dodge Challenger GT gets the same engine which is available in the Challenger SXT models. It is the Dodge Pentastar engine. It has the same displacement of 3.6 L. Further it is a V6 engine rated at 305 hp making 268 lb – ft of torque.

In a way, the Challenger GT has the RWD configuration. The powertrain has been configured to drive the rear axle by default. But the active transfer system initiates the FWD when needed. This makes the GT an AWD Challenger. This whole turning off and on of the AWD is autonomous and it is performed by the vectors themselves.

Well, the Challenger GT is an AWD car. And on the full throttle, the system activities the AWD. But the tests showed a lag in the response of the car. The GT took 6.3 seconds to launch from 0 – 62 mph. This figure is 0.3 seconds slower than the SXT models.

Ventilated and heated seating, illuminated front cup holders, leather-wrapped steering wheel and gear shift knobs are some articles from the interior design of the Challenger GT. The GT does not really resemble too much with the base models of the series. And even it is not that much rich like the upper trim levels. It’s certainly the mediocre trim level of the Challenger series.

Well in addition to the basic interior ingredients, the Nappa leather sports seats are even available for the Challenger GT. Actually, the seats available in the car ab-initio are leather seats.

The Dodge Performance Pages are even available for the Challenger GT. This allows the driver to analyze the performance of the car according to the driving figures.

The safety of the Challenger GT begins with the design. A safety skull has been laid under the exterior design of the car. This allows a good escape to the passengers and driver of the GT when something undemanding happens. Besides, there are too many airbags available on every side of the car.

The AWD Challenger is the first time experience for Dodge with a Challenger. There are too many improvements that are required to better the Dodge Challenger GT.