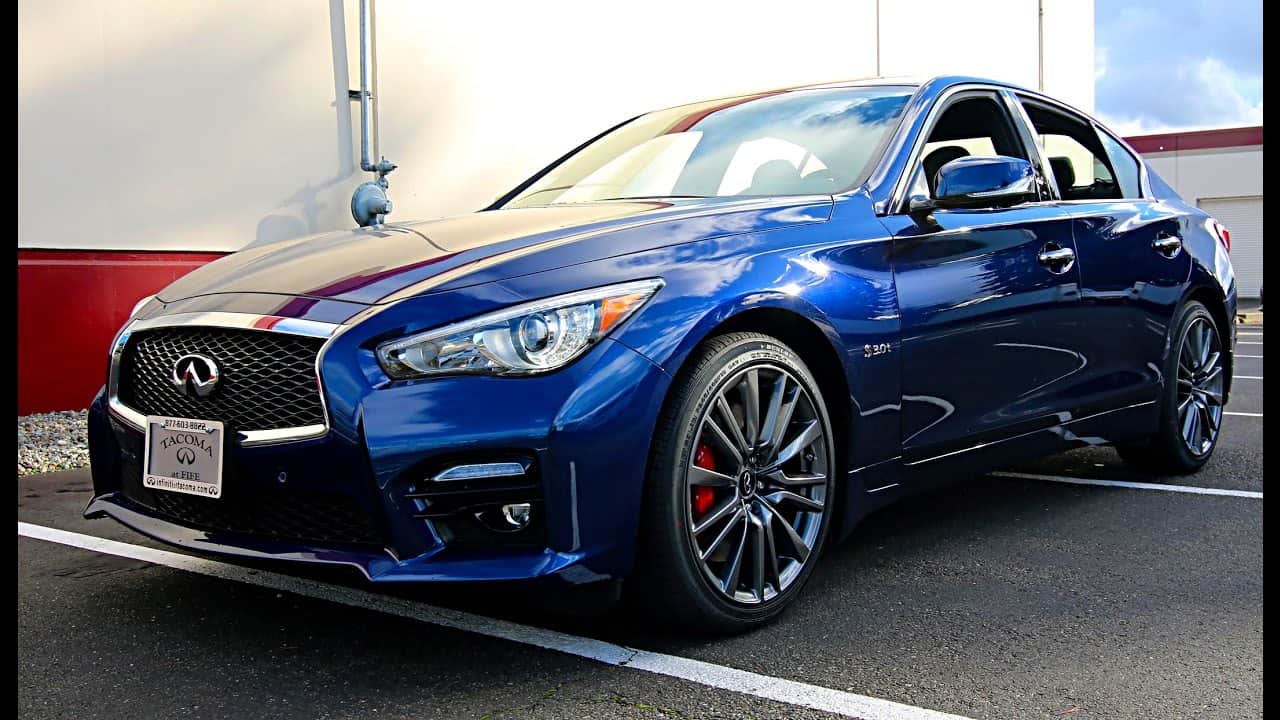 A performance car from Nissan becomes a luxury contender for Infiniti. It has been quite long this conversion is taking place. There had been some cars from Nissan that are rebadged as Infiniti for the North American market.

Infiniti Q50 is based on the 2009’s concept car, Infiniti Essence. Along with that, it takes its body styling from the Infiniti M. A number of marketing campaigns have been carried out by Infiniti to promote Q50. The notable among them is the Infiniti Race Face. Actually, this campaign was set as a pro-sports event in which the winner was given a chance to drive an Infiniti Q50 prototype. In the same way, some other marketing campaigns have been fashioned.

Well, Q50 is the first ever entry – level sedan from Infiniti to possess the hybrid technology. The Hybrid Q50 shares its powertrain with Nissan Cima and Mitsubishi Dignity along with its sibling Q70.

A same version of the car is marketed in Japan as Skyline. Though the Japanese Skyline does not wear the badge of either Nissan or Infiniti, but it is sold at Nissan Outlets.

Infiniti has a pretty less participation in motorsports. But it took part in the British Touring Car Championship under the banner of Support Our Paras. Actually, it’s a humanitarian effort, more than the sports. Well the base price of Infiniti Q50 is $33,950.

The Infiniti Q50 is available in front, rear and all – wheel – drive configuration. RWD is standard for the North American market. While the South Africa and Europe mainly get the FWD.

The powertrain begins from the 2.0 L engine. It’s an inline-4 cylinder turbocharged engine. This powertrain provides 208 hp of power at 258 lb – ft of torque. The engine block has been acquired from Mercedes-Benz. It’s an aluminum engine, titled as M274.

The next is the 3.0 L V6 turbocharged engine. The front – wheel – drive is the only available configuration. This engine is rated at 300 hp and 295 lb – ft of torque. Well the AWD configuration is also available. This AWD adds 100 hp of power to the performance. While the torque shoots to 350 lb – ft. And the Infiniti Q50 Red Sport 400 even shares the same engine.

The European market enjoys the 2.2 L inline-4 diesel engine. This powertrain is pretty decent. It has 168 hp of power rated at 295 lb – ft of torque.

Well, 7 – speed automatic transmission is standard. Further, our tests revealed that inline-4 seems like an underpowered engine. Especially, the throttle appeared to be lacking the power. But the V6s are absolutely fine.

The Infiniti Q50 seems like an aggressor, a grump Bella wishing to hit you. But she is quite beautiful. The base models and the signature trims get the 17-inch alloy wheels. The sports trims get the 19-inch wheels which are even shared by the hybrid trims. The grille design is certainly the same on all the models. The Q50 has quite limited colors. And each trim level has the short range of colors. Like the iridium is only available for Sports models.

The Infiniti Q50 gets a pretty decent interior. The design includes leatherette and leather seats. Further, it has Kacchu aluminum and maple wood trims. And it even has heated seats and aluminum applied pedals.

Seating is spacious and even the trunk has enough space. Though it’s an entry-level luxury sedan. But we missed some ingredients of luxury in the lower trim level. While the Sports and Signature trims have subtle acquisition of luxury. Overall, it’s comfortable.

Well, the Infiniti Q50 comes with a dual display, mounted in the center console. The upper one is the 8-inch screen while the lower one is of 7-inches. The Infiniti InTuition music amplifier is standard on all trims. Besides music, it features emails, calendars and telephonic interface. In addition to these, SiriusXM® multimedia, Bluetooth streaming and voice recognition are also standard. Navigation, SiriusXM® real-time traffic informer and Infiniti InTouch services are available for the higher trim levels.

The anti-lock braking system, cruise control, airbags, emergency locking retractors and LATCH are some passive safety equipment available in Infiniti Q50. The active safety features dynamic control, tire pressure monitoring, pedestrian monitoring, blind spot alert and lane departure warning system. Q50 lies on the safety standard set by the road safety authorities. There has been no issue of its safety since its introduction.

Well, Infiniti Q50 could be a good option, if you are planning to get a hybrid. It’s a V6 hybrid, full of power and with decent fuel mileage.