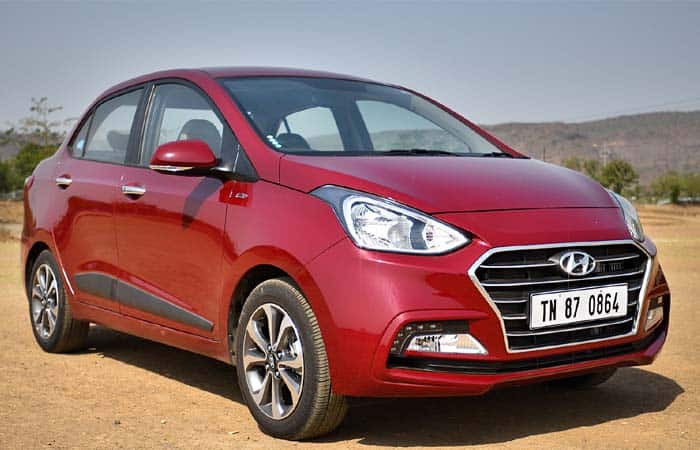 Well, if you bring them a hatchback based sedan, they would surely appreciate it. Especially the South Asian guys would love it. And their most favorite thing would be its trunk that would let them carry some groceries.

In South Asia, you would find plenty of such hatchback based cars. And one of them is the Hyundai Xcent. Well, the Xcent was unveiled at the 2014 Auto Expo India as a step ahead of Accent. Not to forget, the Accent is still alive but it is no more available in the South Asian market.

The South Asian market needed something like a hatchback but in shape of a sedan that could offer the same specs like the i10. And the Xcent is very much successful to be a sedan version of the i10. While it is not purely based on the i10. But it is marketed in Mexico as the Grand i10 Sedan.

By now the Xcent has received some basic improvement including some facial uplift and the interior improvisation. Further, the model line includes plenty of trim levels. And the cheapest among them is for $7,760. While the finest trim level begins from $11,930.

Hyundai has used various techniques to market this car. And the famous among them is to cast an Indian super actor in their ad.

The body shape does make Xcent a sedan. But the driving experience is similar to the common South Asian hatchbacks. Well, the available drivetrains are even those that you could easily get in a hatchback.

For the gasoline, you get the 1.2 L inline-four Kappa engine that you may even witness on the Hyundai hatchbacks. Well, this fella is capable of generating 83 hp of power at 83 lb-ft of torque. And it comes mated with the 5-speed manual transmission. Further, a 4-speed automatic transmission is offered manually for the upper trim levels.

While the diesel variants get the 3-cylinder 1.1 L U2 CRDi engine with just enough power to pull the body. Well, this powertrain has been recently upgraded to offer some more power. While in the past it was just like a liability. With this engine, you get 72 hp of power producing 133 lb-ft of torque. And it offers some good saving on fuel. Even its CO2 emission is enough to keep the city clean. Ahead of that, the diesel variant is available only with the 5-speed manual transmission.

The Hyundai Xcent comes only with front-wheel-drive configuration. And the handling column is pretty fine when you are driving at an average speed. If you go fast, the Xcent would not really comprise well on its handling.

A grumpy old face and a primitive rear design are the basic exterior features of this car. In a way, the designing is not attractive at all. Further, the cosmetics include largo halogen headlamps, a tiny spoiler, steel wheels, black colored side mirrors, and body-color bumpers. While the alloy wheels, LED DRL, fog lights and body-colored side mirrors are available for the upper trim levels.

The interior appointment is quite decent with some reasonable ingredients. The fabric seats are standard. While the leather-wrapped steering wheels and gear knobs are available in the top trim levels. Further, the top trim models even include cup holders for the rear seat passengers.

Ahead of that, the Xcent offers less for the spacing. The front row is fine but the rear is a bit congested. And the trunk has enough to carry some luggage and groceries.

The Xcent gets the option for a 5-inch touchscreen music player. The system offers the multimedia options including radio. Further, other options include keyless entry, engine start, and stop button and Bluetooth connectivity.

Well, if you go for the top trim levels you get the 7-inch touchscreen infotainment system with Apple CarPlay and the Android Auto. Additionally, it gets the Bluetooth connectivity, voice recognition, and the mirror links. While the navigation runs on the basis of the smartphone

The Xcent gets a few features to keep the occupant safe. Well, they are the antilock braking system, dual frontal airbags, and the rear screen defogger. Besides, it gets the option for the rearview camera as well. While some good safety points include a hard structure that reduces the impact of the collision. Ahead of that, there is nothing more included for the safety. And the rest remains on the driver that how safe they could drive.

The Tata Zest was introduced at the same festival where the Xcent got unveiled. Well, the Zest looks stylish and accommodative. While the performance of both the cars is quite similar. Indeed they both share almost a similar rank in the market.

The Hyundai Xcent is a good look charm for a lot of South Asian families. Low fuel mileage and lower maintenance cost are what attracts the folks there. And nevertheless, it is a fine car for such markets.