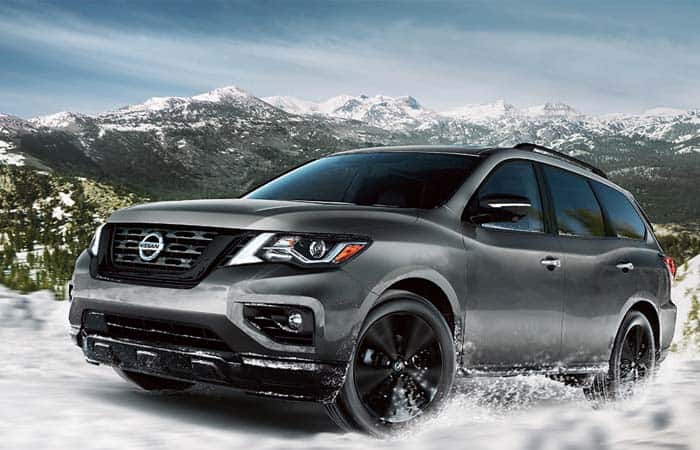 Having trouble finding the path? Then let’s step into the Nissan’s Pathfinder to get to our destination.

The Pathfinder is among the oldest SUVs from Nissan. Since 1986 this SUV has been in service. Initially, it was found in the mountains and the countryside. But now it could be easily seen in the cities or the steady highways.

Well, the initial models were based on the Datsun Truck or the Nissan Hardbody Truck. The Hardbody Truck was remarkable in various terms. But it was not sufficient alone to fill up the requirements for an SUV. By 1984 a local garage modified the Hardbody’s king cab and converted it into an SUV. Though it was not actually an SUV. But their exterior job served well for Nissan.

The base price on this car is around $31,040. And the model line is available with 5 trim levels. The S and the SV serve as the opener, while the SL takes the mid seat. Further, the Midnight Edition becomes exclusive. And the Platinum sits on the top.

The fourth generation Pathfinder had 3 different drivetrains. The base variant was available with the V6 powertrain and 260 hp of power. While the hybrid stayed optional with the 2.5 L 4-cylinder engine and the electric drive system. Further, the diesel variant was also available for this car with a 2.5 L engine.

But after 2017, there have been some major improvements made. The hybrid had been called off. While the existing V6 variant has been improved for better performance.

Well, the Pathfinder gets the same size of the engine, the 3.6 L V6. But not it gets 84 more horses pounding 19 lb-ft of more torque. This has improved the performance of this car alongside. Pathfinder is now 0.5 seconds faster, making a 0-62 mph run in 7.4 seconds. And even the top speed has touched 120 mph from 113 mph.

With the 4×4 models, you get the torque vectoring system, which offers more handling control than the standard version. While the steering ability, as well as the braking, is quite acceptable for the rush city riding.

The exterior styling is quite similar to the rest of the Nissan SUVs. Like it gets the same Nissan signature U-shaped grille, halogen lamps, alloy wheels, roof rails and a spoiler. Well, the base versions get 17-inch alloy wheels, while the finest trim levels are available with 20-inch wheels. Additional the Midnight Edition package adds black or white color to the exterior. Along with that, it includes black wheels, V-motion black grille, black side mirrors, black roof rails and a black spoiler. Almost every black thing is comes included in the design.

The interior is appointed neatly. The base trim levels get cloth seats and fiber accent as standard. While the leather seats and leather accent comes with the top models. Further, the top models even include the leather-wrapped steering wheel and gear knobs. The finest trim levels are available with heated and cooled seats and steering wheels. While they even include the 10-way power adjustable seats.

The spacing is eloquent with space for 7 to sit including a driver. The standard cargo space is fine for carrying groceries. But if you need to carry something large you can fold down the rear seats.

The Pathfinder gets the 8-inch touchscreen multimedia infotainment system as standard. The entry-level model only gets the music player, radio control and some other entertainment features. While the upper trim levels even get the navigation, SiriusXM and some other features. Well, the Bluetooth audio streaming remains standard for all the models. Additionally, a TFT screen is installed between the meters to serve as the driver’s cluster display. Well, it displays various configurations including navigation and the torque distribution percentage.

The Pathfinder includes the useful safety features. The advanced airbag system provides a complete safety environment for the occupants. While the adjustable seatbelts not only keep you from flying out of the car, instead they are quite comfortable. Well, some additional safety features include the tire pressure monitoring system, traction control, vehicle dynamic control and the antilock braking system. Further, the safety features even include the electronic brake force distribution and the braking assistance.

The Pathfinder and the Journey stand really low in the competition. Their rating stays at par as well as the market reception is just good enough to make them survive. While Journey is way cheaper than the Pathfinder.

The Pathfinder could be an optimal choice for the Nissan lover. But more than an off-road machine, it has become a family car. And it is much like the off-road drivers could have lost interest in this car.