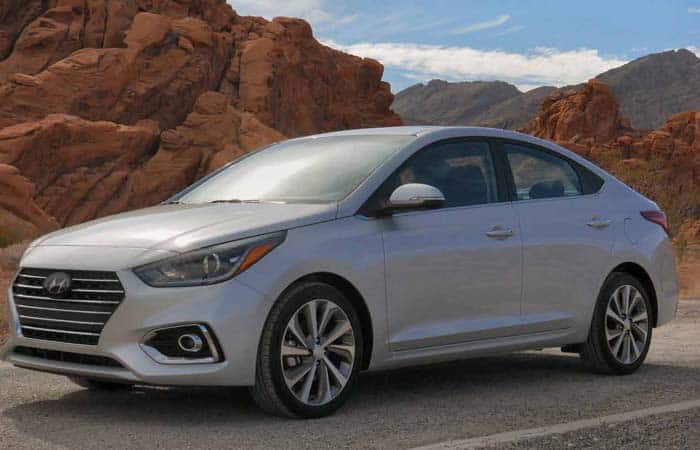 Well, in this race we have too many challenges. And most of them have participated from the Japan and Korea. Nevertheless, we get pretty reliable and modest kind of cars from these manufacturers. Such as the Hyundai Accent.

The Accent has a pretty detailed history of success. It was announced in 1994 as a successor of the Excel. Though it was a new brand itself, it rolled as Excel in some parts of the world up till the year 2000.

This Accent is notable throughout the world. This car is primarily produced in South Korea. But because of its fame, numerous global automobile companies have partnered with Hyundai to produce Accent. Such as the Beijing Automotive Industry takes the credit for filling the Chinese needs for this car.

In the same way, the Accent is rebadged for some markets. Like the Dodge Attitude is a rebadged version of Hyundai Accent. The Russian and the Australian market even have a bigger slice of the pizza for the Accent. Well, here in North America, the Accent has been awarded as the longest running small family car. Besides being a small family car, the Accent even participates in the sports. Hyundai has presented Accent in the World Rally Championship for the Hyundai World Rally Team.

Further, the Hyundai Accent is available in three models. The base version is characterized as the SE, mid-level as the SEL and the finest as Limited. And the lowest MSRP is $14,995.

The Hyundai Accent was once available with a variety of drivetrains. But the fifth generation Accent is left with only one drivetrain. Rest of the versions have been rebadged as Solaris in Russia and Verna in China and some other regions.

The Accent is available with the 1.6 L inline-4 cylinder engine. This mechanism was also used in the previous generation. But the present generation has lost some power to compensate fuel mileage. Now it is a 130 hp engine, 8 hp lesser than its ancestor. And it gives 5 mpg better mileage than its ancestor.

While driving in the city, we recorded 27 mpg. And on the highway, the Accent gave 37 mpg. In our records, the combined mileage we received is 32 mpg. Well, away from the mileage, the Accent felt a bit underpowered. It scored 0-62 mph launch in 8.6 seconds. And her track best is 121 mph. It is certainly 0.3 seconds slower than the sixth generation Accent.

But the family drivers would appreciate Accent to save them some more on fuel. They would not want it to run a quarter mile faster than the hell. Well, the base version Accent comes with the 6-speed manual transmission with an option of automatic. While the SEL and the Limited version get the 6-speed automatic as standard. The manual is fine, but the automatic is pretty much underpowered. With the automatic inbox, you would really feel like pushing the accent to your destination.

Well, the handling is quite urban. The Accent steers smoothly with the subtle brakes that give a warm hump the car. Indeed, the Accent has been designed to truly suit the family drivers.

The Hyundai Accent is a pleasant looking subcompact sedan. The hatchback is expected to be launched in 2018. Well, the sedan gets the huge tiger grille in the front. It is unlike a number of other cars from Hyundai. The projector headlights seem like the eyes having eyebrows under them. The fog lights even give the same impression.

The sides seem much like a handsome fish. The tiny fishtail at the rear really makes it look like a fish. Well, do not take it as a fishtail. It is actually its spoiler tended upside.

The rear is certainly setup like a number of city riders such as the Toyota Corolla and the Honda Grace. Well, the SE and SEL share the halogen taillights. While the Limited enjoys the taste of LED lights.

The Hyundai Accent gets a neat and refreshing interior. Well, we really were not expecting such a cool interior in this car. We thought that it would be yet another car with the basic interior setting. Though the ingredients are pretty simple. But they are appointed quite neatly. The base and midlevel model come with the cloth seats. While the upper trim gets the premium finished cloth seats. The two position seat height adjustment is standard. And the armrest storage box in only available in the SEL and Limited models.

The Limited gets the most luxury of the Accent series. Like heated seats, automatic climate control and proximity key. Away from the ingredient, the Accent has enough space in the front row. While the rear row is a bit congested. It is pretty cool for the families with children. But not for the adults. And the trunk has enough space to carry the monthly groceries. In total it offers 13.7 cubic feet of space.

The base version SE comes with the 5-inch touchscreen infotainment system. Precisely it is the multimedia music player with 4-speakers. The SEL and the Limited share the 7-inch touchscreen with the Apple CarPlay and Android Auto. Further, they even get 6-speakers for the audio system.

The safety column of the Hyundai Accent is even filled with plenty of features. The passive safety gets plenty of airbags and strong belts to fill up this column. Further, the cruise control and the ABS enhance the safety details.

In the active safety column, you will get blind spot monitoring, forward collision warning system, stability and traction control. The tire pressure monitoring system is standard for the Hyundai Accent. Along with that the braking assistance system and the electronic brake force distribution is also standard for all the trims.

The Toyota Yaris iA, formerly the Scion iA, is one of the closest competitors of the Hyundai Accent. Since the iA came under the banner of Toyota, it got some serious improvement. The Yaris iA is capable to match the performing details of the Accent. And the interior design is even quite awesome.

The quality of Accent is deniable. It is a strong, smooth and decent city car. It could certainly be the best choice if you are looking for an entry-level sedan.