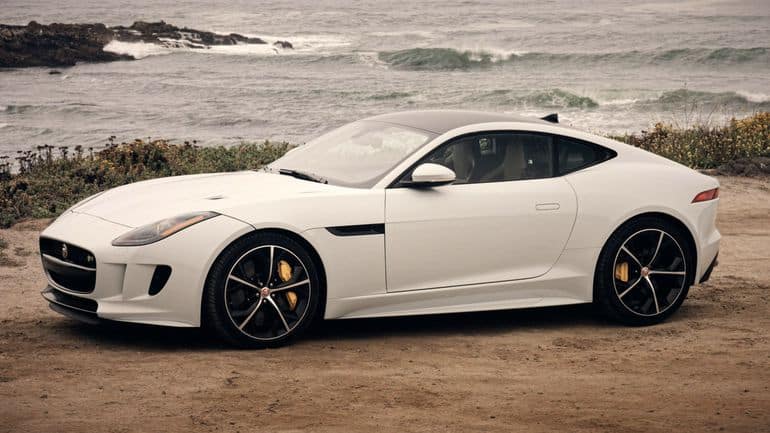 The Jaguar Land Rover has shown some bright intent towards the performance car production since last few years. The Jaguar F-Type is one of the notable examples of the performance cars. Till the mid-90s, Jaguar had been coming up with excellent examples for motorsports. But soon as the new millennium started, there appeared an apparent halt in the progress of Jaguar.

Until Jaguar remained under the control of Ford, it had been developing family rides. Whether it was a sedan or an SUV, they were much like the errand runners. As soon as the company was acquired by Tata Motors of India, it resumed its working on the performance cars.

The Jaguar F-Type replaces Jaguar XK and E-Type. The E-Type is even a notable sports car of the 70s while the XK has been discontinued soon after the launch of F-Type. The F-Type has been developed on the C-X16 platform. Though it was a hybrid platform, there is no hybrid drivetrain in F-Type. The design of F-type even shares some bits with the C-X75. Jaguar was up to launch the C-X75 but it canceled the project because of its high cost of production.

The Jaguar F-Type’s drivetrains are one of the best drivetrains available in the world today. Though it starts from the inline-4 cylinder engine, it is strong enough to go head-on-head with its German competitors.

F-Type begins with the 2.0 L inline-4 cylinder turbocharged engine which makes 296 hp rated at 295 lb-ft of torque. This drivetrain is offered in the European market along with the other drivetrains.

The North American market starts from the V6 engines. The first is the 3.0 L V6 supercharged engine. The engine is available with two tuning level. The first is offered in the F-Type standard and the F-Type premium which is rated at 340 hp making 332 lb-ft of torque. The same engine is offered in the F-Type S, F-Type S (AWD) and the British Design Edition where it makes 380 hp at 339 lb-ft of torque.

The V8 drivetrains begin from the F-Type R. Here the drivetrain has a 550 hp 5.0 L V8 supercharged engine which is rated at 502 lb-ft of torque. Though the SVR even gets the same engine it has been tuned sharper. There it makes 25 more horses and 14 lb-ft of more torque.

Whether it’s an inline-4, V6 or the V8 drivetrain, it moves smoothly and softly. The handling is almost perfect. You don’t feel a single gush while even taking a sharp turn.

The F-Type has been purposefully designed for sports drive. Whether it’s a coupe or a convertible, there is a massive application of aero and autodynamics available on the car. Well, Jaguar F-Type is one of the sexiest cars living today.

The front design of the car bounces the air to the rear for an enhanced downforce. While the rear glides the air down which provides an additional push to the car. Whether you are driving in a congested street or the freeway, you would not feel the car dwindling freely, especially at high speeds. The C-X16 concept has been followed thoroughly in the designing of the F-Type.

An all-aluminum limited version is even available in the F-Type series. It has been titled as the Project 7. It has been produced in the honor of the LeMans Winner of the 1950s.

The Jaguar F-Type is a lavish car from inside. The interior ingredients have the quilted leather seats and accent trims, user-friendly cabin, and a comfortable environment. The ducked sporty seats are already there in F-Type. Still, there is an option for enhanced sports seats.

Though it’s a sports car, it offers 14.4 cubic feet of space in the trunk. And even the seating is quite spacious. You will not feel like you are stuck somewhere. Instead, you can feel the richness of its luxury.

An 8-inch touchscreen infotainment system is available in the Jaguar F-Type. It is standard for all the models of this car. Well, this system offers navigation, climate control, telephony and mobile connectivity. The music system in the car is fantastic, and indeed soothing. Along with the entertainment features, this infotainment system even supports configuration of the dynamic controls of the F-Type S and R.

There is plenty of safety equipment available in the Jaguar F-Type. When it comes to the passive safety of the car, the F-Type is certainly up to the standards. It comes with the occupant safety, rollover protection, and electronic braking distribution. While the active safety of the car has stability control, parking assistant, and blind spot monitoring.

The Lotus Evora 400 is considered to be a better car than the Jaguar F-Type. But as per our tests, the F-Type is faster, smoother and luxurious as compared to Evora 400.

So much of power, comfort, and fun at this price is definitely reasonable. The Grand Tourers would love to ride the Jaguar F-Type.