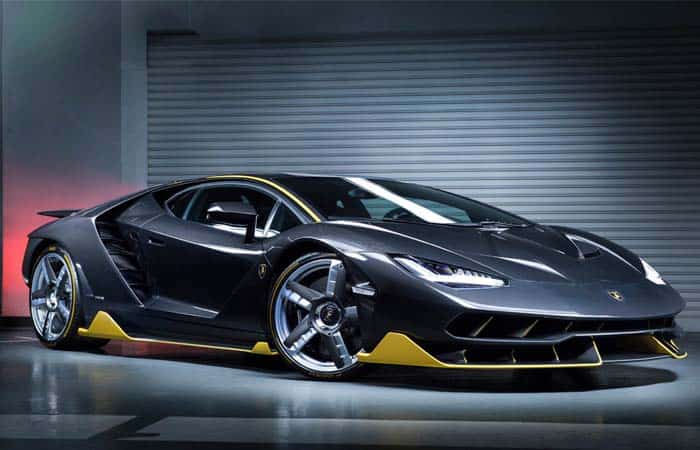 Some cars are designed as an honor and memorial. There have been numerous cars in the history that created an accolade. Like, the initial versions of Chevrolet Corvette were awarded to the astronauts of NASA. Similarly, the royal charters even get a lot of cars as an accolade.

The same pattern has been adopted by the Lamborghini to honor its founder. During the Geneva Motor Show 2016, Lamborghini introduced Centenario, a model from the Aventador series. It was launched as a limited version car (total of 40) to honor the Ferruccio Lamborghini. Mr. Lamborghini was famous for his industrial revolution for the agrarians in Italy. And after launching the Automobili Lamborghini his fame reached the highest star.

Well, just the 40 Centenarios are available. 20 of them are the roadsters while the rest of the 20 is the coupe. It has a lot of similarities with its parent series. But being a special version, it has numerous technical, exterior and interior refreshments.

Though the specs are not that much high. But she carries the badge of an honor. The Centenario is available for $1.9 million. Well, that is indeed too much if we have to consider the performance and the design of this car. But if it is about the memory and its royal attitude, then this price is pretty trivial.

This concept seems pretty much dated in the world of today. Whether it is the business community or the white collars, they tend to get something with better specs, advanced technology, and convenient mileage. But still, there are a lot of guys who prefer the uniqueness. And that is critically important for those that the available quantity should be quite limited. Otherwise, it would not stay unique at all.

Building something from a scratch might require a lot of time to get done. Some existing theories are reconstructed in order to make an innovation. Along with that plenty of new ingredients are required to make it practical.

But in the case of re-engineering an existing stuff, does not require much of the effort to be exhorted. Especially, when you have to construct a memorial for a legend, you cannot really do experiments. Instead, you prefer improving an existing option.

With these power specs, the Centenario is capable of reaching 62 mph mark in 2.8 seconds. Further, her track best is 217 mph, which incredible awesome. She is indeed a legendary hypercar.

Well, we are really fancying to get a ride of the Lamborghini Centenario. And when we got a chance to dive it, it was initially like a dream. A huge a powerful coupe with tons of horses running in the engine with loads of exhaust suppressed using the Euro-6 level 2. When we got back into the reality, we thought to test the handling. It was delicately poised with the dose of electrons running inside the steering wheel. Every turn felt like we were gliding in the air. And when we braked this car, it stopped like a hell. Quite actively and responsively, indeed!

The Centenario gets a refined detail from the Aventador. The aerodynamic configuration is far more responsive than it is in the commercial production Aventador. Well, our Centenario got 20-inch from and 21-inch rear forged alloy wheels. There are plenty of options available for the wheel designs.

Well, she is available for the coupe and a Roadster (convertible). The color choices are quite limited. But there are some good contrasts available for this car. Ahead of that, the active dynamics include the electronic spoiler with three dimensions.

Our aerodynamic analysts described the cuts and hides in this car. The front lower vents are for the air passage into the engine section to make it cool and calm. Well, it would be good options, as we have seen a lot of Lamborghinis burning off because of the engine heat going too much high. The sides even get some vents, and they even work as the coolant for the engine.

Besides, the Centenario is a comprehensive display of enhanced aerodynamic techniques that can balance a car even if it is riding at the match.

The interior of the Centenario is quite incredible. Though the comfort level is quite similar to a number of luxury cars available in the world. But it is appointed in super form. The driving seat is no less than a cockpit of a fighter jet. Too many lights glowing around you, with a lot of romantic ambiance touch. Further, leather seats and accent trims are standard. Seating is just for the two, like the rest of the Lamborghinis. And the seats are quite comfortable.

You would never think of modifying the interior design of your Centenario.

Well, unlike most of the Lamborghinis, the Centenario features a 10.1-inch touchscreen infotainment system. It runs a custom system, based on Audi’s platform. Further, it gets the Apple CarPlay which is indeed a fantastic inclusion in this car. Normally, we do not see such techs available in hypercars. Ahead of that, the Centenario comes with a Wi-Fi, which is yet another awesome inclusion.

By the way, this car is a memorial for Mr. Lamborghini. If he was alive today, would he prefer to add these features to a hypercar? Certainly, not! Instead, he might have preferred adding some more speed.

The Centenario comes with plenty of airbags. Such as it has driver’s airbag, the knee airbag, and the side airbags. Well, besides the bags and the belts, the Centenario gets the side protection system. It is what that reduces the collision impact.

Well, under the hood of active safety, we get the electronic stability control with the anti-lock braking system.

The naturally aspirated V12 Centenario gets the competition from the LaFerrari. These both cars are the masterpieces of V12 tech. They have a good history of sporting. And they are full of pleasure. But the LaFerrari leads the race because of its outstanding performance details.

The Lamborghini Centenario is a class apart. She is full of suspense and thrill. And indeed, she is really a Diva.