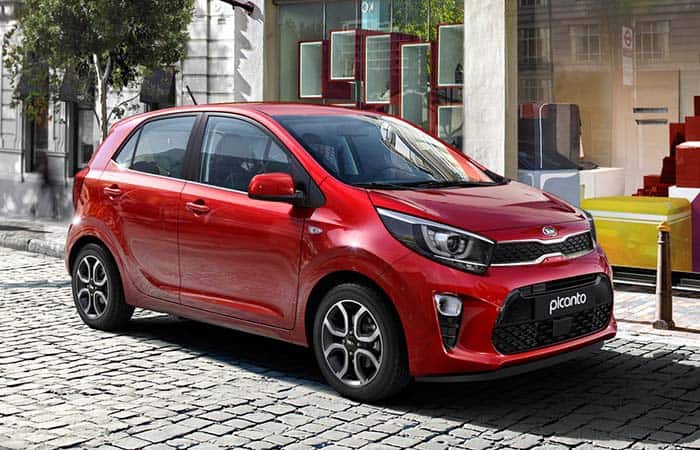 Good Morning! Welcome to another Kia’s city car fleet that is in business since 2004. Well, the Kia calls it the Picanto in the international market. While in South Korea this car is famous as Morning.

The Kia introduced the Picanto as the replacement for the Visto. The Visto was the rebadged version of the Hyundai Atos. Visto was expected to generate a greater market response because of its styling and drivetrain. Even it was marketed throughout the world. But its weaker suspension could not really bring in a good response to the company.

Ultimately the Visto was put to an end and the Picanto was revealed during the 2003 Frankfurt Auto Show. Its initial styling was similar to the Visto. And even the drivetrain was similar. But soon as it entered the second generation in 2011, a lot of stuff got different. The Picanto received some refreshed styling, a better drivetrain option, and some neatly appointed interior.

The second generation received far better acclaim than the previous one. Even it earned numerous awards for the company, such as the Transportation Design award for 2011.

After a successful second generation, the Kia introduced the third generation for Picanto in 2017. The car was revealed at the Geneva Motor Show and was introduced as the model for 2018.

Soon as it came out, it earned the Car Design Award. Along with that, it just recently received the Best City Car Award.

Well, the Picanto is available in 7 different models. The starting price for this car is around $12,750. And the finest trim level in the series is available for as low as $18,650. So far, she is so good. We found a lot of folks this morning praising this car.

The Picanto has been reduced to three drivetrain options. The latest version of the Kappa-II has been included for this car.

Well, the base model and vital drivetrain option come with the 1.0 L 3-cylinder engine. This is a fuel-saving engine, that cut downs a lot of your refueling budget. Moreover, it offers a handful of options to reduce the maintenance cost as well. Well, this 68 hp engine is really something that makes the Picanto a best city car.

Kia has a solution for the performance lovers as well. The turbocharged 3-cylinder 1 L engine has the capability to bring out thrilling performance. This variant is available with 90 hp of power with 110 lb-ft of torque. And certainly, this is the tiny speedy variant in the Picanto series.

The bigger 1.25 4-cylinder engine is a just another modest variant available for the Picanto. This is the 86 hp engine with 90 lb-ft of torque. This is the most stabilized version available in the Picanto series.

Further, this drivetrain as either mated with the 5-speed manual transmission or the 4-speed automatic. When it comes to the handling, Kia has certainly blessed Picanto with a remarkable steering ability. It moves quite gently and shows activeness on every turn. Along with that, the braking offers a good support to the car at every speed level.

The present generation has received the refreshed exterior design. The grille design has been sharped up. And the headlamp design has been revamped. Further, the base version Picanto features steel wheels and halogen headlamps. While the upper trim levels include the 14, 15 and 16-inch alloy wheels. The GT Line and the X Line models get the DRLs, LED lights, colored grilles, and sporty skirts. They have been totally designed to offer a sports environment to the driver.

The Kia Picanto features a basic kind of interior in the base models. Like, the cloth seats and fiber accent. While the upper trim levels enjoy premium upholstery cloth seats or the leather seats. Further, they get the leather-wrapped steering wheel and gear knobs.

Ahead of that, the spacing could certainly be an issue in the rear seats. They seem to be a bit congested and tight for tall and healthy guys. The sporty models get the option for red stitching on seats. Further, they include the faux leather seats with matching interior.

The Picanto comes with a monochrome audio system with the radio options. While that is what is available in the base models. The upscale and midlevel models come with the 7-inch touchscreen infotainment system. Well, this system offers the multimedia options, radio, and navigation. Further, it features the telephony, wireless smartphone charging, and the voice recognition. The Apple CarPlay and the Android Auto are also available for this system.

In the entertainment corner, the upscale Picanto feature 6-speaker auto system with a powerful amplifier. 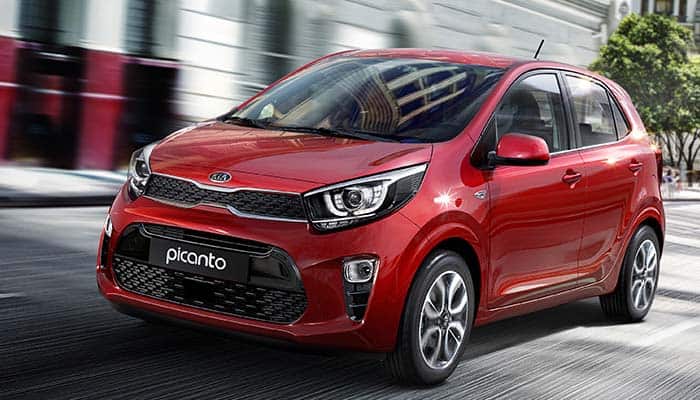 A handful of safety features is available in Picanto. It begins with the basic airbags and adjustable seatbelts. And on top of that, it offers a vital package for the active safety and driving dynamics. Well, the driving dynamics include the antilock braking system and the electronic brake force distribution system. Next, to that, the active safety features include the parking assistant and the tire pressure monitoring system.

The Suzuki Swift is ranked closer to the Kia Picanto. The styling is different between both the cars. While the performance caliber and the interior appointment is almost similar. And both of these cars have a lower maintenance cost.

The Picanto is surviving a delicate competition because of too many rivals around it. And in all such situations, it is proving to be a fine option to consist. Certainly, it is not a bad choice at all.