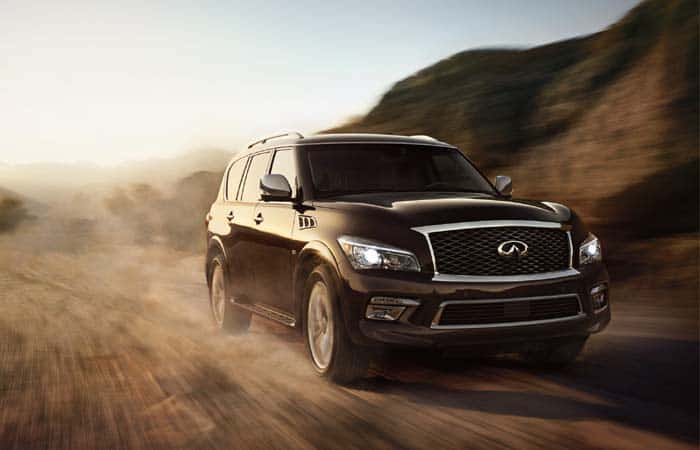 Almost every other luxury car from Nissan has been rebadged as Infiniti. Whether it is a sedan or an SUV, nothing has been left back. Well, in a way, every Infiniti is actually a Nissan. The one we have here today is the Infiniti QX80 which is actually a rebadged and slightly modified version of the Nissan Armada.

This QX80 was actually launched as the replacement for the QX4. And for a long time, this car has been titled as QX56. The QX56 was launched back in 2004 at the same time when the Armada was introduced. The QX56 shared a lot of stuff with Armada. And it mainly differed in terms of some designing and badge. This QX56 carried on till 2013, and after that is was renamed as QX80.

The QX80 is the largest format of the Infiniti QX series. It is the full-size SUV offered in this whole series. Since 2014 in carrying on as the QX80 and it is still the same. Well, Infiniti used the same design for the car and did not make any changes for the next 3 years. By the end of 2017, the facelifted model was displayed during the New York International Auto Show. And it was launched as the model for the year 2018.

Ahead of that, the QX80 is available in two trim levels. The base model comes with the RWD and is available for as low as $64,750. While the top-notch gets the 4×4 configuration and it is almost $3,100 above the baseline. Further, it even includes some more interior enhancements and the exterior cosmetic variation. But the drivetrain is the same in both the vehicles.

The QX80 is the largest SUV available in the whole QX series. And even it has the giant drivetrain among all QX SUVs.

The one in the QX80 gets 400 hp of power with 413 lb-ft of torque. This power rating is certainly lower than the one available in Q70. But it is higher than that of Armada. Ahead of that, this drivetrain comes mated with the 7-speed automatic transmission. This is the only transmission option available for this car.

Further, the driving experience in this car is pretty phenomenal. The engine delivers sheer power to the engine. And none of the curves on the road feels to bother you. The torque displacement is really fantastic in this car. Certainly, it is one of the finest drivetrains for an SUV.

Ahead of that, the QX80 delivers a decent handling experience to the driver. It seems like the QX80 has been designed for every turn on the road. The braking and the steering go on in an aligned harmony.

Nevertheless, the performance specs of this car are playing a vital role in keeping it up in the market. In addition to that, the base version QX80 comes with the rear-wheel-drive configuration. While the top-notch get the all-wheel-drive.

The Infiniti QX80 resembles a lot to the Nissan Armada. It has the same huge structure and similar designing. Just the major differences are the badge and some plucking that QX80 gets to become an executive level SUV.

Well, the QX80 sits on 22-inch alloy wheels with an optional tire and wheels package with the same dimension. Indeed, the options are much like the Armada. But they are costly because of the Infiniti badge. And if you get the same stuff for your Armada, that would be cheesy and cheap.

A comfortable interior awaits inside the Infiniti QX80. It is very quiet inside this car, with almost minimal noise coming. Certainly, there is zero noise inside. Well, that is all because of the noise reduction insulation installed in the door panels.

Further, the interior ingredients include fine quality leather-appointed seats, heated front seats, leather-wrapped heated steering wheel and gear knobs. Along with that, the rear seats get the LCD screen for the multimedia entertainment.

Overall, there is a lot of space in this car. Even the boot offers some decent amount of cargo storage. But the whole appearance it pretty much outdated as compared to its rivals.

The amazing thing about the Infiniti QX80 is that all of its technological features are standard for both the models. Well, the QX80 comes with the 8-inch touchscreen infotainment system. This system features a 3-D navigation system with the driving assistant. Further, the voice recognition, Bluetooth streaming, and vehicle information system are some basic features. The QX80 also gets the SiriusXM with the 4-year pre-package.

The bigger ride needs sharper safety features. Likewise, the Infiniti QX80 features a good amount of passive and active safety. Such as the advanced airbag system with dual-frontal airbags and sensors to sense the occupant. Further, the adjustable seatbelts bring in crash severity classification that senses the collision impact and tightens accordingly. Along with that, the QX80 features the LATCHES for the children with the child safety door locks.

The giant GMC Yukon sits atop Infiniti QX80. Its powerful drivetrain and monstrous powering option make it a vital option for the off-road drivers. While the interior appointment and the exterior designing is almost similar in both the vehicles.

The Infiniti QX80 is indeed one of the finest full-scale SUV available in the market today. Its marvelous drivetrain offers a supreme option for the performance.