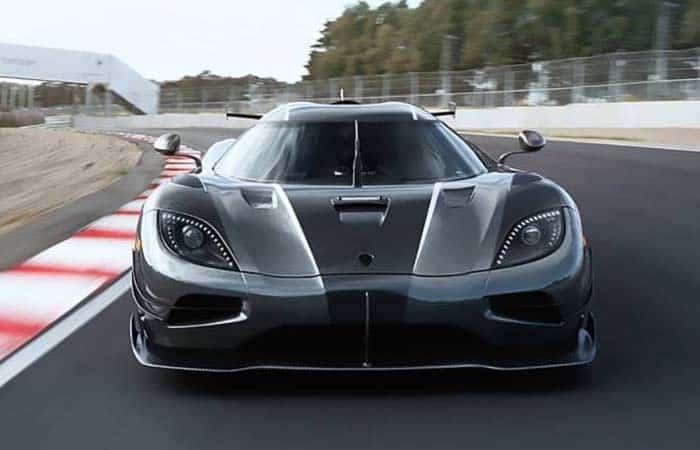 A very careful process is involved while producing a mega car. There is a whole of the brain involved in aligning the mechanism, building the design and decorating the interior. And after a very keen job, a mega car is finally produced.

The Koenigsegg once introduced the Agera series. Those were the hypercars that were characterized for superb performance and exhilarating design. While one of their models set the record to become a megastar.

Well, that was 2010 when the Agera was introduced for the first time. It came out as a successor for the CCX, a short life sports car with multiple records. While the Agera was capable enough to level and succeed all the records set by CCX and its variants.

The Koenigsegg Agera is a legendary hypercar with a mind-blowing performance and amazing aerodynamics. Further, the Agera includes 5 major variants and dozens of special editions. While presently there are only two models left in the whole range. Well, the initial model is the Koenigsegg Agera RS and the latest is the Agera Final.

Among all the models the One:1 had been an influential variant in the whole series. It settled up various records and remained the finest car throughout its life. Further, both of the present models are based on the mechanism of the One:1.

The Koenigsegg costs a few million dollars. And its recorded lowest prices is $2.5 million. In addition to that, the fully customized version may cost more than $3.5 million. It is indeed a rich ride with a flavor of suspense and glamour.

A single 5.0 L V8 twin-turbocharged engine is divided into various tuning levels for this car.  The peak power ratio is equal to 1 megawatt of power, making it the most powerful car in the world. While the performance is extremely thrilling.

Well, the available RS model comes with 1,160 hp of power at 940 lb-ft of torque. While it gets an optional package of One:1 drivetrain with almost 180 more horses making it a beast on the road.

The Final edition comes with 1،341 hp of power making 1،011 lb-ft of torque. Its mechanism is purely based on the Agera One:1, equaling 1،360 PS. And the total weight of the car equals 1،360 kg. Further, the power to weight ratio equals 1 PS per Kg. In addition to that, this is the fastest living Agera of the date. It can easily lap 0-62 mph within 2.8 seconds. While some fine drivers even scored 2.6 seconds. And the Governor limited top speed is 260 mph.

Both of these versions come with a 7-speed automatic transmission with a single input shaft. Well, this system was even available in the previous models of Agera. And it is the first ever single shaft input system available for the transmission line.

The obsolete models included the Standard, R and S variants. And the entry-level package was available with 927 hp of power making 810 lb-ft of torque. While the finest performance variant achieved 1124 hp of power.

Well, this is an extreme form of performance with a blasting acceleration and sky-high top speed. Indeed this is truly a choice for the performance lovers.

The Koenigsegg Agera includes a bunch of aerodynamic features that grip the car for the steady performance. Overall the Agera has sharp looks with plenty of curves and a stylish spoiler. Further, it gets various designs for the alloy wheels, a handful of color and vinyl options and quite less weight than an average hypercar.

While the available aerodynamics are good enough to keep the car on road. The active front flaps provide sufficient downforce that never let it slip on high speeds. And the twisty active spoiler balances the swift movement of the car.

Inside the Agera, you will find luxury seats and a nice interior design. Ingredients vary between leather, suede, matt, and cloth. The sporty seats are standard for all the variants. While their covering could be altered based on your choice. Along with that, you can even choose the seat and trim colors from a range of available shades.

Ahead of that, the Agera only gets the spacing for two. And it offers a couple of convenient spots to the driver and the passenger.

The Agera gets a few handy tech specs as well. It comes with a touchscreen infotainment system equipped with the satellite navigation. Further, it includes the MP3 Player, USB ports for the smartphone and tablet connectivity and climate control. Ahead of that, the Agera includes the digital warning system that keeps the driver alerted about the various driving conditions. While the G-Sensor enhances the driving experience. It keeps on monitoring the gravitational impacts on the performance.

The Koenigsegg has carefully crafted the safety specs for Agera. It comes with a dual-airbags system and adjustable seatbelts. Further, the Agera gets the antilock braking system, electronic stability control, and the traction control. Indeed when you have to drive the Agera with its full performing ability, you definitely need these features. Ahead of that, the Agera even gets the tire pressure monitoring system that keeps the driver updated about the tire condition.

The Buggati Chiron deems to overtake the Koenigsegg Agera. While with all the limitations removed the Agera succeeds the Chiron. Well, both of these supercars have unique designing and remarkable interior setup. And they both are currently the best hypercars in the world.

The Agera is a fantasy for all those who with less than $3 million in their bank account. But they can still have it in the video games.