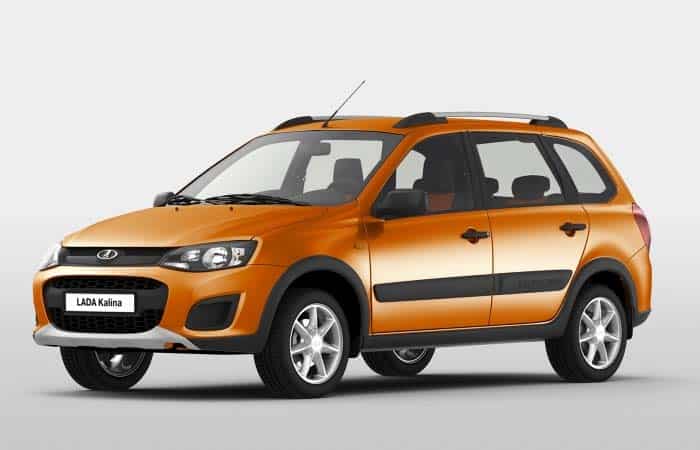 The Russian automaker AvtoVAZ had presented a few concepts for the city cars. And among those few, there had been numerous hits. Just like the Kalina that has been researched since 1993.

The company took half a decade to present a supermini to the world. The car was introduced six years after the beginning of the project. It was titled as the Lada Kalina that was yet another city car under the Lada badge. Year after year a different exterior style was introduced. But the commercial version was still not launched into the market.

Finally, the Russians worked out the production version in 2003. And a couple of years after it was introduced into the market. The first one to come out was the Kalina sedan. Following that the hatchback came in. And finally, the station wagon showed up. Well, that was the beginning of the first generation of this car. During this generation, the only electric version Kalina was also introduced. But only 100 of them were produced.

The second generation Kalina was introduced at the Moscow International Automobile Salon of 2012. The sedan version was not included and only the hatchback and station wagon models were launched. Well, this generation came out with plenty of nice improvements that enhanced the driving experience.

Amazingly this car is available for around $4,950 in Russia. While living in Russia you can drive the finest version for just $6,320. That sounds really… really cheap and you might never find so low pricing on a car.

The Lada Kalina is only available with a single drivetrain option. And it only runs on the gasoline with no diesel option available. Further, the front-wheel-drive comes standard for this car.

Well, the entry-level model comes with the 8-valve engine producing 87 hp of power at 103 lb-ft of torque. And this variant comes mated with the 5-speed manual transmission.

The 16-valve version makes 98 and 106 hp of power. The manual transmission adds 8 hp of power to the base transition. While the 4-speed automatic behaves underpowered. Ahead of that, both of these variants offer a decent mileage.

Additional there is a very less maintenance cost associated with this car. And this makes it a robust option for the family drivers.

Well, there is nothing much available in this car that could make it run faster. But there are steady and strong handling traits included. The electric powered steering offers crispy handling experience paired with sharp brake calipers.

The Lada Kalina is mainly available in hatchback styling. While the station wagon format is evenly famous in some markets. Further, styling is simple but old school. But the ingredients are fresh and modern. Well, the halogen headlamps, steel wheels, and fiber bumpers are available on base variants. And the flat rear gets the halogen taillights, indicators, and reflectors.

If you go for the Kalina Sports edition, you will get projector beam headlamps, fog lights, 16-inch alloy wheels, and the DRL. The upper trim models get the alloy wheels as standard and additionally, they get the roof rails.

The Kalina offers to space for 4 including the driver. The cosmetics include cloth seats and the fiber accent. While the leatherette seats are optionally available. But they come standard on the top trim level.

Further, the interior appointment looks old but it includes plenty of convenience spots. Ahead of that, the cargo spacing is fine for carrying a few grocery bags. But the station wagons offers plenty of cargo space with enough space to sit comfortably.

The Kalina’s base variants get only the audio system with a CD/DVD player and radio. While the top models get the 7-inch touchscreen infotainment system. Further, it remains optional for the mid-trim level. Well, the infotainment system includes multimedia options, telephony, Bluetooth and smartphone connectivity. And the navigation stays optional.

Well, the infotainment system is simple and easy to use. And it responds actively with no hindrance. Further, the colored driver’s cluster display is optionally available with configurable options.

The Kalina comes with all the essential safety equipment. In the passive safety column, it includes the airbag for the driver and the stretchable seatbelts for the front and rear row passengers. Along with that, the Kalina includes the side door impact reduction bars to reduce the effect of the collision. Further, the active safety features include the antilock braking system installed on all wheels. Along with that, it gets the option for the electronic stability control and daytime running lamps.

Besides the Russian market, the Kalina takes a major place in the East European markets. And there is comfortable finds a competition with the Dacia Sandero. Well, the Sandero is a class apart. As it offers plenty of drivetrain options and affordable trim levels. While the Kalina is a bit conserved when it comes to the drivetrain variation.

The Kalina is indeed a fine city car and it easily fits into the garage for the families looking for an economical car.