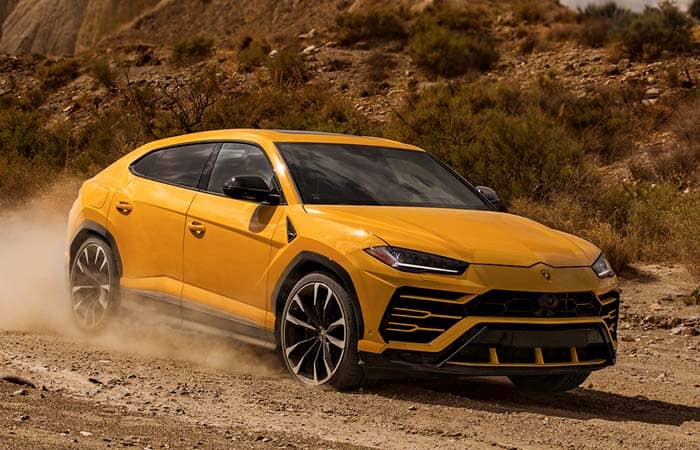 How would it seem like if Julia Roberts begins acting like a superwoman? She is a pretty cool actress and she might even perform well being a superwoman. But she would seem weird. Yeah, if Gal Gadot appears as a superwoman, she would certainly suit best in that role.

Well, in the same way, if Ferrari begins to produce SUVs. How would that feel like? But we have to compromise our feelings because Lamborghini is out with an SUV. It is the Urus based on an SUV revealed at Beijing Auto Show 2012.

There are a lot of concept vehicles that Lamborghini has introduced that never came into the production line. Such as the Estoque, a sedan, that was expected to be launched but it is still in progress. Similarly, there had been a lot of speculation that Lamborghini would not prefer bringing out an SUV. But an SUV from a hypercar producer has a different impact other than an already existing off-road producer.

Ultimately, the Audi and Volkswagen decided to finalize the Urus and bring it to the world. Well, the last time Lamborghini introduced an off-road vehicle was back in 1986. And it was discontinued in 1993. That was the notorious LM002 which only had 328 units. But since then, there has been no such development from this company.

The production version Urus was displayed in 2017 at the Lamborghini’s headquarter. Unlike rest of its cars, the company has planned to go big with this one. The representatives narrated that 1,000 units would be built for the year 2018 worth $200,000 each. While in the following year 3,500 more would be produced. And for the cause, the Lamborghini has increased a plant at their factory in Italy. Amazing!

Normally the SUVs are not this much strong performers. They carry the weight for either the domestic driving or the conventional off-road endurance. But the Urus has set up a different example for the SUVs.

As like its siblings, the Urus is a hyper-SUV. Though it gets a regular type of drivetrain. But the power ratings are spectacular. The Urus comes with a 4.0 L twin-turbo V8 engine that is usually found in Audi’s luxury sports cars such as the A8’s sports trim, the S8. But the tuning level is slightly different over there. It is expected that Lamborghini would be using the same engine for its hypercars as well. As it has better mileage and lower emission than the V10 and V12 dimensional powertrains.

Well, the Urus has 650 horses at 627 lb-ft of torque. And the powertrain is mated to the 8-speed automatic transmission. The Urus gets its engine in the front, which is certainly an unorthodox feature for a Lamborghini. But still, it follows some traditions, as it is an all-wheel-drive vehicle.

Lamborghini has not forgotten its culture of hyper-technology while creating this SUV. The Urus laps 0-62 mph within 3.7 good seconds. And not to forget, Urus is the fastest SUV alive today. Its track best is 190 mph.

Urus is not just a speedy SUV. It has plenty of off-road capabilities. Such as the rear-wheel steering capability along with the air suspension system, which provides a good assistance while driving off-road. The Urus makes a ground clearance of almost 9.8-inches.

This comprehensive off-road Urus is certainly a surprise launched by Lamborghini. It has indeed the perfect capabilities that are simultaneously required by performance and off-road drivers.

There is a lot of Wow factor in the Lamborghini Urus. The attractive LED headlamps, smiling face, frontal vents and the crossover fall makes it look amazing. The 21, 22 and 23-inch alloy wheels with a vigorous spoiler make it seem aggressive. Indeed the Urus is quite aggressive in nature. But it has an enchanting design. Somehow, it is the extract of the modern-day SUVs. Well, there is plenty of aerodynamics on this car. That is why she is capable of beating all the present SUVs.

Urus is certainly a perfect design for an SUV, but you would not prefer to drive it on the countrysides.

The interior design of Lamborghini Urus is even different than its siblings. Though it has the same leather seats and carbon fiber ingredients with a soft-touch material. But here you would more detail options than any other Lamborghini.

Especially, there are plenty of options available to enhance the comfort level of Urus. Like the perforated leather steering wheel, specially crafted leather seats, embroidery, and stitching on seats. Along with that, a pretty soothing ambient light package is also available for the Urus that would certainly turn your mood towards this car.

See Also: How To Sell A Car? Dealership Trade In Or Selling Privately?

The Lamborghini Urus comes with the dual-screen infotainment system. The upper screen is the multimedia configurator and the navigation screen. Along with that, it has the Android Auto and Apple CarPlay supported. The lower screen is for the climate zone configuration, seat settings and heating, and a lot of other internal and external functionalities.

The Urus comes with a digital cluster driver’s gauge, borrowed from Audi. It shows navigation, ride status, multimedia and has some other features.

After a long time, Lamborghini has introduced a 4-5 passenger vehicle. Ultimately, it was essential to properly take care of the passive safety of Urus. And Lamborghini has done it well. There are plenty of airbags, seat belt options, cruising, and the ABS.

Ahead of that, heads-up display, night vision, highway assistant and lane keeping assistant are available. Further, an advanced driving assistance package is also available which includes numerous features that help in driving safely.

The Bentley Bentayga shares its powertrain with the Urus. And before Urus, Bentayga was the fastest SUV in the world. Besides shape and interior appointment, rest of the features in both the cars are similar.

Well, it is the first year of Urus in the market. And it has invited a lot of competition. For the time being, Urus is the most powerful SUV. But what the future holds is uncertain.