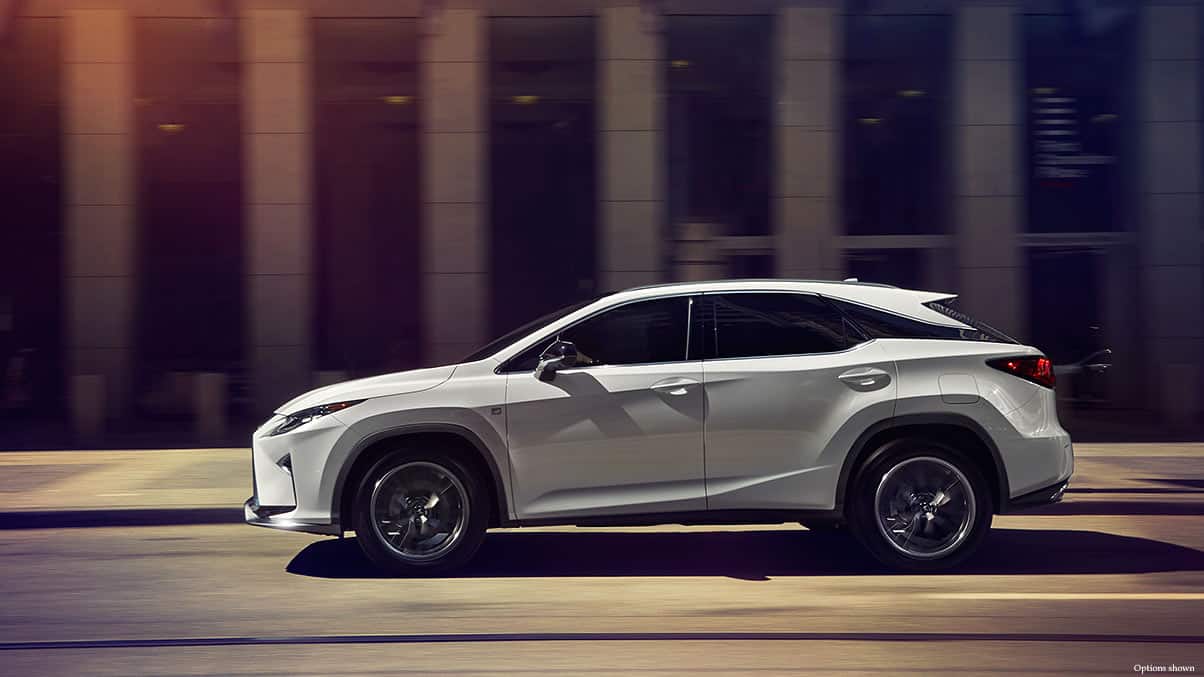 Luxury is the component of richness in this world. Comfort is the add-on feature of luxury. But luxury is not always complemented for money. Some luxurious are quite economical.

Lexus, the luxury car division of Toyota has some profound cars tagged for hobbies and leisure. But among those comfortable rides, there are even some that are tagged economically. The Lexus RX is among those.

RX is full of luxury, performance and style. It’s agile comfort for the driver and the passengers. RX was introduced in the market in the year 1998. Just an year before, RX was launched as Toyota Harrier for Japan. But soon after an year the car was tagged under the banner of Lexus. Presently RX is in its fourth generation, which commenced in 2015. The generation was introduced during the New York International Auto Show.

Lexus acronym RX as Radiant Crossover. Besides it has also been abbreviated as Recreation Cross Country. Particularly RX is the younger sibling of GX and LX series of Lexus, and it is elder than the NX. They all are differentiated on the basis of their curb size.

The Lexus RX features the conventional powertrain along with the hybrid tech. The 3.5 L V6 gasoline engine is the standard drivetrain for the North American market. The same powertrain is uttered into the hybrid performance with slightly improved tuning. The standard V6 has 295 horses running with 268 lb – ft of torque. However, the hybrid version of RX has the same engine technology but with multiple fuel line. The hybrid V6 is capable of driving with 308 horses galloping at 280 lb – ft of torque. The V6 engine is available for 350, 350 F Sport, 450 h and 450 h F Sport.

Well what Lexus narrate about the V6 RX is that it could reach the 0 – 62 mph mark within 7.7 seconds. But as per our tests, the same model reached this mark within 7.1 seconds. When it comes to the mileage, we received a decent EPA from RX. The hybrid version gave us a combined mileage of 30 mpg. RX can tow up to 3,500 lbs of weight.

Exterior is one of the brightest column of this car. Since its first release, the car has witnessed a good market response. Rather the performance does take the credit for it, but a major role is played by the exterior and interior styling of the car.

The first generation of RX looked much like the Sports Utility Vehicles. Later in the following generations RX was given the shape of a wagon. While in the third generation, the body style hardly differed, but the facelift and the lights change was evident. Crimson lights were the part of third generation.

The fourth generation is given the styling of ultrasonic concept cars. The floating roof and the spindle grille makes the front look dashing. While we would get some fuel to complain about the rear of RX to resemble some variants from Toyota.

Lexus RX is full of luxury and intriguing passenger facilities. The driving seat offers a load some of luxury and comfort. It resembles much like a civilized cockpit. Well this is just for the standard RX models. The F badged models are loaded more with luxury and comfort. Mainly they are sponsored by the Lexus F interior. They have much more for the sporty audience then the family riders.

The Lexus RX has eloquent features for its riders. It has a 12.3 inch touchscreen infotainment system. The system is powered with the custom created Lexus App Suite®. The features get more enhanced with the Colored Heads – up Display. It makes the driving a fun. Well you can command the center console of Lexus RX through Voice Commands. RX is enabled to support the voice recognition for a number of functions. And if you are bored of the standard key fob, then try the Lexus Enform Remote® which will ignite, stop, lock and unlock your car using the Lexus App.

Lexus RX has a good track record of the safety measures. Overall it has 5 – star for the safety of the driver and the passenger. Alongside the passengers and drivers, it has even received a Good rating for the pedestrians and oncoming objects safety. Lexus Enform Safety Connect® is an enhanced safety feature available for the Lexus RX. Through this feature you can avail all the roadside assistance you require for your car.

Finding a competitor for the Japanese automobiles is slightly easy. Mostly you get the competition from Germany. Certainly German cars are able to compete almost every car in the world. The Lexus RX gets the competition from the Mercedes Benz GLC – Class. Through its sharper performance and muscular looks, it ranks higher than the Lexus RX.

But still you cannot neglect the comfort of Lexus RX. It is among those cars of the world that offer performance and luxury collectively.