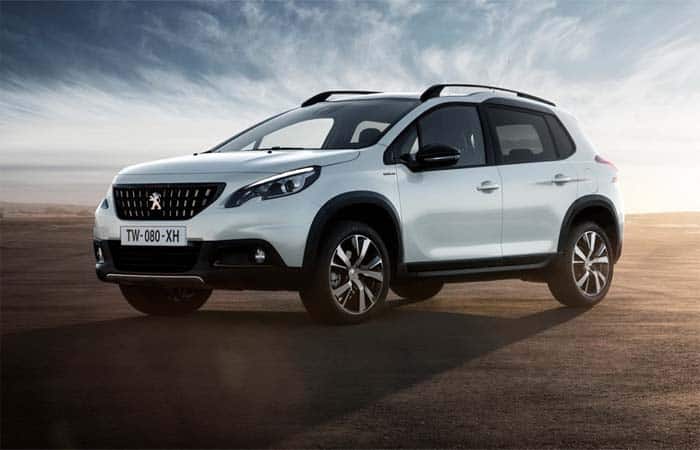 You have read about the SUVs. You have gone across the off-road monsters. Witnessing a full-size sports utility truck has even become common. But how often you come across a Mini SUV? It is not like that they have disappeared from the world. Instead, they are becoming rare day by day. And this all because the full load SUVs are becoming fuel saving and eco-friendly machines.

Among the Mini SUVs, a notable example that we can still witness today is the Peugeot 2008. The 2008 was launched in 2013 as a replacement of Peugeot 207 SW. Well, it was pretty strange that a hatchback was replaced with a Mini SUV. But it happened and happened pretty dominantly. In one of the interviews, Peugeot said that they even were not planning to come up with an SUV solution for a hatchback.

The 2008 has also appeared in the 2016 Dakar Rally. That was a modified version of this car, specially created for that even. And it utilized that drivetrain which is not available in the production version.

Indeed, the reviews and the testimonials narrate that the Peugeot 2008 is a good car. But it has to still cover a lot journey to reach the North American markets. As here we expect a lot more from a car.

For an urban car, these specifications are pretty fine. As you do not have to push your ride fast while standing at a red light. In addition to that, the fuel mileage is really impressive. The Peugeot 2008 does not come with any Eco-Idle or Cylinder Deactivation technology. Instead, it has been built to deliver the impressive fuel consumption.

Seems like, Peugeot forgot that they were designing a car for the urban driving. And certainly, that urban driving where you need quick cars rather than fast one. But Peugeot mainly developed this car as the best option for the South Asian traffic.

Well, now is the turn of handling of Peugeot 2008. If it is about the city, then Peugeot is a pretty good option. Steering is smooth and braking is agile. But over the highways, 2008 lacked in the steering control. Especially at high speeds, the steering wheel felt trembling.

Overall, the Peugeot 2008 is pretty decent in driving. But you cannot say that it is a fun to drive the car. While the 2008 is powerful SUV.

The 2008 is the entry level SUV of the Peugeot heavy vehicles. Well, the more your step above, the more pleasure you derive.

The exterior setting of 2008 is pretty decent. Though it looks like a mini monster in some direction. But generally, it is a pretty sober fella. The front gives an appearance of a smiling car. Especially, the grille design is much like a happy emoji. While the headlamps give a pretty aggressive appearance. The one we drove had 17-inch alloy wheels. The sides and the roof have a pretty simple design. Well, it mainly looks like a station wagon with a high roof and roof rails.

The rear does not even give any attractive appearance. Instead, it is just another ordinary SUV design, usually seen on monstrous off-road vehicles.

Peugeot has invested pretty intelligently on the interior design of this car. Though it is congested than a number of other SUVs roaming on the roads. But it has an attractive layout. The interior ingredients have been appointed nicely. Although, the interior is not much rich. But the collection and design are perfect to make the interior design sophisticated.

You would really get a lot of luxury ingredients in this car. But the interior design is soothing. You would certainly complain about less legroom. But you would appreciate the comfort of the seats. The cockpit design is not much colorful. But it has all the attractions a driver would need. And in the night, the roof ambient enhance the driving pleasure.

Indeed you will love the interior design. Well, Peugeot is mainly designed for family rides. And that is why you get nice and tidy space for the cargo.

The Peugeot 2008 comes with the 7-inch infotainment system. It has radio, telephony and voice recognition. While the navigation is optional for the base models. Further, you can get access to the internet on it.

The navigation has 3D design concept. But somehow this design is pretty confusing for a newbie. And might even take a lot of time to understand it. You can get updated with the traffic conditions via real-time traffic updates. But that is subject to the origin. Specifically, it is for the Europe.

Well, you would not even have to worry about the weather condition. As the Peugeot Connect can make you stay updated with every rain and snow. In addition to all these features, you can even get the Apple CarPlay. That is indeed a fabulous inclusion in this car.

See Also: What is a Smart Car, The History, Makes and The Reviews

The Peugeot 2008 is a family car. And that is why it has everything that a family car should have. The 2008 has numerous passive safety features. There are too many airbags, an elastic seatbelt and a smart protection for child safety.

Besides the passive safety, the active safety is even included in abundance. The Peugeot 2008 has an impressive body structure. It reduces the impact of the collision which minimizes the chances of injury.

Further, you can opt for a colorful reversing camera along with the parking assist. Active city brakes and electronic stability control are even some handy active safety features of this car.

See Also: What is a Hybrid Car, How it Works and the History

Whom do you expect to be the competitor of the Peugeot 2008? You would be thinking about someone from Germany or the rest of the Europe. But the actual competitor of this car is the Kia Sportage. Well, there is not much difference between these cars. Performance is same, exterior design is even similar. But the interior appointment in 2008 is certainly better than Sportage.

Well, if you are looking to get a fuel efficient entry-level SUV, then Peugeot 2008 could be an ideal choice. And above all, it is has low maintenance cost.