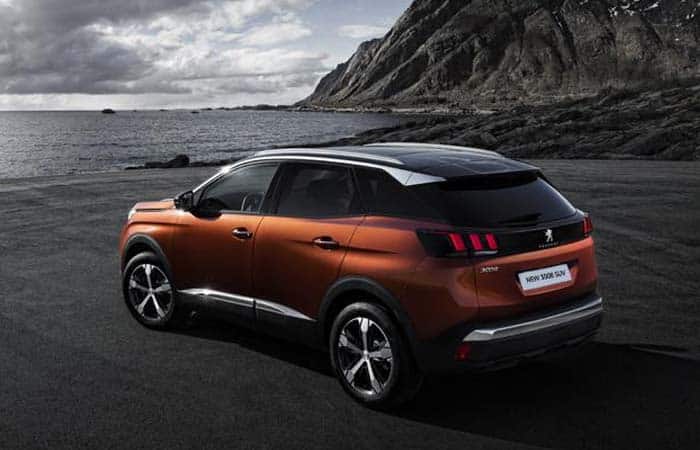 It is pretty easy to make a critical note. But when that subject earns a positive fame, it really embarrasses the criticizers. And this happens pretty commonly in the automobile industry.

The Peugeot 3008 was introduced in the summer of 2008 in Croatia. It was revealed as a mid-level SUV which retained a heavy criticism on its design. But still, the Peugeot managed to launch this car in the commercial market. Well, it was the spring of 2009 when 3008 witnessed the market for the first time.

The first generation ended up in 2016. In that period Peugeot managed to sell more than 600,000 3008s. Following such a successful response, the second generation was introduced. It did not look like the actual 3008. This generation has a completely different exterior and interior design. Even the powertrain has received drastic improvement.

And never the less, just after the launch of the second generation 3008, it earned the European Car of the Year Award 2017. Following that, an automobile magazine even called it the Car of the Year. The diesel car magazines could not stay behind. They even awarded 3008 with Car of the Year and the Best Medium SUV 2017.

Well, the base price for this enchanting SUV is $30,330. And the model line gets the Active, Allure, SUV GT Line and the SUV GT.

A very different kind of drivetrain specs is available for the Peugeot 3008. We usually do not find such specs in the SUVs. Like the base, version comes with the 1.2 L 3-cylinder engine. Generally, the SUVs get the 4-cylinder engine as the least option. But here the three-legged machine is rolling the massive 3008. Well, this engine gets 131 good horses to make this SUV run. This powertrain is mated to a 6-speed manual. While the 6-speed automatic is optionally available.

The gasoline 1.6 gets 165 horses and 6-speed automatic as the only transmission. Well, that is the only gas powered performance powertrain available for the Peugeot 3008.

The ride is pretty fine. It moves smooth and grips the road pretty accurately. But at high speeds, it seems like the 3008 is asking for breath break. The manual transmission still does pretty coolly at high speeds. But the automatic ones are just like a dying out mule.

We were expecting some impressive mileage figures from this car. But she only managed to give us 15 mpg as the combined fuel mileage.

The Peugeot 3008 is a gentle crossover entry-level SUV. The exterior detailing makes it look like just another hatchback given sporty shape. The design resembles a number of Japanese small SUVs that are meant for the passionate city riding.

Well, it has the LEDs, Peugeot signature grille, fog lamps, 18 and 19-inch alloy wheels and roof bars. At the rear, it gets the spoiler for the aerodynamic purposes. Further, it has some pretty groove cuts to drive the air away and over the car.

The interior setting of the 3008 is quite awesome. Especially the cockpit is set to provide an impressive driving experience. The leather seats, carbon fiber trim and a lot of space for the cups and smartphones make it a relatively cool option for long journeys.

The front row offers plenty of space for the driver and the passenger. And even the back row seats offer good space for two adults and one child passenger. While the cargo has even some good option for the carriage.

Indeed the Peugeot 3008 has an incredible interior setting. It is certainly more than our expectation. We were really not thinking about such an interior within this much price.

The Peugeot 3008 gets the 8-inch touchscreen infotainment system with multimedia and navigation. Further, it has Bluetooth stereo, telephony, and mobile connectivity. Ahead of that, the 3008 has a useful 12.3-inch head-up display with customizable options. And even the driver’s cluster gets the TFT screen with customizable views. The 3008 features the smartphone charging plate. Well, it demands that your smartphone should have wireless charging enabled to get charged on that plate.

The base version 3008 comes with the Peugeot standard music system. While the upscale versions get the Focal premium sound system.

The Peugeot 3008 has ample amount of passive safety included. The occupants are quite safe in this car. It has sufficient amount of airbags and strong seatbelts. Well, in the active safety it gets automatic emergency braking system, adaptive cruise control, blind spot monitoring, lane keeping assist and attention alert.

The 3008 is a pretty intelligent car. It gets the speed limit recognizer that reads the speed attentions in various locations and provide assistance accordingly. Driving at night is a hard job. And especially when there are no street lights, you have to be more careful. But thanks to the Peugeot smart beam assistance that keeps the driver updated about upcoming obstacle while driving at night.

The Volkswagen Tiguan is a good option against the Peugeot 3008. Its strong powertrain, exterior options, and interior comfort level rank it higher than the 3008. Moreover, the Tiguan bears almost the same price tag but is more fun to drive.

The Peugeot 3008 is not a bad car at all. And even it meets a strong competition. But if Peugeot has added the 4wd option in this car, the scenario would have been way different than what it is now.