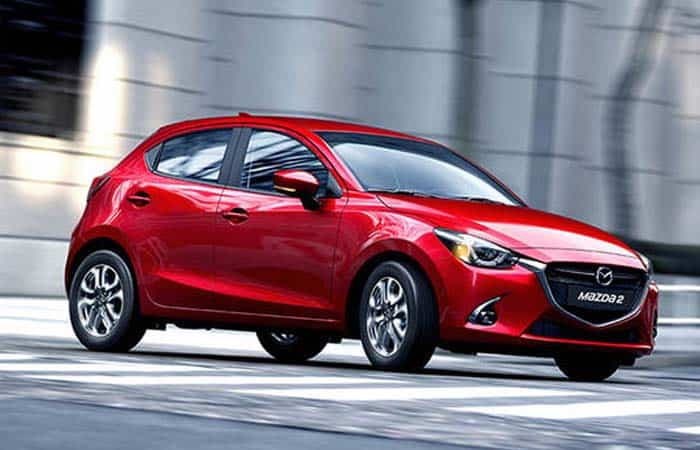 When economic slum blanketed the Japanese purchasing power, it was direly required that automobile manufacturers should switch to the production of economic cars. Well, it even happened all around the world besides Japan. And even a lot of nations switched to the small cars so that they may get space in the market.

It was 1996 when Mazda brought in Demio, a small but supercar. Though it was introduced as Demio, it earned the name Mazda2. Well, the Mazda2 got pretty much common among the folks. Besides Mazda2 it is even known as the Metro but this title remained in business for just a bit of time.

The fame of Mazda2 attracted Ford, Toyota, and Scion. They equally took their share in rebadging this car and marketing into certain demographics. The Ford called it Festiva, Toyota made it Yaris and Scion loved the iA.

Well, the Mazda2 is the successor of the Mazda 121. The 121 was even a notable car from Mazda. And the Mazda2 is heavily based on the concept of the 121. Even after the launch of the Mazda2, the 121 remained in production in some regions. And in 2002 it was completely discontinued.

Finally, the fourth generation Mazada2 was introduced in 2014. Through this period it received various performance, design and interior improvements. And this generation directly never witnessed the North American market.

The facts and figures of Mazda2 reflect the specifications of a perfect city car. It has a decent drivetrain and economical mileage figures. And the ride is fine on this car. Though it at times feels underpowered. But it goes well while driving in the city.

The present generation Mazda2 begins with the 1.3 L Skyactiv 4-cylinder engine. It has enough energy to empower this car. This powertrain has 83 horses galloping at 83 lb-ft of torque. Well, she is one of the most economical drivetrains available in the whole series.

The next to follow is the 1.5 L inline 4-cylinder engine. It has 114 good ponies riding at 111 lb-ft of torque. This is the most powerful drivetrain in this whole Mazda2 series. In our performance test, it took 9.1 seconds to launch from 0-62 mph. Certainly, it is better than a number of hush hold sedans that take a lot of time too just getting off the parking. Further, the 1.5 L gasoline has a top speed of 106 mph.

The diesel drivetrain adds some economy booster to the Mazda2 series. The 1.5 L inline-4 diesel engine has 105 hp of power with 184 lb-ft of torque. The CO2 emission is quite low and the mileage is combined up to 60 mpg. Well, that is not a theoretical response. It is what we have tested.

The city cars should have good handling specs. And so does the Mazda2 has. The steering is quite gentle. It turns fine and stops in time. Whether you are in the city or on a highway, you would not find the Mazda2 going drunk.

Overall, it is a cool car to drive. On top of that, the running and maintenance costs are quite low.

The Mazda2 comes as a hatchback and a sedan. While the hatchback is more famous and common than the sedan version. Besides the rear, the front design is same in both the designs.

Well, the front fascia is same as the rest of the cars from Mazda. The base version gets the halogen lamps and the 15-inch steels wheels. And there is no fog light in the base car. The mid-level has everything in common besides the LED fog light. The Tech Edition gets the 16-inch alloy wheels. While the rest is all same.

The GT versions get the finest cosmetic of the whole Mazda2 series. They get the LED headlamps, DRL, LED fog lights and the 16-inch alloy wheels.

The base version gets an average type of interior ingredient. But everything is appointed quite neatly. It does not seem like a cheap interior setting. Well, it gets the cloth seats and manual seat sliding options. The upper trim levels, especially the GTs get leather seats, power movement, heated front seats and leather-wrapped steering wheel and gear knobs.

The spacing in this car is fine for 4 people including a driver. But the back row passengers might complain about hitting their legs with the front seats. The hatchbacks offer almost no space for the cargo. But the sedans get a tiny trunk to carry the groceries and some other errands.

The basic Mazda2 comes with little technological features. It just comes with a music player, a standard radio and a manual climate zone. The best thing you get in the features is the Bluetooth.

If you opt the Navigation you would have to pay around $1,600 additional for a 7-inch touchscreen infotainment system. Along with the navigation, it gets the multimedia center and steering mounted controls. And this is standard for the upper trim levels.

The Mazda2 has earned 4-stars in its safety test. It is because of the lack of active safety features. While the passive safety is fine in this car. The active safety includes hill start assist, lane keeping assistant, active braking, and tire pressure monitoring.

This is all you can get with this car. Besides everything depends on the driver. Drive safe and keep yourself and the other safe.

The Volkswagen Golf is one of the healthy competitors of the Mazda2. It is strong, it has more tech features and it has fast upscale versions. While the Mazda2 bears a cheap price which brings it to the competition.

Besides cheap price tag, the lower maintenance cost and higher fuel average make the Mazda2 an ideal choice for the families. Along with that, it is even a sweet car to drive.