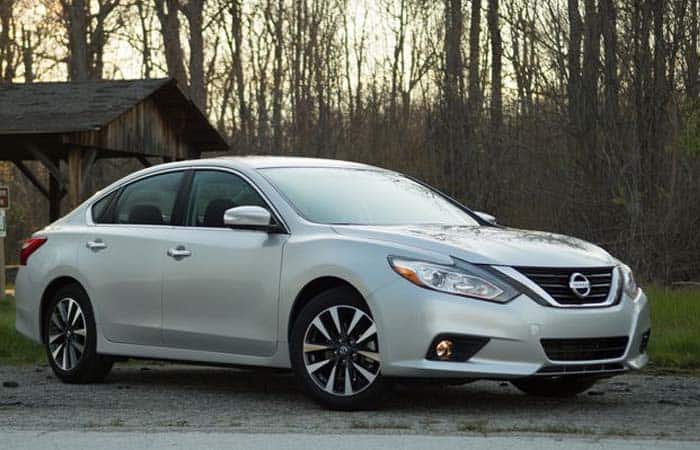 It is same like, the Altima was once the upscale version for the Nissan Leopard and the Laurel. But later in 1992, it became the separately independent brand of Nissan. It actually replaced the long-running Nissan Stanza to meet the newer market standards.

Well, the Altima is the follower of the 1957 legendary Nissan Bluebird. Its size, shape, mechanism and the comfort level all relate to the Bluebird series. Further, it is the younger sibling of the Maxima. And even it was younger than the Teana. But Altima was enough good that Nissan merged Teana within Altima in some markets. There Teana is sold as the part of fifth generation Altima.

When it comes to the generations, the Altima has lived through 5 different generations. The present one is being the fifth one. Well, the first two went quite fine. While the third had some issues. The fourth generation got the Coupe. But it did not last long and was discontinued by the end of that generation. And even the hybrid Altima was introduced during that generation.

Well, this fifth generation is recognized more than the previous ones. It earned awards, acclaims and participated in the motorsports. And not to forget, the Altima became champion twice in the International V8 Supercars Championship.

The Altima is available in 4 different trim levels. The Altima S is the base version with the starting price of $23,140. The SR is the next one, with an available Special Edition. The SV comes next and the SL finalizes the Altima series.

A variety of drivetrains are available for the Nissan Altima. The North American market gets the 2.5 L inline-4 engine as the basic powertrain. It comes with 179 horses riding at 182 lb-ft of torque. As a base version, this is indeed a fine power rating. But with a 2.5 L heavy engine, we certainly expect something more. We used this version in our performance test. It launched from 0-62 mph in 8.2 seconds. And her track best is 121 mph.

Well, the 3.5 L V6 is the finest powertrain available for this car. It comes optional in the Altima SL. Well, this engine has 270 horses and can generate 274 lb-ft of torque. With this powertrain, we could expect some 3 seconds better performance.

Nissan Altima offers 35 mpg as the best-combined mileage. With the V6 you cannot beat this rating. Instead, you will fall 10-12 mpg short. The 4-cylinder engines would suffice among the family sedans, but the V6 would certainly stand out of that league.

The handling is fine but the braking ability is just at par. She took the turns somehow quickly. But when we stopped it at 70-0 mph, it stopped at 192 feet on a straight road. That is definitely not a good stance on this car. And the city driving requires something sharper. Because you cannot expect your roads to be clear and clean.

Altima is dressed up the same way as its elder Maxima. It gets the similar front fascia, hood design and same placement for the headlamps. Well, the base version comes with the 16-inch steels wheel. The SR and the SL V6 get the 18-inch alloy. While the SV has the 17-inch wheels. Well, the base version does not even get the fog lights. They are included only in the upper trim levels. The halogen headlamps are standard. While the Nissan LED Signature headlamps are optional. The Altima gets the active grille as standard. Well, that is a cool inclusion is a city sedan. An aerodynamic feature is made standard.

The rear gets a simplified design. It seems much like the beginner level sedan. And on the top of the trunk, it gets a sleek spoiler that is hardly seen.

The interior setting is pretty fine in this car. It is not a luxury contender and not even a basic city car. It is a mediocre channel of the interior concept. The base version gets the cloth seats while the mid-level models get the designed cloth seat covers to make the difference. The leather seats are only available in the upper trim levels. In the base model, you will have to forget about the heated seats. And if you go for it in the winters, just make sure that you heat up the car before jumping in. If you do not do that, you may not scream while sitting. But you may certainly cry after holding the steering wheel.

The leather-wrapped steering, shift knobs, and other stuff are only available for the upper trim models. A car worth $23,000 cannot really get leather, as per Nissan.

The 7-inch touchscreen infotainment system is available for Altima. Do not think about getting it on the base version. You have to move on this thing. Well, it has Apple CarPlay, Android Auto and the useful bite of navigation. Along with the infotainment system, all the models get the 5-inch display screen for the rear view and the multimedia.

The music system is fine. While the high-end models get the option for the Bose 9-speaker audio system. Besides standard music integration, the Altima even gets the Speed-Sensitive Volume Control. That is a nice inclusion in this car.

The Nissan Altima has won the Top Safety Pick 2017 award based on its relentless safety standards. The occupant safety is guaranteed in this car. Along with that, it has numerous active safety features that range from driving assistance to the third eye for the driver. Well, they include dynamic control, traction control, blind spot monitoring, collision warning, emergency braking and a few others. The comprehensive detail of the active safety features makes this car really quite safe to drive.

The Volkswagen Passat is a similar car. It has the same performance detailing and similar interior setting and same. Both the cars are not much different and even rank at the similar position among the other family sedans.

Being a family sedan, the Nissan Altima has extreme safety level to offer. Its price is fine and even the performing ability is cool. Indeed she is a fine car to get.