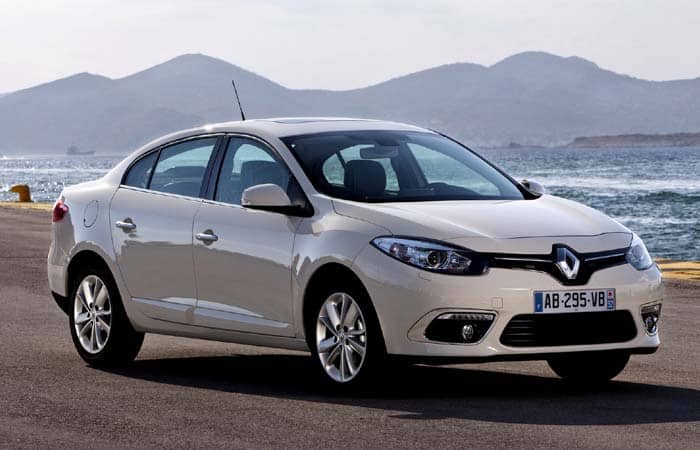 The Renault’s rebadged editions are marketed throughout the world. They produce everything, the city cars, sports cars, and commercial vehicles. And all of it is renowned under different names. Well, their influence has been magnificent overall. And their every little or big thing gets a fame. Well, this is called the game plan!

Just like the rest of the Renaults, the Fluence is even renowned worldwide. For Latin America is stays as the Renault Fluence. The Chinese call it Dongfeng Fengnuo. While the Far East Asians call it the Renault Samsung SM3. This car has been marketed in every famous region. It got a share in the Middle East, North America (Mexico), South Asia, and the Malaysian Islands. Along with that, the Fluence even showed some muscle after living in the world of motorsports.

By the Monsoon of 2009, Renault introduced the Fluence. The car was launched to fill up a gap created by eliminating a notchback version of the Renault Megane. A low market response and poor customer reviews forced Renault to shut down the three-door sedan version of the Megane. Even when the third generation Megane was introduced in 2008 it had no three-door sedan or a notchback version. But recently the Fluence has been discontinued for the European market. As Renault is going to try the Megane sedan once again.

Well, the Fluence was never launched as a three-door notchback. But it sufficiently cleared that gap. And its international representation even brought some good fame to the company. Further, the entry-level pricing for this car is quite cheap. You can get one for $15,294 with every basic feature made standard. While the finest trim levels are available for $19,440.

See Also: What are Bushings?

The Fluence is available with different drivetrains based on the market recommendation. There are plenty of gasoline powering options and a couple of diesel engines. And all of them are designed from the perspective of the local drivers.

The 1.6 L 4-cylinder engine is available as the base level gasoline drivetrain. The power rating maxes at 110 hp. And the 5-speed manual gearbox comes standard in this car. Well, the next option available comes with a 2.0 L four-cylinder 140 hp gasoline engine. And this version even gets the same 5-speed manual transmission.

The diesel variants are tuned dramatically. The 1.5 L 4-cylinder engine is standard with 4 different tuning levels. The base variant gets 85 horses and a pretty lousy kind of ride quality. The next one in gets 5 more horses and the one next to it comes with 105 hp of power. While the finest tuning is available with 110 hp of power with a 6-speed dual clutch automatic transmission. Away from this option, you even get a 1.6 L engine which is slightly better than the 1.5 L option.

Well, the Latin Americans are blessed with the 2.0 L turbocharged 4-cylinder engine with 180 hp of power. This is maximum you can get from the Renault Fluence. And for this version, you would have to travel to Argentina or Brazil. Further, this option comes mated with a 6-speed manual transmission.

It was quite essential to design Fluence with the modern day styling concepts. Especially when the target was to fill up a gap lead out by an old Renault. Well, Renault did its best and brought in a decent design. But it is not that much attractive. A long duck beak sits on the front design while a curvy end takes the rear. Well, the cosmetics include steel wheels, halogen headlamps, and a static old school structure. While the upgraded models get the option for the alloy wheels, xenon headlamps, fog lights, and multiple color options.

The interior designing is even pretty much static and dated. The cloth seats, black fiber accent, and trim and congested seating are some basic specs for the interior. While leatherette interior stays optional and is normally available for the upper trim levels. Certainly luxury is not a general part of this car.

Well, in the Fluence, you cannot count much on the spacing. Though front row is fine the rear can make you register some complaints. While the boot even offers a congested allocation for the cargo.

The Fluence gets a CD/DVD-player for the base models. Along with that, it gets the radio system with a few speakers. While the upper trim level gets the option for the touchscreen multimedia infotainment system. The European version is pretty much fine, user-friendly and pleasant. While when you switch to the Asian models you would really kick yourself. And navigation is available but for just a few markets.

Airbags and the seatbelts are vital safety features available. While the active safety and the driving dynamic features seem to be a fable for this car. Well, some of the commonly found features include the antilock braking system, rear view parking camera, and the electronic brake force distribution. Well, the rest of the features depend on the aftermarket shopping.