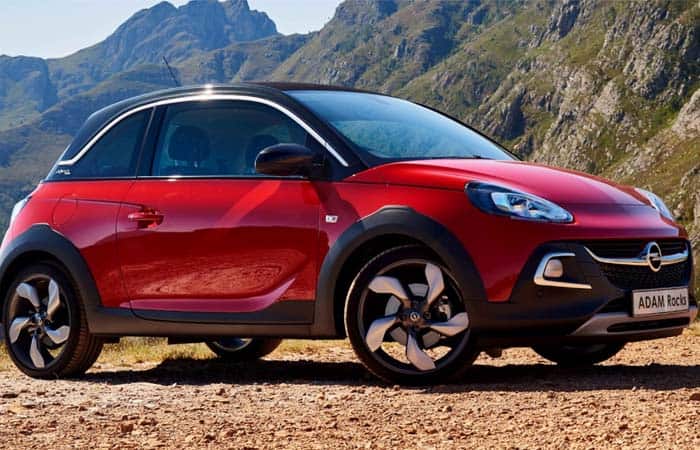 There is plenty of city car design. Some are fat, while some are smart. And among them, there are some that are just a burden. Well, the city cars are not just about mileage, lower cost or savvy features. Instead, they are even produced as the memorials for the renowned personalities.

Well, the Lamborghini, Ferrari and some other hyper-car producers build supercars in the memory of their owners. But the Opel produced Adam, a city car, in memory of its foundation, the Adam Opel. Well, that is pretty intelligent of Opel to produce a city car as a memorial. As it would be common, easy to be purchased and would reach out to a large number of public as compared to the hypercars. And likewise, Mr. Opel would be remembered more.

The Opel engineered this car in 2012 and displayed it during the Paris Motor Show. While this car was launched on the market just after a year. Soon as it was launched into the market, it earned notable fame which brought it the Number One City Car award. In the same year, it earned the Reader’s Choice Award for the Mini Car Category.

The Opel Adam also appeared in motorsports. A specially designed sports version appears in various sporting competitions. The sports edition gets a powerful drivetrain and more aerodynamics on the car.

Well, the city version includes up to 5 models. And the base price on the Opel Adam is around $20,735. While the finest trim level begins from $28,470. Further, the Adam is rebadged as the Vauxhall Adam for the British market. Away from that, it is available in most of the European markets along with some Far-East Asian markets.

The Opel Adam brings you the features for performance and cutting the fuel cost down. The base engines are devised to save more on fuel. While the performance engines are built to offer thrill and economy at the same time.

The base models are equipped with the 1.2 L 4-cylinder EcoFlex engine. This is the base tech available for the Adam. Well, this powertrain gets 69 hp of power at 85 lb-ft of torque. Well, the next one that comes in is the 1.4 L 4-cylinder engine with 86 hp of power at 96 lb-ft of torque. This is a bit modest configuration with mild performance index. Its upgraded version gets 13 more horses pounding the same amount of torque.

Besides the performance, the Adam has a decent handling ability. The road grip, braking, and steering are pretty suitable for driving this car in the city. The turns do not feel burdened or hard to take in this car. Even the braking offers much support to the turning index.

Overall, the Opel Adam brings in a joyous ride if you are longing for performance and eye on saving fuel. Even Adam does not require much for the maintenance.

The Opel Adam is a tiny little fella. But the cosmetics do not really make it feel like it is a small car. Well, it has an entirely different style than the rest of the Opel cars. A happy face and a grump back are some major styling concepts. Further, the cosmetics are nice. The Adam gets the alloy wheels, fog lights, halogen headlamps, and a smiling grille. The add-ons include a panoramic sunroof, different colored roof, and black contrast selection.

Inside the Adam, you will find a different kind of world. The base version gets a static styling with nothing much dynamic. While the top trims offer a sporty interior setting and a comfortable appointment. The base ingredients are good enough to mark Adam as an economical companion. But the upper trim levels bring in the leather and some more refined material to cover it up.

Being with this car, you would have to compromise on the space as Adam is not built for luggage and too many passengers. It is a car for fun and joy, drive it and enjoy it.

The Adam is available with the 7-inch touchscreen infotainment system. This system offers the multimedia functions along with the radio options. Further, the additional features include the Bluetooth streaming, telephony and USB ports. And it is the R 4.0 IntelliLnk system that you would commonly find on some other Opel vehicles.

The Adam is filled up with some essential safety features. Besides the standard airbags and the seatbelts, you get a handful of active safety features. Well, they include the parking assistant and the blind spot monitoring. Further, the Adam gets the antilock braking system along with the brake force distribution system.

The Fiat 500 gives a hard time to the tiny Opel Adam. The 500 is just an equal option you can get in the market when you go for the Adam. While Adam is modern, styling and extravagant. But the 500 keeps the retro styling.

The Opel Adam is a fun to drive a car. It has exhilarating performance, nice structure, and neat interior. For 2 it is certainly a fine choice.