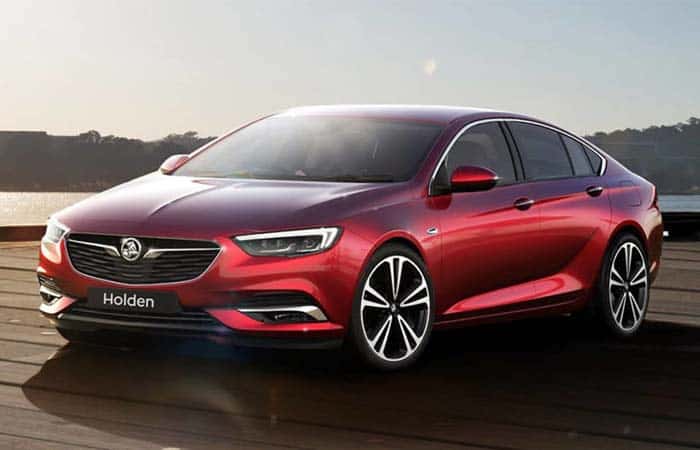 The Holden utilized some of its expertise for producing cars till the last years of 2000. But soon after then, it relied much on the pieces brought in by the Opel and the GM. Well, this Australian company has produced some versatile cars that have stayed in the business for long. Like the Holden Kingswood and the Premier. Both of these cars stayed in the market for a long span of time. But in 1978, they just got replaced.

That was the Commodore that replaced both of those relics. It was the Holden’s personal creation, solely developed in Australia. And there had been too many patriots who admired this car. Well, its production took place only in New Zealand and Australia. But from 2018 the production has been shifted to Germany.

The Commodore has been through five different generations. And even in generation Holden tried a different experiment on this car. Like when the first generation was concluding Holden launched the station wagon style of the Commodore. But it did not last long. Then it rebranded Commodore a lot of times. But it stayed best under its own title. They even transformed it into a truck. But that just turned out to be a new car for the company. And the present generation just lost the full-size sedan format. Now it is only available as a mid-sized sedan.

Well, the present day Commodore is available in 6 trim levels. The LT is the base model and it starts from 26,680. The RS takes the next rank with the bigger wheels. The RS-V comes next and the VXR finalizes the standard series. While the luxury models include the Calais and the Calais-V.

Before the present generation came out, there used to be a whole lot of powertrains available for this. But the recent models are just left with three options.

The base version is available with a 2.0 L 4-cylinder gasoline engine. This is the pet drivetrain for the Holden Commodore, which serves to be fuel savvy technology. This drivetrain offers 256 hp of power with 260 lb-ft of torque.

The base version even gets the option for the diesel drivetrain. It is available with the 2.0 L inline-4 engine having 168 hp of power and 300 lb-ft of torque. Well, this is the weakest powertrain available for the Commodore.

Besides these basic drivetrains, there is a vigorous V6 machine available as well. And that is something that attracts the performance lovers. This option comes with the 3.6 L naturally aspirated engine having 315 hp of power with 281 lb-ft of torque.

Anyways, the Holden Commodore is still capable of revving monstrously. The V6 power machine laps 0-62 mph within 5.8 good seconds. Though that is certainly not enough to challenge a bunch of V6 rivals. But is far better than the poor V6 souls trying to run faster.

It seems like the Opel has been observing the BMW for quite long. The exterior designing resembles speedy BMWs. Well, the refreshed designing is attractive and is pretty much eye-catching.

The cosmetics include 17, 18 and 20-inch alloy wheels, LED DRL, projector headlamps, fog lights and a rear spoiler. In addition to that, there are enchanting colors available for the Commodre. Such as the nitrate silver and the cosmic grey, that leave a remarkable impression on the spectator.

The Commodore incorporates a decent variety of ingredients for the interior appointment. The leather upholstery seats, leather-wrapped steering wheel and gear knobs and the fiber accent are some basic ingredients.

Further, there is plenty of space in this car. Both the rows offer eloquent space for up to 5 passengers including the driver. Ahead of that, the boot is sufficient enough to carry the luggage for a long journey.

The Holden Commodore comes with a horizontal 8-inch touchscreen infotainment system. Well, the best thing about this system is that it has the Apple CarPlay and the Android Auto. Further, it has the option for the navigation. Well, it is a pretty friendly kind of a system, but it feels like it has been stuck in congestion.

Further, the other features include the 4G-LTE support, telephony and a dramatic kind of rearview camera.

The safety manual of the Commodore consists of various features. The key ingredients include the autonomous emergency braking. That is much like a lock that keeps an eye on your speedy performance. Further, the adaptive headlamps join the passage of safety. While the adaptive cruise control maximizes most of the protection for the occupants and the driver.

Besides, the Commodore consists of the antilock braking system, the electronic brake force distribution and the traction control system. Along with that, the parking assistant is even available.

This oceanic beauty finds its rival from Japan. It is the Toyota Camry that is usually found to be the next option after Commodore. Though the Camry has stronger performance specs. But the interior appointment of both the cars sits at the equal match. Indeed, they both are found a favorite among a lot of folks.

The fresh new look of Commodore is certainly appealing and attractive. But it has to pave some venture to build up a strong market response as it has been the first time the Commodore is imported to Australia.