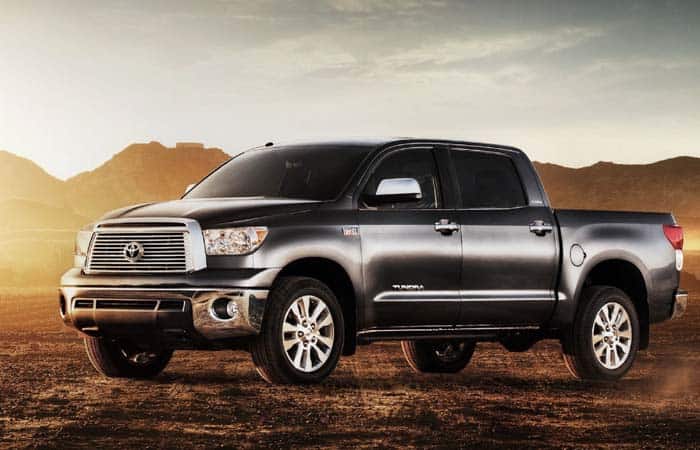 The Toyota has a versatile track record of creating various automobiles. It has produced the urban cars, the entry-level luxury cars, SUVs and the sports cars. But up till 1999, Toyota had never produced a full-size cab for the North American market. Actually, none of the Japanese automobile manufacturers built such cab for this market. But Toyota dared it and brought in the Tundra.

It was the summer of 1999 when Tundra went into the production line. And by the end of that year, it was launched into the market for the year 2000. Well, this was the second time Toyota had built something this big.

Despite a heavy competition, the Tundra got nominated for the North American Truck of the Year Award. Well, it did not win it, but it managed to grab the Truck of the Year 2000 award from a local magazine. The second generation Tundra even earned this award in the second year of its service.

Well, the Tundra is the successor of the T100. The first generation Tundra shared a lot of things with its ancestor. But the second generation got a lot of things new. Along with the T100, Tundra even shared some specs with the smaller Tacoma truck. Especially the powertrains in both the trucks were similar.

The Tundra is presently running in its second generation that commenced in 2007. This version was introduced at the Chicago Auto Show in 2006. The last major refreshments it received were in 2014. Well, it has five models available. First being the SR which is the base version of this series. It is priced as low as $31,120. The SR5 is a bit improved model. While the Limited, Platinum and the 1794 Edition are the high-end trims.

The Tundra is a Monster unleashed. It gets a couple of powering options but only with the V8 tech. Though there used to be a V6 engine, it just lasted for a few months.

The 6-speed automatic is standard for all the drivetrains. Though we longed for a manual transmission, that is not available for the Tundra.

During our tests, the ride felt pretty fine. We used the 4×4 equipped Tundra. While naturally, it comes with the rear-wheel-drive, and 4wd remains optional. Well, the ride was fine until we discovered that everything in the powertrain is a decade old. Though she did not fell sick at any point, that enormous truck feel was missing that we use to get in the refreshed trucks of today.

The Tundra managed to pry out a 0-62 mph launch in 6.4 seconds. With a heavily packed V8, it is a case-sensitive study. But the V6 engine of its competition run faster than this V8 monster. In a thorough straight run, the Tundra showed off 108 mph as her personal best.

Well, we would wait for the improvement!

The Tundra carries a huge structure. It does not seem like a pick-up truck for the city riding. The design best suits the miners and the excavators. Well, it could have been a military vehicle once, but we do not have an example.

Well, the Tundra packs in the halogen lamps for the entry level and the LEDs for the upscale models. The DRL comes standard on all of the models. The grille design is itself pretty enormous. It is more like the dated Land Cruiser’s grille that was usually found running is Sahara.

There are plenty of towing and loading options available for this truck. Like it has the deck rails, tailgate caps, and front tow hooks. The running boards are standard, and they did not come into our usage. Well, the short bed is almost 5.5 feet long. The standard gets a feet more. While longest comes with the 8.1 feet bed.

The Toyota Tundra comes with a neatly crafted interior. It gets the fabric and the leather for the seats. Premium mats and flooring are available for the domestic trucks. The working trucks do not get this option. While the leather-wrapped steering wheel and the gear knobs are an additional option available for this car. Though the ingredients are not too much, they have been appointed in the right position.

The base level versions get the option for 6 passenger seating including the driver. While the upper trims levels only get the space for 5. Well, both of the seat selections are fine. The back row passengers would smash each other to get the sitting space.

The base model gets the 6.1-inch touchscreen for the Entune infotainment system. It is a multimedia system with plenty of options to play music. The upscale SR5 gets the 7-inch screen with the similar multimedia features and navigation. While the Limited and the Platinum models get more features and premium audio options including JBL.

The climate control for the base models is just like a standard air conditioner. While the upscale models get the dual climatic control zone with the separate setting for every passenger.

See Also: How To Keep a Black Car Clean

The Tundras were vulnerable enough to catch fire due to the rusting and corrosion. Well, Toyota recalled a lot of trucks and fixed them out. But for the present model, they have added a newer segment to keep the trucks safe from fire and heat prone.

The Tundra gets sufficient passive safety equipment. While in the column of active safety it includes the Toyota Safety Sense package as standard. It has the lane keeping assist, sway warning, automatic high beam, dynamic radar cruise control and some other handy features. Further, it gets the tire pressure monitoring system as standard along with the trailer sway control. The blind spot monitoring is optional for this truck.

Among our choices, the Nissan Titan is a perfect competitor of the Toyota Tundra. The Titan is an even powerful pickup truck with monstrous styling and neat interior. But it has modern specs as compared to the Tundra.

Well, Toyota should bring up some improvement for the Tundra, or it would not be long when it would become a muscular member of Hall of Fame.