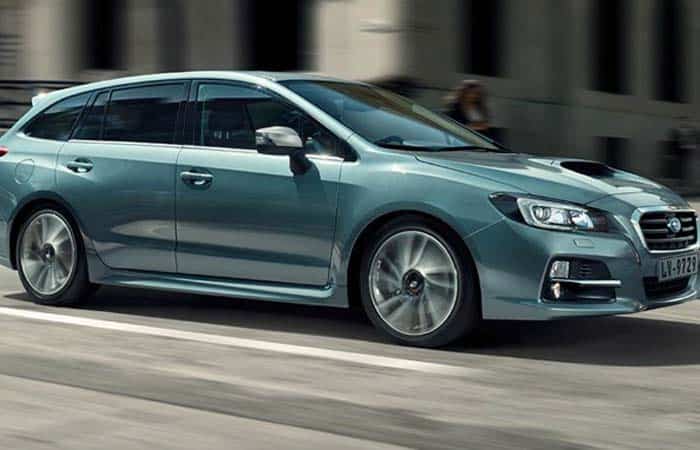 Some Subarus are just living on the edge! They borrow the material, design, and structure from other Subaru models and get ready to get into the market. You will find plenty of such examples with the Subarus that are built up using parts from other cars.

The one we have here has been designed for the European, Japanese and Oceanic markets and some of their neighboring territories. Well, this is the Subaru Levorg which is based on the Impreza, Legacy and the WRX. But its body style is not what we get in the other three Subarus.

Dated back in 2014, the car came out as a family wagon with sporty performance. The Subaru revealed that Levorg actually meant Legacy, Revolution, and Touring. From Legacy they took “LE”, the Revolution gave them “VO” and the Touring brought in “R-G”. Well, there is nothing much incredible in the title even.

Initially, this car was displayed during the 2013 Tokyo Motor Show. And by the start of 2014, the starting orders for this car were received. Well, they all came from Japan. Later by the summer, the Levorg was launched commercially. The Japanese market was a hit based on its styling and interior. And this made Subaru take this car into Europe. During the 2015 Geneva Motor Show, the Levorg was displayed for the first time for the European market. And soon in the same year, it was launched in Europe.

Well, presently the Levorg has four different models based on styling and driving mechanism. And the cheapest among them begins from $29,214. That seems to be too much for a family station wagon. But every market has its own priorities.

The Levorg is living on the driving mechanism from Impreza and the Legacy. While the transmission is slightly different than what the other two Subarus have.

The base category gets the 1.6 L 4-cylinder turbocharged FB16 engine, borrowed from the Subaru Impreza. This version offers some entry-level base for the performance with its 170 horses making 184 lb-ft of torque.

While with the 2.0 L 4-cylinder turbocharged FA20F engine, you can count more on performance. Well, this machine came in from the Subaru Legacy. And it is the true performance version of the Levorg. With this engine, you get a heavy bundle of 296 horses pounding 295 lb-ft of torque.

Further, both of these engines are intercooled and direct injected, giving some roam to cut-down the fueling expense. Well, the Levorg gets the 6-speed manual transmission along with the continuous variable transmission. You either get the manual or the CVT based on your territory. While our Levorg came with the CVT, here in Australia.

One good thing to note is that Levorg gets all-wheel-drive as standard. Means more performance and more investment on handling. And for sure you get a decent pick for steering and braking in this car. You would not feel the steering wheel going heavy over the sharp turns. Nor would you feel the braking going mild on high speeds.

But with this whole lot, you even get a lot of noise. Well, you might not kick the Levorg, but the starring from outside would surely do that.

The Levorg borrows plenty of exterior detailing from the WRX. And all the copycats could be seen in the frontal design. While the rear design does not even look unique. Well, in the cosmetics, the Levorg gets 17-inch alloy wheels for the base models and 18-inch for the upper versions, bonnet scoop, LED DRL, LED fog lights and the projector headlamps.

The interior appointment is fine, but it seems a bit outdated. Further, the seating is good for 4 including a driver. And for the cargo, there is plenty of space available. Especially when you have to go out for a long journey or a trip with your family, the spacing would not panic you. Ahead of that, the interior ingredient includes cloth and leather seats, leather-wrapped steering wheel and gear knobs and the black fiber accent.

The Subaru Levorg features 5.9-inch touchscreen infotainment system with some basic features. While a 6.5-inch screen stays optional. Along with that, it gets a 3.5-inch display mounted centrally just above the infotainment screen. Well, the infotainment system offers you the multimedia and telephony options, including Bluetooth streaming, telephony, and the smartphone connectivity. While the navigation stays optional. Further, the other screen displays the journey information, auto stop-start information, warnings and works as a speedometer.

The Levorg secured 5-stars in its road safety test. It proves to be a safe car for the families. Well, the passive safety gets the same, the airbags and the adjustable seatbelts. While the active safety offers parking assistance, blind spot monitoring, and collision protection. Further, the driving dynamics help Levorg remain smooth and safe. Available features include adaptive cruise control, lane keeping assistant and braking assistant.

The Subaru Levorg buyers even get the option for the Volkswagen Golf R Wagon. The Golf R Wagon is the family edition station wagon. But it comes packed with the Golf’s hot-hatch power and some incredible features.

While the Levorg even offers some handy features to the driver and passenger. But you might have some complaints regarding the pricing. Otherwise, it is a fine family car.