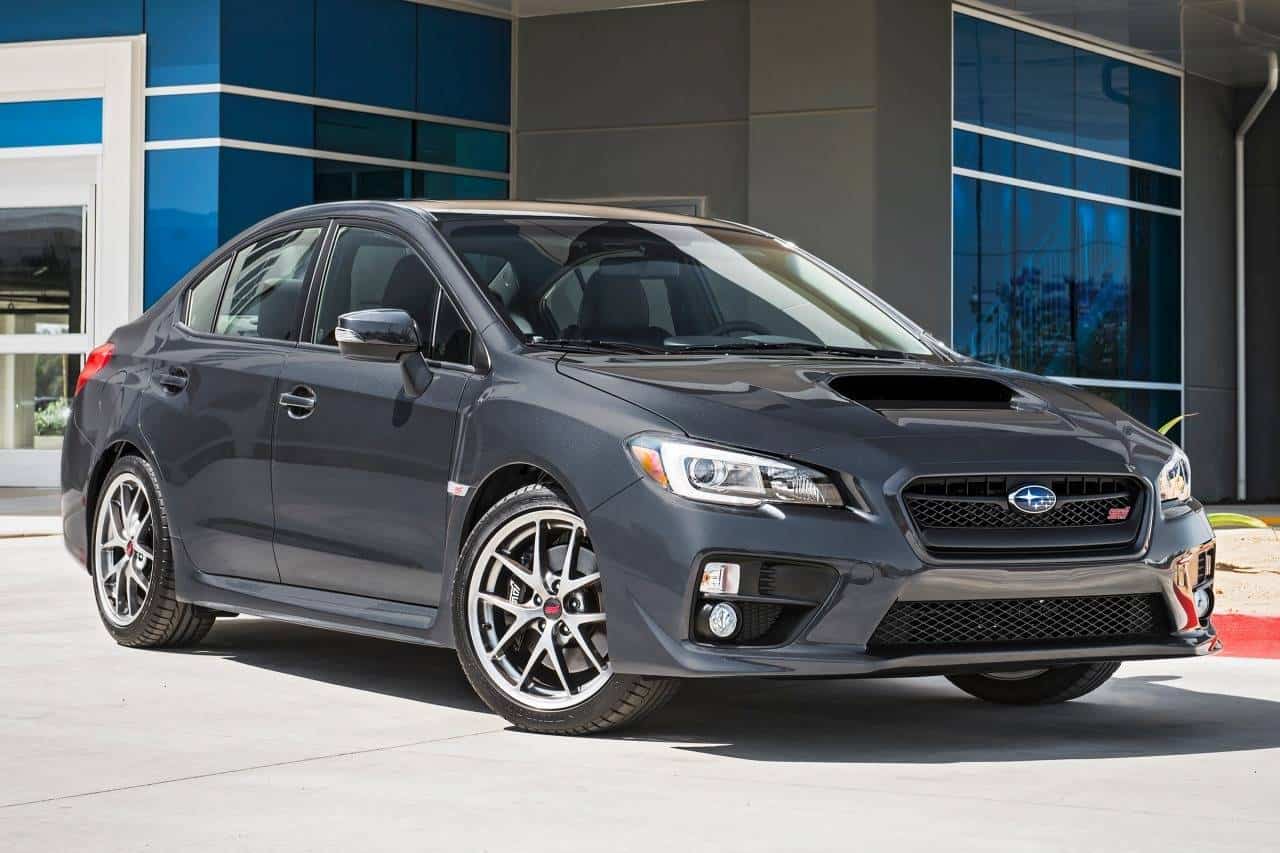 The Motorsports is one of the favorite sports in the world. The spectators expect to watch skillful driving and performing cars. Ultimately, the drivers need to learn the best tricks and the automobile manufacturers need to create better performance cars.

Similarly, the Subaru stepped up its sporting vehicles. In 1992, the company introduced the Subaru WRX as its rally staging participant. WRX is actually an improved version of the Subaru Impreza. But it has been designed to meet the requirement of the rally racing.

Well, the WRX is the acronym of World Rally eXperimental. About seven versions of the WRX have appeared in the World Rally Cross. Prior to the year 2016, the WRX was considered as the model of Subaru Impreza. But later it has been listed as a separate car.

Its modest drivetrain made Subaru launch its street legal version. During the same year (1992) the WRX was introduced in the market for the general consumer. Since then, the WRX has gone through five different generations. The present generation was launched in 2016.

In 1994 an enhanced version of the WRX, titled as WRX STI was also launched. As like the WRX, the STI stayed as the high-performance trim level of the Subaru Impreza WRX. But since 2011, the STI is distinguished as a separate model.

The WRX has earned a number of awards since its introduction. In the present year, WRX won the Best Performance Award, Residual Value Award, Rally America Champions and many others.

WRX, WRX Premium, and WRX Limited are the available models of this car. The lowest marked MSRP for WRX is $26,695.

The Subaru WRX is powered by a 2.0 L inline-4 turbocharged engine. This powertrain has 268 horses producing 258 lb – ft of torque. The WRX is mated with a 6 – speed manual transmission as standard. However, a CVT transmission system is even available.

The manual transmission has the long gearing ratio. As compared to that the CVT shifts faster than the manual do. But thanks to this manual transmission as it helped up gearing WRX quickly to 62 mph mark. Initially, we thought that it won’t respond quicker as compared to the CVT. But in just the second gear we were across 60 mph. It took us only 5 seconds. While some other drivers tell that it takes no more than 4.8 seconds. But the driving matters a lot.

The Symmetrical all – wheels – drive engages traction and stability on all the wheels of the car. This system is not just meant to deliver the distributed torque. It also helps in increasing the handling of the car.

The handling of WRX is even quite smooth. It clearly depicts that it is a rally race. The steering response is quick. The stiffer brakes offer a quick response time. The car stopped within 160 feet from 70 – 0 mph.

The Subaru WRX does not really look different from Impreza. But there are some cosmetic ingredients that differentiate WRX from Impreza. Initially, there is a hood has been installed on the bonnet. Though hoods are actually meant to assist the coolants in cooling the engine. These are the ventilating shafts. But mainly hoods and scoops are found on V-engine cars. So why would a 2 L turbocharged engine require that?

The manual WRX is capable of burning while revving. As the boxer inside the bonnet has enough power to explode the ride. This is what our first test revealed. Beside that hood, WRX looks like a casual sedan. The sides of the car even narrate a similar story. But when we get to the rear we meet a sleek spoiler.

Initially, it was a wing-shaped spoiler. But for the present generation, it has been replaced with a decklid spoiler. It even is an active participant in the aerodynamics of the car. Although WRX is not a low height car. But still, this spoiler helps in maintain some downforce on it.

Well, plenty of exterior colors are available for the car. The 18-inch alloy wheels are standard. However, the upper trim levels get 18-inch inverted strut alloy wheels.

The rally staging WRX has every bit of interior designed to facilitate the driver. But here the consumer level WRX has some bit and blocks appointed for the family riders. From the inside, it looks pretty elegant, decent and simplified. A similar feel is found in the sedans that are meant to run errands.

Further, WRX offers plenty of features to commute cargo. We get 12 cubic feet of space on folding one side of the rear seats. On folding both, theoretically, it would make up to 24 cubic feet.

The cockpit does have a sporty feel. The trim design, sports seats, accent stitching and especially the snoring of the engine does make it a rally racer.

Well, the WRX get the 7-inch touchscreen infotainment system. The system is powered by the Subaru Starlink™. Navigation is available along with some other amenities. Well, this system is much more like a digital stereo. The radio channels are amazing and the music amplifying features are wonderful. Along with that Bluetooth, telephony and USB connections are standard on all the trim levels.

A 3.5-inch cluster gauge driver’s display is even available. The screen is position between the meters.

The WRX has earned the Top Safety Pick from IIHS. The rigid unibody, double wishbone rear suspension, and the aluminum front lower control arms decrease the collision effect on the car. Further, it has a satisfactory level of passive safety equipment. Along with the passive safety, the active safety has ample amount of features to assist the driver. Moreover, the Starlink Safety Plus and Security Plus packages increase the driving assistance of the car.

The Ford Focus ST is one of the competitors of the Subaru WRX. Focus ST does not really go that hot while attempting to reach the 0 – 62 mph mark. But overall it is a fun-to-drive car, which makes it rank better than WRX.

The WRX is a certainly a complete family package. It has a decent mileage, spacious interior, and sporty looks. It could be a passionate way to run your errands.