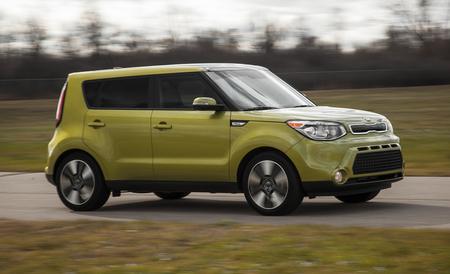 Family tagged cars are much more like an option for your endless means. Every next automobile company is busy in producing a family car. The chapter expands wide throughout the whole world.

Kia, a South Korean automobile company, is not even behind in this chapter. During the Paris Motor Show in 2008, Kia introduced Soul for the first time. Following its display, the production was started in the next year. Since then this car is in the market.

A short story being told shortly, the car has two generation. First being ranging amid 2009 – 2014 and the next since 2014 till now. The first generation was relatively bigger than the present day generation. It was titled as the crossover SUV, but now it has become the Subcompact crossover SUV.

Soul was launched as the replacement for the Kia Joice. Joice had a very short life. It just ended up in 3 years. Though Kia Carens replaced Joice, but it was entirely a different platform. It’s more like a comprehensive Sports Utility Vehicle, rather than the compact family hatchback SUV.

The present day Kia Soul has various trims, distributed according to the territory. In Canada LX, EX and SX are the major trims. And in the United States, the trims for Kia Soul are Base, + and !. The Manufacturer Suggested Retail Price for Kia Soul is $16,100.

Kia Soul is sponsored to be a vegetarian car. It certainly means that you can get a good fuel mileage from it. But our tests with the base engine revealed a different story. The 1.6 L GDI gasoline engine is the base drivetrain. It offers 130 hp of power at 118 lb – ft of torque. We were expecting a 27 mpg average fuel mileage. But it showed up 25 mpg in a combined test. Even we felt a bit scuffing roar from the engine.

On the next stage, we met the turbocharged 1.6 L GDI engine. This is the performing machine of Kia Soul. This 1.6 is tuned to give 201 hp of power rolling at 195 lb – ft of torque. Under variable terrain, the car showed up a decent fuel mileage. It gave us a combined EPA of 27 mpg. The performance of this engine made this car to be a fun to drive vehicle.

A non-veg engine is even available in Kia Soul. The 2.0 L GDI gasoline engine is the very next contender in the variation of the powertrain. It offers 161 horses to gallop at 150 lb – ft of torque. Though it’s not a performing machine, but you can deliberately use it for towing.

This gasoline drivetrain is marketed throughout the world. But along with these we even get a diesel engine which has been particularly designed for European consumers. It’s a 1.6 L VGT diesel engine with 126 hp @ 192 lb – ft of torque. The performance of this machine is subtle and elegant.

Hamsters look pretty cool while dancing on Maroon’s Animals. But that is just with the electric Soul. Here with the gasoline and diesel Soul, you rather won’t require Hamster to dance off the Animals. But it does look like a hamster.

Soul has got a pretty cubic and classic body styling. It’s even a pretty uncommon shape. Even in its class, we don’t get such a body style. It looks much more like a wagon. We could even witness some active aerodynamics on the body.

Red Zone Edition is a special version of the Soul. It has the same body styling but slightly different cosmetics. Only 2000 units of Red Zone have been marketed. This Soul edition has white body color, red skirts, and a different grille. The 18-inch double spoke alloy wheels were used in the car.

The Soul is pretty spacious from inside. It has a rich interior, which we usually don’t get in this class of cars. Certainly, we don’t get such an interior at this price usually. Besides spacing, Soul is even quite comfortable to sit in. An optional panoramic roof adds more pleasurable journey in Soul.

The Red Zone edition of Soul has red accents, leather steering wheel and leather hood with red stitching. After 2014, most of the interior inclusion of Red Zone Soul was made standard for the upper trim of the car.

You may complain about the space in the trunk as its trunk does not allow much capacity to put in too much of luggage, as like the other SUVs of this class. Seat folders might help with space.

Kia Soul comes with the 8-inch touchscreen infotainment system. The system supports the Android Auto and Apple CarPlay. Wireless connectivity and Bluetooth integration are standard on the system, while navigation is optional. Harman and Kardon’s sound system is available for Soul.

The driving safety authorities are satisfied with the safety level of this car. They remark it as “Good”. Overall Soul has earned 4 Stars in its safety column. Well, Soul has an increased number of passive safety components. There are more airbags in this car than other vehicles of this class. Further, the front and rear design of the car has been created to reduce the impact of the collision.

A subtle performance capability and tons of features in such a low price are hard to compete. After a thorough investigation, we managed to bring out the Mazda CX-3. Certainly, we brought in a Japanese to challenge a South Korean. But hamsters won’t dance for CX-3. Mazda did a good effort in producing CX-3, but the performance and price of Soul, makes it rank at a higher position.

Well, what would you plan then? Power, speed, acceleration, comfort and fun at such a low price would certainly require a chance.

On the other hand, you may also check out our 2018 review of the Kia Venga model.