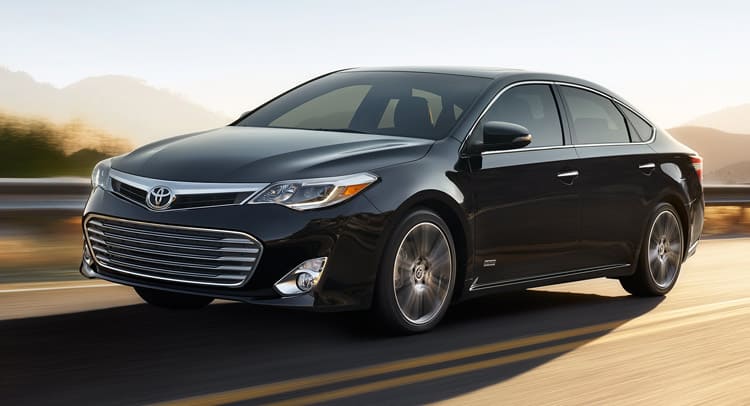 Toyota is one of the finest automobile companies in the world. Since 1937, the company has provided the world with top-class street legal vehicles.

Toyota Avalon, the successor of Toyota Cressida, is in the line of production since 1994. Avalon is in its Fourth Generation presently. The car is based on the concept of Toyota Camry. The difference so found is in the length of the car. It is a bit more stretched as compared to Camry.

When we go towards the Australia, Avalon has been discontinued there. It was 2006 when she was replaced with Toyota Aurion. The life span of Avalon in Australia was for 5 years, from 2000 till 2005.

In the third generation of Avalon, there was a lot of technical resembles of the car with its sisters. The Toyota Camry, Lexus ES and Avalon shared the same drivetrain. The only difference that could be found at that time was of the interior spacing and exterior.

However, the present-day Avalon shares its drivetrain with its sibling Lexus ES. And it is available in North America, some parts of South America, Europe, and the Middle East.

Do you know what Avalon means? Avalon is a fictional title of an Elysium featured in the Renaissance scripture presented by Geoffrey of Monmouth. The word Avalon means an island of fruit (precisely apple) trees.

Under the hood of Toyota Avalon, there is too much power. When you wish to go agile, then Avalon is a wonderful option. The two powertrains are a blend of sculpted sheer power and performance.

The 3.5 L is a V6 engine with a splendid share in performance. It is the one of the oldest engine used in Avalon. It was initially introduced in the third generation of this car in 2004. Since the end of the third generation, Avalon relied on this drivetrain and won fame in a number of markets.

Even today, all the models in the franchise have this engine in common. However, when you come across the hybrid version, the system gets a change. Avalon shares its Hybrid Synergy drive with Toyota Camry. In this model, Avalon gets the 4 in line, 2.5 L engine. This format is quite excellent in terms of building a good EPA.

The 3.5 L power machine offers 26 mpg as average EPA. While the Hybrid Synergy Avalon gives 47 mpg as an average EPA. The results are extracted from the test run in the city and over the highway.

The amazing thing about Toyota Avalon is that it’s the only full – sized sedan with a complete hybrid package. It has a 1.6 kWh nickel – metal hydride traction battery. The power ratio of the 2.5 L engine is certainly below 200 bhp, but when the gasoline and electric performances are merged, the power reaches 200 bhp. That’s what makes Avalon a super rider in the hybrid format.

Out of 8 models, three models are available in Hybrid Synergy Drive.

In the present day, all the Toyota Sedans resemble each other. Whether it’s the Toyota Corolla, Camry or the Avalon, they all have a similar front and back. The only difference you could figure out is of their lengths,

Among the Toyota sedan family, Avalon is the lengthiest one having a length of 193.5 inches. The front has the ventilation grille, as that in the Camry and the upper-level Corollas. But when you jump to the back, the tail lights are certainly designed the same way but have a different impression.

Avalon is amazingly luxurious. It is hard to believe that Toyota is offering too much luxury in such a less price. Not like the rest of the Toyota sedan family, Avalon has a spacious cabin. The front rows are comfortable for the rush and freeway driving.

When you jump to the rear seats, you would admire the space and the seats. They are enough comfortable to take three tall adults over a long drive.

Toyota is among those automakers who have introduced the Android Auto in their cars. Our Avalon has got a bigger 7-inch touchscreen for its infotainment system. Avalon’s infotainment system is loaded with Entune Services. Besides Entune, the system even has the navigational access, voice recognition, Sirius system and much more on the hook.

The system is responsive, but when we talk about the navigation, then you may get to complain about it. The system is prompt but doesn’t provide information about the major detail about a number of territories. It mainly targets the major cities of the country where Avalon is driven.

The 2016 Toyota Avalon achieved 5 stars over its safety testing. The present-day Avalon has got a refreshed system with an increased number in air bags and other passive safety measures.

Besides the passive safety tools, Avalon is even equipped with Toyota’s driver assistance tools. The system has tools like Pedestrian Detection, Lane Departure, Automatic High Beam and Radar Sensors.

When looking for the competitors for Toyota Avalon, we meet a number of other models of cars. They include Dodge Charger, Ford Fusion and some other. Among those competitors, Kia Cadenza is the closest one.

Cadenza has some weaker drive specifications, but Kia has tuned it in a way that it has more power than the Avalon.

If you are thinking to move up to an executive level, then Toyota Avalon deserves a chance. It’s a step ahead in lower price.