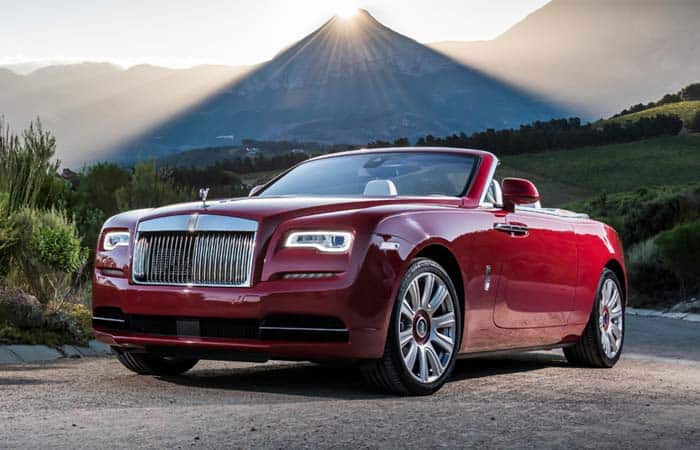 Whenever the luxury is redefined, it remains the same. It gets no change and is never depreciated. Well, every time a grand touring car is produced, a newer name is given to the luxury. But never mind, the luxury does not get any effect. It actually affects the responsiveness of the car that how much comfort does it have.

Well, Rolls-Royce has been playing with the delights of luxury for quite long. In every generation, the Rolls-Royce introduced competitive grand tourers that lied on the standards of the luxury.

Just a few years back the Rolls-Royce Dawn was introduced. It was the Frankfurt Motor Show 2015 when the Dawn was announced for the first time. At that time, the Dawn was not the only luxury car available. Instead, there were plenty of competitors sitting around it.

In the past, the Rolls-Royce was among those few who built exquisite luxury cars. But now the times have gone differently. The Bentley, Mercedes, BMW and the Audi are some notable rivals of the Rolls-Royce. And even some American and Japanese cars are some rivals for the Rolls-Royce.

Ultimately, it was necessary that the Dawn should have enough resources to compete for these all. Especially the Bentley, which is actively manufacturing the grand tourers. To make this possible, Rolls-Royce partnered with the BMW to bring is a fine taste to the performance of this car. While the exterior design and the interior setting is all done by the Rolls-Royce itself.

Well, the Rolls-Royce Dawn is priced as low as $343,875 only. And the available options help in taking that price up to $345,000. In our analysis, we found the Dawn more attractive, handsomely design and highly intuitive. While on some occasions it seemed outdated.

The grand touring are remarkable only if you have eloquent power and commendable dynamics. Otherwise, it is nothing more than the exhaustive long journey.

The Rolls-Royce Dawn gets the 6.6 L V12 twin-turbo engine directed from the BMW 7-Series fifth generation. Well, in the BMW it is in its natural state and was discontinued after a short span of time. While here it gets the Twin-Turbocharger, the modified version that was designed for the long-wheelbase.

This V12 twin-turbocharged machine offers 563 hp of power at 605 lb-ft of torque. Comparatively, the 7-Series was just 27 horses shy. In a simple equation, that is all the effort of the twin-turbocharger that let this car ride with such a huge mass.

Well, this powertrain gives a decent acceleration to the Dawn. It moves from 0-62 mph in 4.3 seconds and has a total speed of 155 mph.

The 8-speed automatic ZF 8-hp transmission is even borrowed from the BMW. Being a perfect match for this drivetrain, it was obvious to use the same transmission system. Well, that is a pretty smooth transmission system. And along with that, it is quicker than what it seems like. Though outdated still in a good shape. Nevertheless, the Dawn is a 7-Series covered up by a redesigned Wraith.

The Dawn gets a pretty good grip on the road, but the steering does not feel smooth at all. You cannot really make it turn quickly. It is just a glance for the straight, untethered driving. The turning radius for this enormous convertible is 0.83 g. Well, the braking is pretty much fine and up to the mark. It stopped from 70 till 0 mph within 162 feet. For such a huge convertible car, that is awesome.

The Rolls-Royce Dawn is a reshaped Wraith. It gets the same looks but in a convertible format. In a way, the Dawn is the convertible version of the Wraith. And also a long base convertible model for the 7-Series.

Well, she is a sexy car with pretty aggressive intuitive appearance and charming design. Overall, you would not get anything like aerodynamics on this car. Certainly, it seems like it is a pretty poor concept for the Rolls-Royce. But still, this old school Dawn is doing well with the road grip.

Besides science, you have plenty of options to enhance the beauty of your Dawn. Like you can adjust the color of the body, the color of the roof, the wheel design and the contrast. You can mold in your way.

The interior is the major scoring aspect of this car. It gets a pretty remarkable collection of leather and wood adjoined to provide you an eye-catching interior setup. The Dawn has been designed for four people including a driver. And nevertheless, you can make 4 adults sit in this car.

The cockpit is not a tech frenzy tool that we usually get in the modern day sedans and coupes. It is an obsolete vintage collection segment brought down by the ancestors of Dawn. It could have been a source of thousands of tech tools, but it has been kept classic to support the spirits of royal cultures.

You cannot really define the comfort level of this car. It full of luxury and relaxing ingredient. Once you get into this car, you would never wish to come out of it. But your Android or the Apple smartphone would certainly ask you to go out and find something more technically fat beast.

The 10.3-inch LED touchscreen infotainment system has some good graphics on it. But under the graphics, it is the BMW’s engineered software that is running on this console. Well, you do not get any sort of modern tech in this car. It does not have the Apple CarPlay, the Android Auto or the Sirius XM Satellite Radio. All it has is just the simple multimedia, telephony and some sort atlas gave the name of navigation.

Besides, the Dawn gets a pretty soothing sound system. It plays in a pretty romantic manner. And you may hardly find such custom built sound systems in the cars of today. And apart from this all there is nothing more than the Dawn could offer.

Blind spot monitoring, tire pressure monitoring or the lane keeping assist? Do not think about it while acquiring the Dawn. It comes with the airbags, belts, anti-lock braking system and a cruise control. That is all the Dawn could get you.

Besides, the braking is fine and even the traction is awesome. It mainly remains on you that how you drive it.

The Ferrari California T is one of the brand ambassadors of the modern day grand touring cars. It has agile performance, eye-catching design, remarkable interior and a lot of tech-friendly tools. Being a lower amount of option, the California T directly confronts the Dawn. Otherwise, they would not have come across each other.

The Dawn is just a style and nothing else. It comes with a borrowed drivetrain and the design. And just only the interior setting is its own. She is more like a candidate that was pushed into the competition to fill some gap.