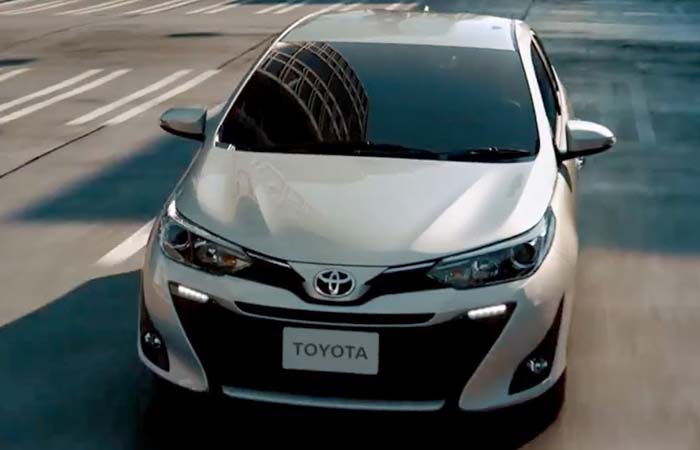 The economic cars are the real market leaders. That is a common observation that the cars that offer better mileage and lower maintenance cost are sold more. And if they have an impressive cue of style and interior comfort, they become a master in a disguise. Well, this concept is mainly focused on Japanese automakers.

Somewhere in the last year of the 20th Century, Toyota introduced the Yaris. Well, Toyota actually launched it to fill the gap that Starlet and Tercel had created. Both of these cars were a mere success for the company in Japan and some Far East Asian countries. But in the rest of the world, they hardly gathered any fame.

Well, Yaris did not take much longer to become casual on the streets. And some notable market tactics from Toyota made Yaris famous worldwide. This was all the first generation of the Yaris that commenced in 1999. Internationally Yaris was marketed as Vitz and Platz. Where Vitz served as the hatchback and the Platz was a sedan variant.

By 2005 the second generation was introduced. Well, its styling hardly differed the first generation. While the only difference encountered was the international sedan that was replaced with Belta. In 2013 the third and the present generation was launched. It does have some fantastic styling and impressive interior. And even Toyota has improved the driving quality of this car.

Well, don’t get confused with the North American spec Yaris, as it is the rebadged version of the Scion iA.

The Toyota Yaris is normally available in three models, the Base edition, GR Sport and the Hybrid Chic. While it could be different for every region. Further, the Yaris begins from $11,350, which is quite fine for a base level hatchback.

The Yaris is a pretty competitive product in the market. You get almost everything you need. It has performance, stability, control, and the economy. And it is something that is needed the most when you have to cut down your travel expenses.

Well, coming to the drivetrain, the 1.2 L 4-cylinder engine takes the opening position. It is purely a city variant with decent performance specs filled with 87 horses pounding 77 lb-ft of torque. And it comes mated with the 5-speed manual transmission.

The 1.3 L 4-cylinder engine with 98 horses is notable in the Asian market. Further, this machine comes with the 5-speed manual as standard while a 4-speed automatic is optionally available. Ahead of that, its European variant gets 101 horses making 97 lb-ft of torque. Additionally, it gets the start and stop feature, the Dual VVT-I and the exhaust gas recirculation system. While CVT is also optionally available.

The only diesel variant comes equipped with the 1.4 L turbocharged 4-cylinder engine with 89 hp of power and 151 lb-ft of torque. This is the next option available in the European market besides the gasoline variant.

The Chinese pump action addition comes with a 1.5 L inline-four engine. Well, this is an upper trim variant, having 106 horses producing 103 lb-ft of torque. The same machine with the Dual VVT-I is available in the rest of the world.

The one and only flex-fuel edition are offered in Brazil. It gets a powerful 1.5 L 4-cylinder engine making 108 hp of power with 100 lb-ft of torque. Conventionally it runs on gas but it can also run on the mixture of gas and ethanol or purely ethanol.

The designing is fresh and stylish. And it seems like Toyota got impressed of some European hot-hatch and it went onto to build Yaris that way. Well, a sharp nose front with a large lower grille, stylish headlamps, 16-inch alloy wheels, black side mirrors with black roof, shark fin antenna and a flat spoiler are some basic cosmetic ingredients. While the rear design is even fine. Further, the GR Sport edition comes with black 17-inch wheels, black headlamp inserts, and a black grille.

The interior appointment is comfortable but dated. The costume selection is far better than what we commonly see in cheap hatchbacks. But it is much like just acceptable. Well, the Yaris offers seating space for 5 but the rear row guys might complain about knocking their knees. Certainly, the tall guys would complain about that. Further, the driving position is pretty good for a tall driver, but short guys might have some trouble with the adjustment.

Ahead of that, the Yaris offers a good amount of space for the cargo, especially when the rear seats are folded down. Well, in a way you can carry up to a half a year of your groceries with the rear seats down.

The Yaris gets the option for the Toyota Touch 2 Multimedia System. It is just a media player with some music play options and USB ports. While it even features the navigation as well. Further, the Toyota Touch 2 with Go brings more functionality such as the 3D maps, auto navigation, and the voice commands. While the Android Auto and the Apple CarPlay are not available but the smartphone integration suite comes installed.

The growing traffic is increasing the need for handy safety features. And every other car today has some technical safety features installed. Like the Yaris gets the pre-collision mitigation system, lane keeping assistant, stability and traction control. Further, it gets the road sign recognizer, the antilock braking system and the electronic brake force distribution.

The Honda Fit is one of the renowned competitors for the Toyota Yaris. The Fit offers a similar type of drivetrain catalog but offers a convenient interior setup. While designing for both cars are distinct and full of flavor.

Well, the Toyota Yaris is yet another cool option if you are looking for a family car with lower fuel and maintenance expenses. And it could even save you some parking fee.