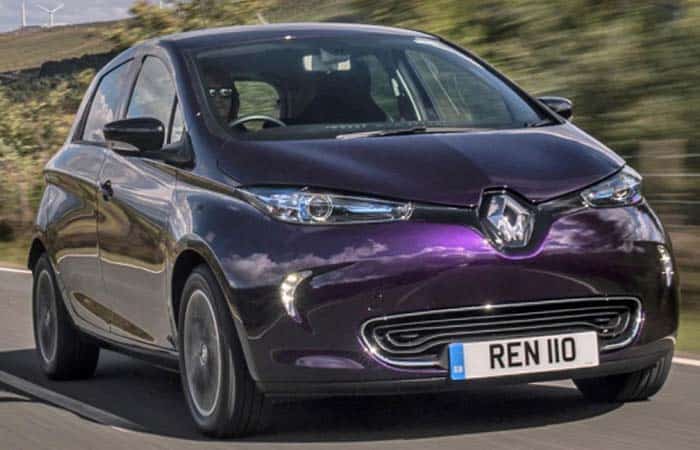 How could Renault sit back and enjoy the show? When it has such an impressive R&D team, then why not research an electric car? Well, that thought echoed very loud and Renault went on to discover an all-electric city car.

That led to the designing of the Zoe City Car. The first ever concept was displayed during the Geneva Motor Show of 2005. And the concept car was much like a funky ride with three seats and convertible hatchback. Though spectators did not laugh it off. But it did not even receive too much appreciation.

The next concept was displayed in Frankfurt in 2009. Well, this one was a bit better option, designed much like Clio. But it featured some cosmetic therapy functions borrowed from L’Oreal that was supposed to keep the occupants’ skin rehydrated. And it even sprayed germs killing oil. Well, that sounds much like a free dermatology treatment packed with the pest control service. Why would a car need that?

Finally in 2010 Renault displayed one of the reasonable concepts in Paris. That sounded much like a city car with a decent styling, acceptable interior setup and an electric car like behavior. And following that, Zoe commercially hit the market by the spring of 2012.

Well, Renault had to keep it updated in order to stay up with the competition. And one of the remarkable updates was launched back in 2016 with increased drive range and greater battery volume. Further, a sports version with two electric motors and power rated above 400 hp is expected to come out soon.

It is not too difficult to develop an electric car. But making it efficient is the most important job. Especially when the competitors are up to increase the driving range, the development should be coherent enough to deal with that.

Renault had very tough competition, and it is still prevailing it. Like its counterparts from Europe, the Volkswagen, Nissan and some other giants were busy in increasing the range and reducing the charging time on their cars. Keeping this in the mind, Renault first launched Zoe ZE20 with a 65 kW synchronous motor powered using a 22 kWh lithium-ion battery. The overall system contained 87 hp of power at 162 lb-ft of torque. Further, it could drive up to 130 miles on a full charge.

Well, this was a substantial development that heated up the competition. And not just the European giants, the American and Japanese competitors even worked out their ranges to go max.

The competition did not set to rest all. And even Zoe was not that chick which would attract a lot of customers. While Renault knew this all and it stayed with its development to increase the range.

After a few years, Renault launched the Zoe ZE40 with a bigger battery and a powerful motor. Well, the bigger battery has 41 kWh capacity. And the motor can produce up to 80 kW of power. While the overall output reached 108 hp of power with 166 lb-ft of torque. Further, the driving range increased to 186 miles. Additionally, the ZE40 also features quick chagrining ability that could fill up 80% of the batter in an hour and five minutes. While the older ZE20 takes 40 minutes more to reach that percentage.

Ideally, the Clio worked out for the Zoe. The major portion of the designing, the front and the rear, were taken from Clio. Even the sides are copied. While the designers made some changes to the design to make it look different. Well, the cosmetics include a pair of projector lamps, LED DRLs, alloy wheels, side indicators in the mirrors and cheeky rear design. Overall, Zoe looks stylish and attractive. Further, it gets some nice options for the exterior decoration. Such as the color range and a couple of alloy wheels design.

The Interior is quite neat and decent. It is neither too much tech savvy nor too old school. In a way, it is moderately appointed interior. Ahead of that, the only rich option is the leather seats. Besides, the seating is fine in the front row. But the rear row is a bit congested. While there is sufficient space available for the cargo.

The Zoe features the Renault’s R-Link infotainment system. This system features the Android Auto, navigation, multimedia configuration and telephony. Further, the ZE smartphone app makes you stay connected with your car and do the charging and see the status of the charging. To save some battery you can switch to the Eco-Mode, which would in a way kill the climate control to maximize the driving range. Additionally, the Zoe gets the option for a Pre-Conditioner. This is not what the L’Oreal contributed. But in a way, it is a comfort feature that adjusts the car’s atmosphere before you sit in.

The responsive safety features could guarantee your maximum protection. The Zoe gets the needed passive safety material, including seatbelts and the airbags. Additionally, it gets the electronic stability control and the hill start assist. Well, it is an electric car, and it is certain that EVs are noiseless. And the roads with less movement could be dangerous as the pedestrians won’t be able to hear the car coming behind. To address that, Renault has installed an auto honking feature that beeps after sensing the presence of the pedestrians. That’s intelligent!

The Nissan Leaf Plus drives up to 226 miles with a 215 hp system. That is indeed robust and impressive. Well, the base version Leaf and the Leaf Plus definitely give a hard time to Zoe. And they even rate among the best electric cars.

Good but not the best! But Renault can obviously make it better. Styling and the interior take the highest score. While there is plenty of room for the improvement in drive quality.