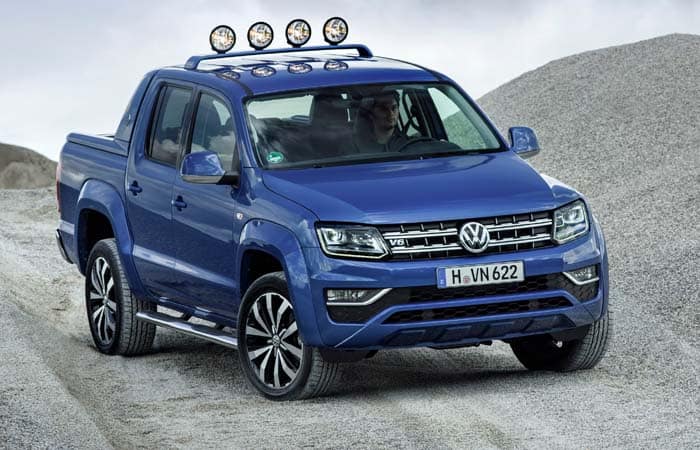 Almost one and a half decade back, the automobile giant, the Volkswagen, intended to create impressive off-road vehicles. That led to the beginning towards a new era of the Volkswagen production. Despite it was taken as a new lead into the Volkswagen’s panel van chapter. But soon as the spy pics came out, the folks clearly learned the intentions of the company.

The Volkswagen was planning to create something bigger than Taro, one of its dead pick-up truck. Well, Taro was much like a farmer’s cab that could carry some beans and a couple of goats. But it was quite quickly grasped that the world is shifting towards a different trend of off-road vehicles.

Finally, after a few more spy pics, Volkswagen went into deciding the title for their new truck. And in 2009 the Amarok was revealed for the first time. Well, the Amarok is taken from an Inuit language, meaning Wolf. While as far as the wolves are concerned, Volkswagen had been quite a close fan of the wolves. And that is what you can get from the Wolfsburg Crest pasted on various Volkswagen cars up till 1980.

The present-day Amarok is available in three trim levels. Where the Base variant is yet another modern-day farmer’s cab with advanced amenities. While the Trendline and the Highline take the prominent position in this series. With the Trendline beginning at $40,750 and the Highline is available for as low as $51,000. Further, optional features include increased power, tech facilities, convenient options and some exterior and interior enhancement. And with all this installed on your Highline Amarok, you would surely beat $60,000.

There is only a single gasoline drivetrain available for Amarok. While the majority is taken by the diesel variants. The only gasoline variants come with the 2.0 L TSI 4-cylinder engine having 158 horses pounding 221 lb-ft of torque.

Well, all the variants are turbocharged. And there are a couple of bi-turbo drivetrains available as well. Ahead of that, the base diesel variant is equipped with a 2.0 L TDI 4-cylinder engine powered with 138 horses making 251 lb-ft of torque.

Well, the Amarok even gets a performance variant equipped with the naturally aspirated 3.0 L V6 engine. The base configuration produces 161 hp of power. The one above gets 204 horses. And the final trim level is powered by 258 horses. While all of these dance on 406 lb-ft of torque.

What is the exact definition of stylish, is certainly not known to Amarok. The Volkswagen Amarok carries an aggressive and bold appearance, but the concept of beauty is missing. Well, the pick-up trucks do not need to be bold and beautiful. But they do need some patterns of attraction. Well, the cosmetics include the steel wheels, Volkswagen’s Signature grille, LED lamps and the body colored side mirrors. While when you go for the upper trim level you get the alloy wheels, fog lamps, DRL and load efficiency unit.

The interior setup is dated but comfortable. Well, Amarok offers plenty of seating space, covered with either leather or some premium quality material. The accent and the hides even get a reasonable ingredient. All that you would have to compromise are the tech-savvy items that are now becoming common in the city cars. Besides, the driving is quite relaxing, with ergonomic touch and 12-way adjustment points. And the outside view seems dramatically impressive, even if you are traveling in the most boring spot in the world.

A 6.3-inch touchscreen infotainment system is available for the Volkswagen Amarok. Well, it comes with the multimedia features, Apple CarPlay, Android Auto and MirrorLink. Further, the entertainment corner is filled with the 6-speaker sound system with dual tuner and electronic voice amplification system. Ahead of that, navigation and the voice command system is also available for Amarok.

With the most advanced safety features, driving is becoming yet another convenient activity in the world. Well, some of the advancements are even installed in the Volkswagen Amarok. Such as the autonomous braking system that reduces the chance of collision. Then it includes the electronic stability control and the trailer stabilization system that keeps you and your package intact.

The spy photographers initially confused the Amarok with Hilux. But later when it stepped into the market, it conventionally became the competitor for the Toyota Hilux. Well, the Hilux is covering a vast range of market and offers plenty of powering options. While Amarok does not have much bigger caliber. But they completely get a fine competition in the European market.

Well, the Amarok is not bad at all. It is indeed a fine pick-up truck. But it needs some improvement inside to make it advanced and amazing.