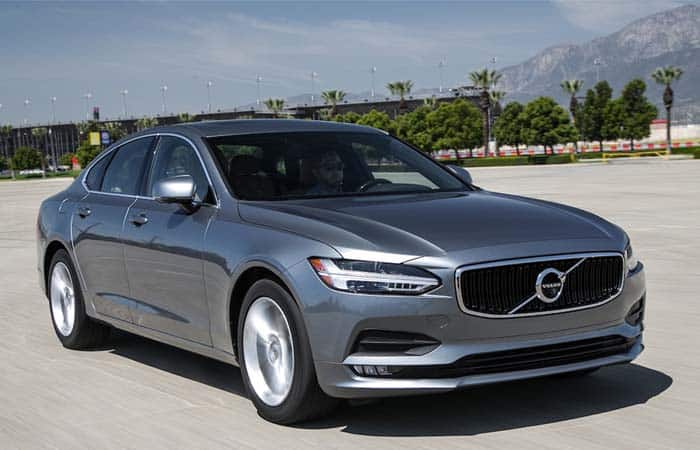 The luxury experience matters a lot when you need to show-off the executive sense in you. Your dressing, gathering, community, home and even car should depict tons of luxury. Well, for the luxury car, you would get plenty of options. And one of the recent Swedish options is the Volvo S90.

The S90 has been introduced in 2016 as the successor for the Volvo S80. The S80 served as a luxury sedan for almost 18 years. That car was successful in almost every chapter, whether it is driving experience, luxury or design. And the S90 has been introduced on the footsteps of the S80. Soon after the S90 was revealed to the world the S80 went out.

Well, the styling and mechanism have been carried on from the predecessor. But it gets everything improved. Even it features a lot of fresh techs that is also relatively new to the market.

The whole story of S90 began in the winter of 2015 when a boy caught the picture of this car. And he spoke to his parents that Volvo is bringing something new in. Well, that was just a rumor for the mum and dad. But that rumor turned into a reality when Volvo displayed the S90 for the first during the 2016 North American International Auto Show.

This introduction was too much luck for the company as within just a few days it earned the Design of the Year Award. And certainly, this market a bright start for this car.

There are a number of folks that are not impressed with the performance of the Volvo S90. But there are even some expert drivers that reveal that Volvo S90 is a superb car to drive. Certainly, they call it the best in the class.

Well, S90 gets gasoline, diesel and the hybrid drivetrains. And all of them offer sheer power and decent performance traits. In 2017 the S90 has received a new drivetrain with lower power and even low fuel consumption. That is absolutely designed for those looking to cut down their refueling cost. But they are highly interested in driving a sporty executive car.

The hybrid versions are blessed with immense power and fine torque distribution. And they are the ideal variants in the whole S90 series. The combined output received from the finest hybrid drivetrain is around 402 hp of power.

The S90 has an elegant exterior design. It is a full and mid-length sedan with an executive appearance. Well, the base version gets 18-inch alloy wheels while the Inscription models come with 19-inch 10-spoke alloy wheels. Further, the cosmetics include LED lamps, fog lights and different grilles for both the models.

Well, the S90 is totally dressed up as a decent car that could fulfill the ride commands for a corporation’s executive.

The Volvo S90 has received some improvement recently. The leg room for the rear has been increased offering some more space to relax.

Well, the interior is fine and filled with the premium ingredients. Like the leather seats and plenty of convenient spots. Further, the interior setting is quite comfortable for 4 including a driver. Overall it appears to be an executive car with lots of space for seating and cargo.

The S90 gets a large vertically aligned 9-inch touchscreen infotainment system. It is the Sensus Connect system with low features and a basic integration. Well, the available features include the multimedia player, radio, Bluetooth, telephony and the navigation. Further, the S90 gets a 12.3-inch driver’s cluster display with digital customization options. Ahead of that, the Volvo has included the Semi-autonomous drive system for the S90. It comes available with the adaptive cruise control.

With the Volvo S90, you get a handful of standard safety features. Even there is a wide variety of safety specs available optionally. Well, the standard features include parking assistant, hill start assist, collision mitigation, lane keep assist, blind spot monitoring and cross traffic alert. Further, it includes the adaptive cruise control, the road sign recognizer and the rearview camera.

The Volvo S90 stands beside the Acura RLX. Well, that is more to the extent of market competition. While when you start comparing both of them, you would surely find that a lot different. But this what the consumers recommend.

The Volvo S90 is proving to be a fine car, with remarkable performance specs. It is indeed a masterpiece from the Volvo.