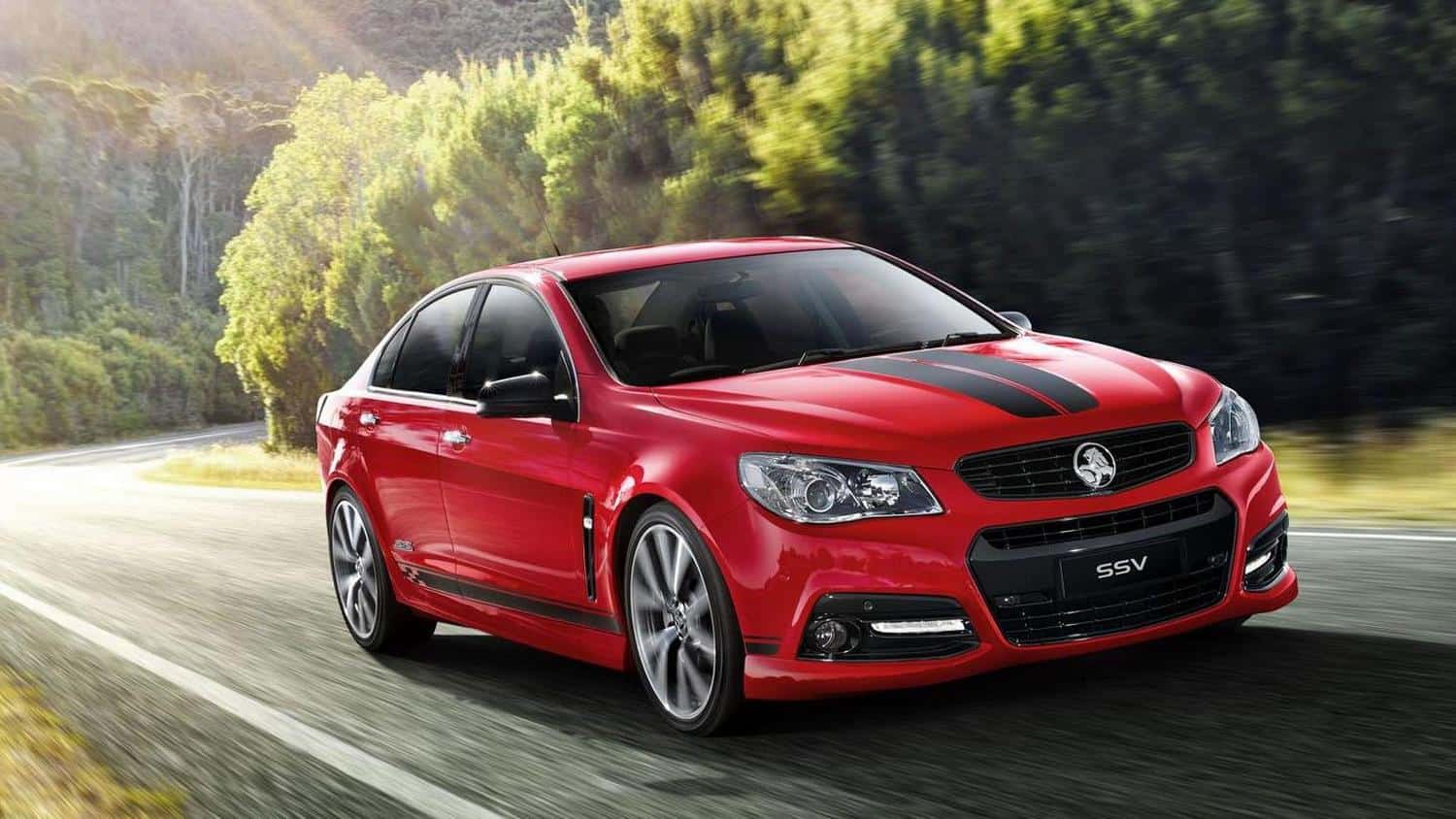 At the moment, given that a lot of cars are imported from other countries, Australian cars aren’t really on their own. But if we go back in time, it is clear that Australia has a powerful car history.

A few decades ago, it was one of a few capable to design, engineer and manufacture cars. These were Australian car brands such as Mini, Leyland, Chrysler, Nissan, Valiant, Renault, that achieved a number of 450,000 cars overall.

Most Popular Car Companies of Australia

Besides these brands that don’t exist anymore, there are others, newer,  which managed to survive the auto market: Holden, Ford Australia & Toyota Australia. They have their certain segment of buyers who are proud enough to stick to their Aussie Cars, in spite of the fierce competition coming from Asia and Europe.

Aside from being the most renowned Australian car brand, Holden produces vehicles that are affordable to everyone. It also includes a variety of automobiles: small ones, sports cars and even SUVs. The company has been part of the General Motors Group since 1931, when it became the Australian brand responsible for Australian car production. They are not producing vehicles only for Australia, but also for the rest of the world.

Stats: In terms of sales, the Commodore production line managed to sell 2967 units in 2014, which was a success; the company hasn’t reached such high numbers since November last year. Unfortunately, General Motors Holden decided to quit making Holden automobiles by the end of 2017, which can be a major problem for the automotive industry in Australia.

The American giant is in Australia as familiar as it is at Uncle Sam’s. However, Ford Motor Company of Australia Limited (or Ford Australia) is part of Canadian Ford Motor Company and not of the US one. Being the third largest automotive manufacturer in Australia, this Australian car maker presents an impressive collection of medium and large passenger vehicles for both the domestic and the export market.

Aussie muscle car fans should look into Australian classics, which come with impressive design and powerful speed. The Australian muscle cars are as fancy as the American counterparts.

Some of the models are worthy of being displayed in a museum, as they remind of long-forgotten days of Australian heritage. The 1977 A9X Torana, the XY GT Falcon or the Tru Blu Dick Johnson XD Falcon Face Replica resemble many of the American muscle car we’ve seen in Hollywood productions. It looks like Aussies have a good reason for their automotive patriotism.

Stats: Unfortunately, Ford Australia will stop car production by October 2016, after almost nine decades of manufacturing in the country. The high production costs, “the fragmented marketplace and the low model volumes that result” are among the main reasons why the decision was made.

With an impressive history behind it, Ford Falcon was the best selling Australian car make. However, this doesn’t stop the company to cease its production activities.

Stats: When it comes to the Aussie cars industry, general statistics show that their car brands reached high numbers in 2013: they registered 1,136,227 vehicles. The most popular brand was Toyota, that sold 43,498 Corollas and 39931 Hilux, followed by the Mazda3 (42,082), the Hyundai i30 (30,582) and the Holden Commodore (27,766). Overall trends for 2014 show some interesting patterns for the main players in the automotive game. Larger vehicles seem to be among people’s preferences more and more: the large SUV sales were up 9.7%, whereas small car sales witnessed a 4% decline. This should be no wonder, since country automobiles are a must in a continent as wide as Australia. Could this be another one of the reasons for Ford’s departure? It remains to be seen.

Holden Special Vehicles, better known as HSV, is the official partner of the renowned Australian vehicle manufacturer, Holden. The company mainly specializes in producing performance variants of Holden models, such as the Ute, Commodore, and Caprice.

All vehicles remodeled are then marketed under the name HSV. The parent companies of HSV include General Motors and Walkinshaw Performance.

Founded by the famous Australian racer Garrie Cooper, Elfin Sports Cars, as the name suggests, is a sports car manufacturing company based in Australia.

In 1983, the firm was bought by John Porter, Don Elliot and Tony Edmondson, but now the company is owned by the famous British Racing driver Tom Walkinshaw through his company, ‘Walkinshaw Performance’, and mainly specializes in manufacturing Formula 1, 2 and Junior models.

Iveco Australia, as the name implies is the Australian division of the famous Italian automobile manufacturer, Iveco. The company is also a subsidiary of the famous CNH industrial and is well-known for manufacturing some of the best trucks in Australia.

The company is the only semi-truck manufacturer that doesn’t produce American branded trucks.

Mack Trucks Australia, as the name suggests, is the Australian division of the popular American truck manufacturing company, Mack Trucks.

Nota Sports and Racing Cars is one of the oldest racing car manufacturers in Australia. The company was founded by Guy Buckingham, who was an aircraft engineer. The company gained a lot of popularity during its early years and is well-known for being the first company to introduce space-framed sports cars in Australia.

Just as the name suggests, DRB Sports Cars is a racing car manufacturing company based in Australia. The company is mainly famous for manufacturing replicas of the Iconic Ford GT40 and AC Cobra 427. Ever since DRB has been founded it has manufactured and sold more than 350 cobras. Although the numbers are low, the company still seems to have a good reputation of producing some of the most powerful, strong, and exceptionally beautiful cobra vehicles.

The Australian Motor Industries was among the few popular car manufacturers in Australia. The company had gained a lot of popularity during its early stages and mainly specialized in redesigning popular cars from brands such as Mercedes, Rambler, and Toyota.

In 1985, the company was reorganized and renamed as AMI Toyota. Soon enough, Toyota bought all the shares of the company, thus causing the company to come to an end.

Rootes Australia, as the name implies, was the Australian division of the famous Rootes Group, a British automobile manufacturing company. The company was established immediately after the Second World War and introduced many vehicles that were a hit during the 50s.

Among some of the most popular were the Hilman Minx, Humber Super Snipe, Sunbeam MK II, Humber Hawk, and Singer Gazelle.

As the name implies, the Australian Six was an automobile manufacturer based in Australia. The company generally produced vehicles from 1919 to 1925 and specialized in manufacturing vehicles with a conventional chassis layout. It even produced imported and local parts, such as gearboxes, engine components, and chassis components. However, due to the high local construction costs, the company was forced to cease production, eventually coming to an end in 1925.

Birrana was the name of two popular motor racing organizations in Australia. The company generally manufactured vehicles from 1971 to 1978. It mainly specialized in producing open-wheel racing cars and the most popular Holden V8 Touring cars. The company earned a lot of reputation during its early stages and won a lot of racing competitions as well. However, in the later years the company shifted from racing and manufacturing and now exists as a mechanical engineering firm in Australia.

Giocattolo Italian for ‘Toy’ was a short-lived Australian car company that manufactured only one vehicle during its entire existence. The car was also named as ‘Giocattolo’ and was based on a heavily modified Alfa Romeo Sprint, which had gained a lot of popularity during the late 80s. Only fifteen models of the Giocattolo were manufactured before the company came to an end in 1989.

We hope you learned more about the list of Australian car brands, and the logos which will help you remember the companies names. If you would like to check out more list of car brands country wise, read this.