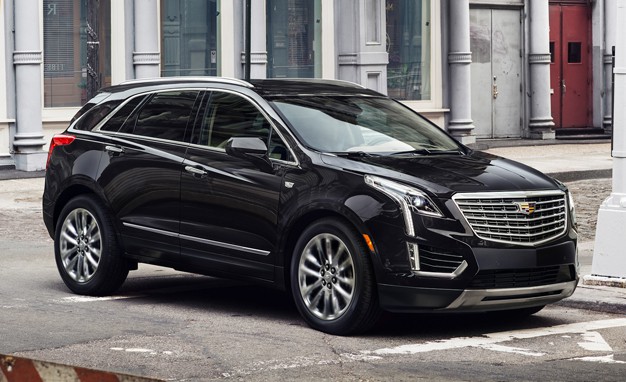 The Cadillac XT5 is one of the latest cars from this company. In the winter of 2015, the car was displayed for the first time. The production of Cadillac XT5 began in 2016 for the model year 2017.

XT5 is the successor of Cadillac SRX. SRX has been one of the best-selling cars for Cadillac. It has reigned for 13 years. The design, as well as some portion of the mechanics in both the cars, is same.

SRX was discontinued after the launching of XT5 in the spring of 2016. The Cadillac XT5 is manufactured in Tennessee and Shanghai.

It is even the second car from Cadillac which has been titled with an alphanumeric name. The first one being the Cadillac CT6. The XT5 is the console of all the research and development performed by Cadillac. It is not the conventional Cadillac Vodo, instead, it is an improved version of all the Cadillacs to the date.

Cadillac XT5 is even the first vehicle from the GM to utilize the C1XX platform. The platform will further be utilized by GMC and Chevrolet vehicles.

The trim level is distinguished on the basis of features, interior and exterior. XT5 is divided into 4 trims, XT5 being the base trim, then Luxury, 3.6L Premium Luxury and 3.6L Platinum. The pricing begins from $39,395. While the standard high-level trim is priced at $62,895, without any optional feature.

Cadillac XT5 comes with a 3.6 L LGX V6 engine for the North American market. This powertrain has been used in Cadillac CTS and ATS before. This V6 engine has a power of 310 hp, with 271 lb – ft of torque.

Besides the V6 engine, we even get an inline 4 – cylinder engine. It has a displacement of 2.0 L, having a power of 258 hp and torque of 295 lb – ft. Generally, this drivetrain is offered outside North America.

When it comes to the performance, this inline 4 is certainly the same as the other Cadillacs. Though the driving enthusiast may go for the V6, but the family guys would rather prefer the 4 – cylinders.

The Cadillac XT5 is 278 lbs lighter than its predecessor SRX. This weight reduction allows some smoother steering to the car. Front – wheel – drive is the standard configuration of XT5, but all – wheels – drive is even available.

Sitting in a competition of fabulously dressed SUVs makes XT5 to even wear some attractive costume. The Cadillac XT5 has the same royal fashioned Cadillac Grille, with the Cadillac crest in the middle of the grille. Further, this car has the application of active aerodynamics. The ride height from the front is lower, which makes it look much like sporty cars rather than monstrous off-road vehicles. The inclined roof is yet another contender of aerodynamics. We usually find SUVs designed to interact with air friction rather than the drag coefficient. But XT5 has ample dynamics to cope up a decent drag figure. Well, each trim level gets a different wheel.

Doors, seats, dashboard, roof and everything else in the interior has the leather coating. Well the interior design mainly has leather. The front and the rear rows of seats are pretty spacious. Even in the trunk you get ample space for your luggage. Though it seems a bit short because of its round shape, but actually it is sufficient. Beside leather, you even get some touch of wood in the interior designing.

Heated and ventilated front seats, heated steering wheel and Bose Sound System are some major ingredients of the interior in XT5.

The conventional Cadillac CUE system is really hard to use. And this is what that never satisfies us about Cadillac. It’s actually a merger of American and German automobile technologies, which indeed is not as responsive as it should be. But the one in XT5 is relatively smart and easy to use. It comes with the 8” touchscreen. Apple CarPlay, Android Auto and Sirius Media is available for XT5 infotainment system.

One of the handy features of Cadillac XT5 is its cylinder deactivation and activation function. The feature is available with the V6 trims. Indeed it’s fuel saving tech. But, it is an automated feature, which depends on the throttle. And this is where you may get trapped. You lose the throttle, the cylinders will deactivate, but if you rapidly step back on the throttle, the function would take some time to activate the cylinders.

The Cadillac XT5 has received 5 stars from the safety regulatory authorities. It has everything that you need in the column of your passive safety. Even there are a number of optional passive safety features available as well. A number of active safety features are available in XT5. Such as Adaptive Cruise Control, Pedestrian monitor, Lane departure warning and blind spot view.

The Mercedes-Benz GLC-Class is the competitor of most of the SUVs. Mercedes is competing almost every SUV nowadays. Similarly, the Cadillac XT5 gets the competition from the Mercedes-Benz GLC-Class, and the results are pretty much same, as we got with other SUVs vs Mercedes. Performance, design and luxury are certainly more in GLC-Class than the Cadillac XT5. The only place where the XT5 leads is its price.

Indeed if you are looking for a cheaply priced SUV then XT5 could do for you. But the higher trims may not become your ideal choice as the options for that price increase.