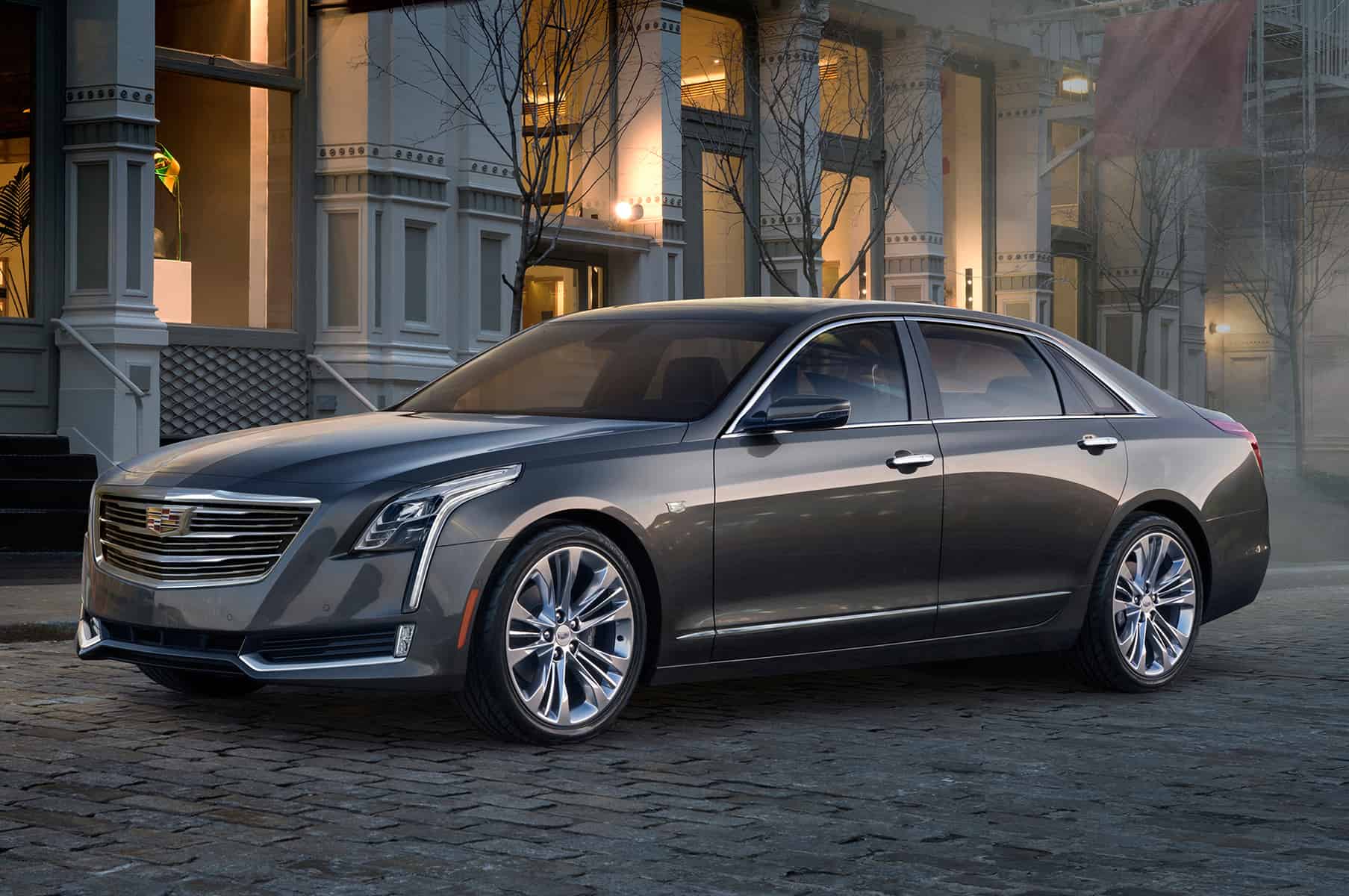 Cadillac has refined the world of luxury and comfort. The grand vehicles are no more the royal tourers, now they have become the high-tech cars. The Cadillac’s CT6 is part of those grand cars. CT6 has been awarded as “Luxury Car of The Year 2016” by Digital Trend Car Awards. Definitely luxury and comfort are the utmost concepts in this car.

As per some studies, CT6 successes Cadillac Fleetwood, which was last sold in 1996. This is because Cadillac did not produce any rear – wheel car since Fleetwood. After 19 years in 2015 New York International Auto Show, Cadillac unveiled CT6 with rear – wheel drive. While it was released for the general consumers in 2016.

The General Motors has worked a lot over the Cadillac CT6. Especially on the concepts of tech driving, a lot of emphasis has been laid. This purely American car has revised multiple automobile concepts. Even it has revised some of its siblings’ concepts of driving.

The price factor of Cadillac CT6 created rivalry chances for other luxury vendors. CT6 is tagged as low as $53,500 which is comparatively higher than its competitors.

Cadillac introduced the cylinder deactivation concept in cars. This feature turns off the cylinders while the car is not in the phase of using the full power. This reduces the actual power of the car and even helps in making Cadillacs more fuel efficient. This technology is available in CT6.

The driver would certainly complain about the shift package of the CT6. Our previous reviews about other cars from Cadillac got the same catch in those. The transmission in Cadillacs lag the acceleration and effects the trap speed. This is what makes the driving a bit monotonous when you are driving in the city. While rest you won’t find anything to complain.

By next year it is expected that Cadillac would launch a new engine variant for CT6. Probably it would be 4.2 L V8 engine with tons of powers and many horses. Besides the regular gasoline packages, there is a PHEV car available in the series as well. The Cadillac CT6 PHEV, which is assembled in China. It has the same 2.0 L engine with 4 – cylinder turbo, but the performance of PHEV is way faster. This extraordinarily powerful and luxurious car reaches 62 mph within 5.6 seconds. It is the best figure from any CT6 yet. General Motors convey that Cadillac CT6 PHEV can travel almost 37 miles over the battery of 18.4 kWh lithium – ion.

When it comes to the exterior, it seems like CT6 would be heavier than its siblings. It is because of its extraordinary length and width. But the Cadillac CT6 has been designed using the Omega Platform technology. It is heavily dependent on aluminum and steel which reduces the weight of the car. Precisely it is lighter than its siblings and rest of the cars in this class.

The design articulates the royal customary. Cadillac CT6 has been launched under the hood of Cadillac’s Presidential Stage. In respect to the forum, the CT6 has been provided with tremendous cuts and designs. From front to back, the whole CT6 bears the emblem of tranquility. You’d rather love the bold shape long CT6 running on the road.

So are the colors of Cadillac CT6; enchanting, beautiful and fascinating.

Cadillac CT6 has some classic music environment. Certainly Cadillac has redefined the luxury and comfort, but along with that, the entertainment has also been refined. The Cadillac CT6 has 34 speaker sound system, which amplifies the music to a romantic level. Well, you can find a dual pane sunroof, which is particularly very huge. It is not just over the heads of the front row passengers, but the rear row passengers can use them equally.

The interior quality is tremendous and much of the scape is generally royal. Even the auto dimming driver’s mirror (rear – view mirror) is pretty large. It does seem majestic, but Cadillac installed it for a better view of the rear.

Cadillac has refined the customs of luxury. CT6 has Wi – Fi with 4G LTE strength, hotspot support and a 10.2” touchscreen Second Generation CUE system with Android Auto and Apple CarPlay. Chassis tuning modes are available in CT6. This enables the driver to tune the car as per the driving conditions. The Sports Mode is CT 6 means to drive the car with all the power it has. While it maneuvers the steering settings with the use of Active Steer Adjusters.

The adaptive cruise control is generally the inclusion in every luxury sedan of today. It is indeed a great help in reducing the RTAs. Our Cadillac CT6 is also equipped with an adaptive cruise control. Among the top safety features, you would find the GM Super Cruise Autonomous Driving. This Autonomous mode has been designed for lane – following, AI braking and speed controlling.

Rest of the packages, which include the air bags and further definitions of safety, are all included in the Cadillac CT6.

The luxury class of cars get less of the competition. But our Cadillac CT6 gets a lot of competitors. Among them BMW 7 Series is notable. Over a number of prospects, CT6 is smarter than the BMW 7 Series, but the price tags create the difference. BMW 7 Series is priced way less than Cadillac CT6.

Cadillac CT6 is a complete luxury package. If you are looking to upgrade your style and culture, then Cadillac CT6 would be a good choice.