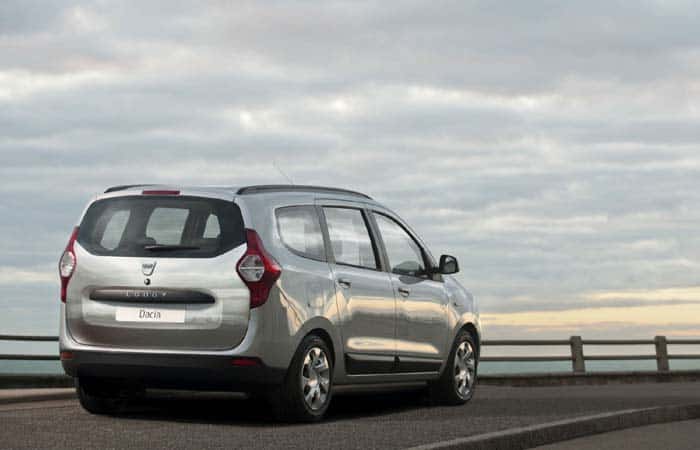 How would it sound to have a family MPV that appeared in the Andros Trophy? The kids would really be excited to know that their parents brought in a sports MPV. Well, this can happen to you when you would buy a Dacia Lodgy worth $12,750.

It is a combination of a decent powertrain, appealing design, and comfortable interior. This is something that you cannot get at such a low price. But Dacia made it possible. Well, during the 2012 Geneva Motor Show, the Lodgy was introduced for the first time. The Lodgy appeared pretty simple and modest. There was nothing like a sports car in it. And neither did it display anything such superficial. But after we drove it, we realized that Dacia has really blessed this car with the superb mechanism.

The Lodgy is marketed in the European and some Asian markets. Commonly it is comes badged under Dacia. But some markets get it as the Renault Lodgy. Well, the Lodgy has made a decent space for itself in almost every other market. And none of the logs narrated it as a below-average car. Though there is too much we can expect from this car. But all that is offered is far more than its base price.

The model line is based on the exterior cosmetics, interior design, and the mechanism. The trim levels are divided as per the requirement. Some markets have 2 models for Lodgy to be offered. While some get 4. Well, the one we tested was trim level with all the options and a power mechanism.

Let’s go ahead and explore the Dacia Lodgy!

The Dacia Lodgy gets a couple of options for the gasoline. The base version usually gets the 1.6 L 4-cylinder naturally aspirated 8-valve engine. This is an errand runner with much to offer in fuel saving capacity and cuts the maintenance cost down. Further, it gets 85 hp of power at 99 lb-ft of torque.

The performance lovers would prefer the Lodgy’s 1.2 L turbocharged 4-cylinder engine with 16-valves. This is the true performance machine with much to offer on handling traits as well. This powertrain gets 115 hp of power at 140 lb-ft of torque. And this is the fastest Logdy of all. In our test, it was capable enough to lap 0-62 mph within 10.5 seconds. While the track best was recorded at 110 mph. The similar mechanism, besides the powertrain, has been utilized in the sports Lodgy.

The diesel version Lodgy gets the 1.5 L 4-cylinder turbocharged engine. This powertrain is available with two power rating. The base version comes with 90 horses pounding 150 lb-ft of torque. While the tuned version has 20 more horses with 180 lb-ft of torque. Along with the performance, these powertrains offer much to save fuel. The standard rating is around 45 mpg as combined fuel mileage.

The exterior designing is pretty basic on this car. It gets an old-school frontal design engraved with a large grille and halogen lamps. With that, it gets the steel wheels and black fiber bumpers. While the upper trim levels are blessed with chrome bumpers, alloy wheels, and roof rails. Further, they even get the fog lights and chrome side mirrors.

Besides, it gets 9 different body color options. The amenities are fine, but the upper trim levels come with everything available. The expansion cabinet stays empty if you go for the higher models. And you are just left with the aftermarket stuff.

The Dacia Lodgy features basic interior ingredient, such as the cloth seats and black fiber accent. But this car is pretty generous about the spacing. This is three-row seven seater car with sufficient space for 6. While some families narrated that they could be-seat 7 guys including the driver.

Ahead of that, the Lodgy is not shy of the cargo spacing. The boot offers a decent space for the luggage. While upon folding the rear seats you get good enough space to get in your sports stuff, groceries and some other material.

The Lodgy features a 7-inch touchscreen infotainment system. This is certainly the first time that Dacia has featured such a handy tech pack for their car. Otherwise, the Dacia owners would certainly be using their smartphones for the navigation and other stuff.

The Dacia has introduced some fresh features in Lodgy. The parking assistant and the speed limiter are the new inclusions. These were previously not available in any Dacia vehicle. The new features are highly appreciated by the Dacia lovers. Especially the families that prefer Dacia based on its low price tag.

The Opel Zafira and the Dacia Lodgy are some nice options available for big families. They both offer plenty of seating space and a clean boot for the cargo. While they both are ideal competitors for each other in the market.

The Lodgy offers plenty of cool features for the family riders. Especially the interior designing and the safety specs are optimum to offer relatively a smooth ride.