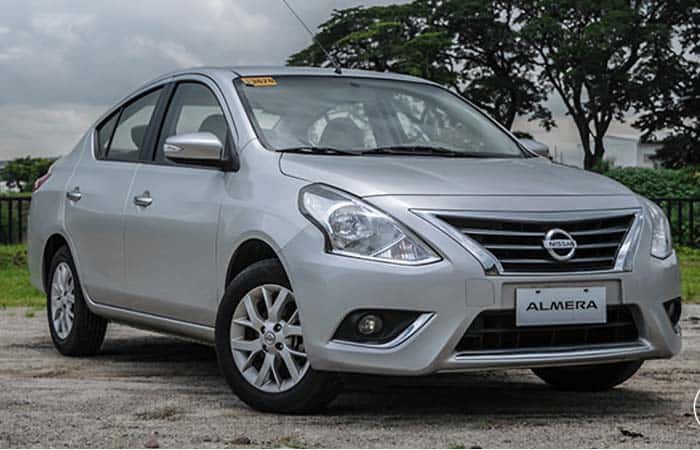 Dating back to the Nissan’s market beat in Asian, we come across some mild range city vehicles. The Asian markets are less interested in the hyper-cars or the luxury aroma. Even the small hatchbacks are not even a major consideration for these guys. What they really like are the sedans that consume less fuel. The economy as well as a decoration!

Well, during that time, Nissan introduced the Almera. That was launched for the European market, but in no time it became the member of the Asian markets. While in Europe it has now become a part of history.

That was 1995 when the Almera was introduced for the first time. It came out as a sedan and hatchback. The vehicle was fine, but it never became a favorite pick in the market. By 2000, the second generation was introduced for this car. And that even had the same fate. Finally, Nissan discontinued it from Europe, but it introduced into the Far East Asian, Russian and South African markets.

Well, the Almera is available in three to four trim levels. And all of them are based on the powertrain and transmission system. The cheapest of all is around $13,500. While the finest trim level begins from $18,800.

The Almera provides enough base to save on fuel and maintenance. The drivetrains have been designed to cut down the running cost for this car. Well, the Almera features three different drivetrains while each one of them is offered in different territories.

The first one comes in with the 1.2 L 4-cylinder engine offering 79 hp of power at 78 lb-ft of torque. This is purely an economical drivetrain which even features cylinder deactivation or the idling stop. Further, the drivetrain is mated with the continuous variable transmission that rejects more fuel consumption. Well, this drivetrain is offered in Thailand and its neighboring markets.

Rest of the Asian market gets the 1.5 L 4-cylinder gasoline engine. It offers 100 hp of power at 99 lb-ft of torque. Yet this is another fuel-saving tech, but it even offers some more performing skills. Though not enough to call it a sporty sedan. But they are fine to run this car making some decent entry track record. Well, this drivetrain comes mates with the 5-speed manual transmission. And gets the 4-speed automatic as optional. But we prefer the manual tech because of its agile vectoring ratio.

The Russian models are available with the 1.6 L 4-cylinder engine producing 102 hp of power. This is the finest performance machine available in the whole Almera series. Even it offers a decent tech for cutting cost. But still, it does not have the true performance soul.

The Nissan Almera resembles the Latio. At times it does not really look different than its sister. Thanks to Nissan for adding the Almera badge on this car. Well, the exterior designing is pretty simple. The cosmetics include the halogen headlamps, steel wheels, a static frontal design, and an outdated rear designing. While the top-notch gets the LED fog lights, 15-inch alloy wheels and a flat tail like a spoiler. Further, they even include body-colored electric side mirrors and chrome grille.

Inside Almera, you will an old soul bragging for freedom. The interior appointment is acceptable but it is pretty much outdated. A car with such styling seems quite odd in the present age. Well, the Almera gets cloth seats as standard with a urethane steering wheel. Further, it gets the black fiber accent and trims.

The Almera features the old school technology. Instead of an infotainment system, it gets the Kenwood’s 2Din stereo that can play music and run radio. Further, it gets the USB ports and 4 speakers which is indeed a superb inclusion for this car.

The Nissan Almera gets all the essentials that it needs to be a city car. Frontal airbags, adjustable seatbelts, LATCHES and child protector safety lock are included in the safety schedule. Further, the Almera features the antilock braking system, electronic brake force distribution and reverse sensors.

If you ask about blind spot monitoring or the adaptive cruise controls, then Nissan reps would have to think twice before answering you. Well, such savvy stuff is not available for Almera.

The Almera finds Vios standing in competition in a lot of Asian markets. The Toyota Vios sits atop the Almera, based on its fame, performance, and styling. Even the interior ingredient of Vios is superior to Almera.

The Nissan Almera is an option for the families looking for a sedan with a hatchback mechanism. It offers fuel-saving specs and low maintenance expenses, making it a better option for the economy.