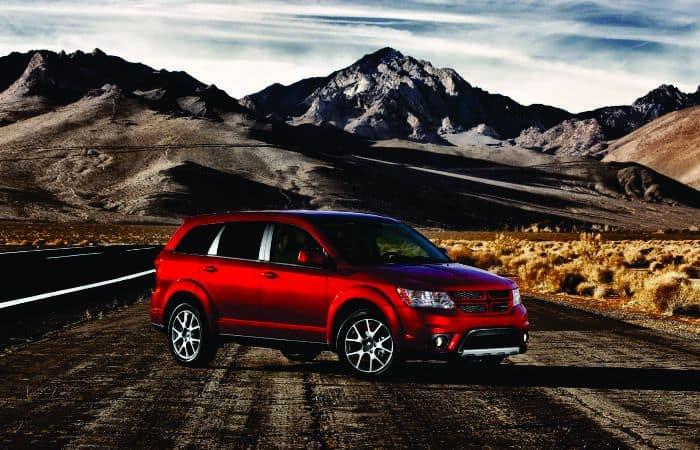 The commercial setup requires a distinct category of infrastructure. And so does it requires the specialized vehicles to support the commerce. The automobile industry has contributed well to the development of commerce. Especially the 21st-century developments have led to the growth of some industries.

Alongside commerce, some specialized commercial vehicles are even used by families. Certainly, the bigger families. Like the minivans and mini-trucks. And so are they put in agriculture.

Well, Dodge has contributed a lot to the development of the North American market. One good example is the Grand Caravan or simply the Caravan. Actually, Fiat Chrysler builds this van. But it markets it as the Dodge Grand Caravan.

Well, there are 9 trim levels of the Grand Caravan. And the SE is the base trim level of this series. The starting price of Grand Caravan is $25,995 only. While the GT trim is priced as low as $33,395.

The fifth generation Grand Caravan had a variety of powertrains. But later, some of them were reduced. As they were either obsolete or not famous enough to ride.

The North American market gets the 3.6 L V6 Pentastar engine. This machine is capable of making 283 hp of power @ 260 lb – ft of torque. 6 – speed automatic is the only available transmission.

The Dodge Grand Caravan is meant for the North American market only. But the rebadged variants of this van carry the 2.8 L inline-4 diesel engine. It is an improved version of the previously enrolled RA-248 engine.

The diesel machine has 161 hp of power. Further, it offers 266 lb – ft of torque. Fiat has contributed to reducing the CO2 emission of Grand Caravan (diesel). The present day A-428 diesel engine is 30% cleaner than the RA-428 engine.

Well, the diesel variants even get the 6 – speed automatic transmission. We do not really have any complaint with this gearbox. As it empowers Grand Caravan with the most suitable powering ratios.

The steering capabilities of Grand Caravan are wow. Usually, you do not get such an agile handling ability in vans. But Fiat has blessed Dodge Grand Caravan with immense reflexes. Whether you are on the highway or in the city, you get the best turning ratios. Indeed, it is a fun to steer Grand Caravan.

The base trim “SE” gets the steel rims. Further, the wheels are covered with the outdated wheel covers. The upscale trims get the 17-inch allow wheels. The GT model has the polished aluminum rims. Well, the upper scale trims even feature the window tinting. It is a dull black window tint that is offered with the matching colors.

The SXT trim offers the roof racking system. If you are looking to carry a load on the roof, then SXT could be a handy vehicle. Projector headlamps are standard in all the trim levels. While the fog lights are only available on the SXT and GT trim.

You would not get much attraction at the rear. It is a simple van shape with a rear door. Well, this all common folks. You cannot make a van look like a Bugatti Chiron.

The Dodge Grand Caravan is a moderate level family van. Fiat has not invested much on any column of this car. Whether it is the performance, exterior or the interior, all have a mediocre touch.

The Grand Caravan is spacious inside. But it does not offer much of the luxury and comfort. It is certainly a low priced family rider. The rear seats fold down and offer enough space to carry luggage for a journey. Even the third row has the cup holder and the bookkeeper.

The base trim of Dodge Grand Caravan gets no special features besides the audio system. While the upper trims get the UConnect® Multimedia system. The system features a 6.5-inch touchscreen infotainment system.

The system further features Garmin, Navigation and SiriusXM Satellite Radio. Further, voice recognized commands and USB ports are even standards in the Grand Caravan upper trims. The driver’s information system is pretty simple. Though Dodge calls it intuitive; it is practically modest. But the display features temperature, compass and audio information customization.

Safety and security are quite important for the family rides. Well, Dodge Grand Caravan is certainly a safe ride to drive. The safety authorities rate the safety of this van as 5-star. The passive safety features of Grand Caravan are rated as good besides the rollover and small overlap frontal offset.

The upper trim levels feature the Rearview camera that assists the parking. Further, they have Tire Pressure Monitoring (TPM). The TPM is displayed in the driver’s cluster display. Moreover, the keyless entry helps you secure your Grand Caravan.

The Kia Sedona and the Nissan Quest are the closest competitors for the Dodge Grand Caravan. Well, the Grand Caravan offers more comfort than the Quest. But when it is about Sedona, there Grand Caravan needs a lot of improvement.