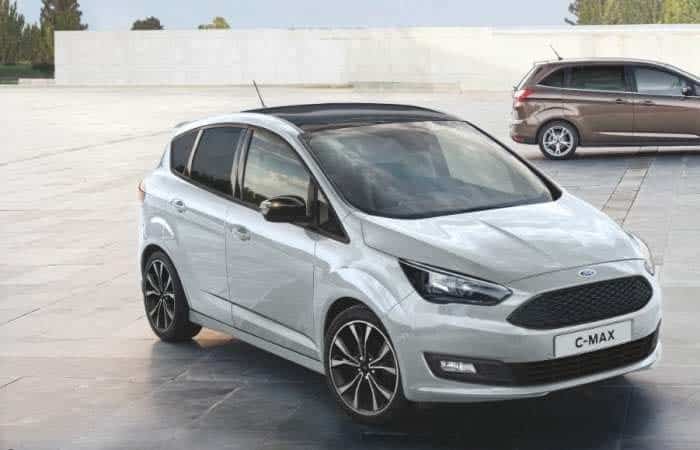 Among its famous city cars, you would surely come around the C-Max. Once it was just a European spec city car. But after 2010, this car reached out to some developed markets as well, including North America.

That was 2003 when the C-Max was introduced for the first time. A decent drivetrain variation, simple design and some basic interior were the major contents of this car. And it was launched into the market by the end of 2003 as the model for the year 2004.

Since then it went on and on and recorded some good sales for the Ford. While in 2009 Ford realized that they can market this car in away from Europe as well. They brought the second generation version to the Geneva Motor Show and revealed that they are going to expand the market for this car.

By the end of 2010, the second generation was launched into the market for 2011. While in 2011, Ford displayed the C-Max at the North American International Auto Show. But that was a hybrid version only.

Well, the present model line normally consists of two models with the standard drivetrain. The SE is the base version available for $28,244. And the finest trim line is available for $31,640. While the American hybrid line began from $24,120. While the standard variants are pulled back to Europe, with sales to other market halted. And the hybrid spec variants have been discontinued.

See Also: Most Economical and Fuel Efficient Car in the World

The drivetrain collection is similar to a number of other hatchbacks. Even Ford has launched a couple of other vehicles meeting similar specs. In the view of such perspective, the company has decided to cut down the production by the end of 2019.

Well, the base ingredients might differ in every market. But the smallest caliber available in the series gets a 1.0 L 3-cylinder EcoBoost engine producing 100 hp of power. An upgraded version is available with 125 horses. While both of these machines come mated with a 5-speed manual transmission. Further, a 1.6 L engine is also available, offered in limited markets. It comes with 150 hp of power at 177 lb-ft of torque. Ahead of that, a highly tuned variant is also available making 32 more horses at the same torque ratio. And both of these engines come mated with a 6-speed manual transmission.

The Duratec engines are capable of offering both the economy as well as performance. The ingredient consists of a 1.6 L 4-cylinder engine in three different power levels. Here the first one comes with 85 horses and 80 lb-ft of torque, the second with 20 more horses. And the finest with 125 more horses at 117 lb-ft of torque. While these all come with a 5-speed manual transmission.

Ahead of that, the Duratorq diesel powertrain offers the needed economy. Further, the 1.6 L engine sits at the base making 95 hp of power. While a tuned variant comes with 115 hp with a 6-speed manual transmission. Additionally, a 2.0 L engine is also available in the series with 115, 140 and 163 hp of power. And they all come mated with a 6-speed dual-clutch automatic transmission.

The C-Max is available in two lengths. The standard models are 172.4-inches long. While the Grand C-Max models are almost 6-inches more in length. And they even feature a sliding rear door. Further, the cosmetics include the halogen headlamps, alloy wheels, and a tiny spoiler. While the fog lights, rails, and the bigger wheels are optionally available. The exterior designing resembles the Fiesta and the S-Max. But the C-Max is smaller than the S-Max but bigger than the Fiesta.

See Also: What is a Hybrid Car, How It Works And The History

The interior appointment is fine for an everyday ride with needed convenient spots and comfortable seats. While the base ingredients include the cloth seats and the fiber trim. And the leather seats are available with the top trim levels. Further, the C-Max offers seating space for 5 including a driver. While the Grand C-Max models offer sufficient space for carrying a huge amount of cargo.

The interior setting certainly makes it easier to drive the C-Max. And the sufficient amount of comfort even offers the ability to ride it on the long routes and highways.

The Sync3 touchscreen infotainment system is available for the C-Max. It is a pretty intuitive infotainment system, but it is installed deep inside the center console, making it difficult to see at times. Well, depends on the habit! This system features voice recognition, multimedia player, Apple CarPlay, Android Auto and a few more handy options. Further, the navigation is optionally available.

The C-Max features plenty of handy safety features. All of them ensure a smooth and safe ride. Further, some notable inclusions are the low-speed collision mitigation system, electronic stability, and traction control and intelligent protection system. Ahead of that, the C-Max also features the antilock braking system, seat belt reminder, parking assistant, tire pressure monitoring system and child protection.

The Volkswagen Touran takes some credit to make Ford plan about discontinuing the C-Max. The Touran has a splendid performance, a smooth drive, and a comfortable interior. It is a complete family package with loads of economy. While C-Max is evenly the same but not as smart as Touran.

Well, Ford has already discontinued the Hybrids in 2017. While it is expected that they would even put a stop to the C-Max. But yet it is unconfirmed that what would replace this car.