Cherokee is one of the notable native tribes of the America. They are famously known as the Mountain People. One of the famous Cherokee quotes includes, “There is a battle of two wolves inside us all… One is evil. It is anger, jealousy, greed, resentment, lies, inferiority, and ego… The other is good. It is joy, peace, love, hope, humility, kindness, empathy and truth… The wolf that wins is the one you feed.”

Jeep named its longest running production line after this famous tribe. The Jeep Cherokee was launched in 1974 for the first time. Throughout its tenure, Cherokee has been the most successful vehicle for Jeep. The franchise successes a number other series from Jeep, such as Jeep Wagoneer.

Jeep Cherokee is in its fifth generation. The production started in 2013. Presently it has the starting price of $23,595 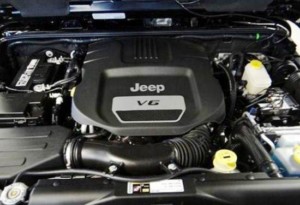 Under the hood of Jeep Cherokee, there is some beautiful detail in mechanics. The base model “Cherokee Sports” gets the 2.4 L inline – 4 cylinders, MultiAir® engine. The same goes for all the models in the franchise. 2.4 L Inline – 4 PZEC M – Air engine and a 3.2 L V6 baby are optional for all the model. Front – wheel – drive is the standard configuration for Cherokee.

A 4 × 4 drivetrain is optional for $2000. 2.4 L engine remains standard in all the models except Overland. The Cherokee Overland has the 3.2 L V6 engine standard with four – wheels – drive configuration. With this configuration, Cherokee beats almost all the heads. Just step the throttle, and there you go, making 62 mph in 7.5 seconds. On top of that, it doesn’t just end there. It takes you to the 100 mph within no more than 15.2 seconds.

As compared to the previous generations, the present day Cherokee saves about 40 – 50% of fuel. The standard trim gives an EPA of 27 mpg. Even if it’s compared to its competitors, Cherokee has a competitive fuel economy.

Outside of North America, Cherokee is even sold with different engines. In Europe, Cherokee gets the 2.0 and 2.2 L diesel engines. And the Tigershark in-line – 4, 2.0 L engine is offered in China. 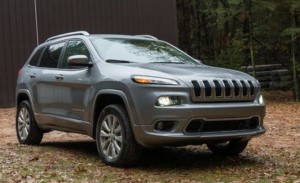 In 2016 Fiat Chrysler Automobiles discontinued Dodge Dart and Chrysler 200 to meet the demand of Cherokee. Although all these cars are designed using the same platform, power, and drivetrain, but Cherokee leads the sales among them. This is because of the exterior design of Jeep Cherokee. However, it just has conventional SUV exterior designing.

Its front grille, entry doors styling, headlamp style and the taillight styling bear an attractive look. This attraction made Fiat invest more in Cherokee. Well, Cherokee is almost 500 pounds heavier than its competitors. 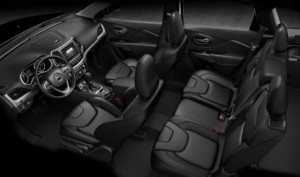 From the inside, Jeep is quite luxurious. Certainly, it is full of leather. Premium leather-trimmed bucket seats are available in the Cherokee Overland. Besides, there is a bunch of electronic equipment available in the car. Much of it contributes to the comfort of the driver and passengers.

The comfort level is affected by the space in the car. Jeep Cherokee has been impressing drivers and passengers since long. Both the rows in the car are enough spacious to provide a sit in for 5 passengers, including the driver. Well when we move to the back, considerably, there isn’t much space available. But it would do if there is a superb adventure packed under the hood.

Cherokee has too much to offer in its features segment. Firstly it has 5-inch touchscreen infotainment system in the base models. The upper trim gets the 8.4-inch touchscreen infotainment system. Uconnect® Navigation is standard for the Overland and is available for Trailhawk®, Limited and High Altitude. A standard navigation plan is even available for the lower trims of Cherokee. Alongside Uconnect®, SiriusXM driving accessibilities are even available for the Cherokee. 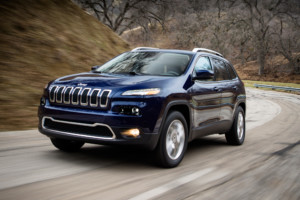 SUVs are generally packed with safety modules. Some additional safety is required while driving SUVs. Jeep has evenly added sufficient safety and security equipment in Cherokee. The Jeep Cherokee has ample passive security modules. Under the active safety, Cherokee has Tire pressure monitoring display, All-Speed Traction Control and Electronic Stability Control and some other. Along with these, Cherokee has Enhanced Accident Response Time as standard. If the car is in the state of collision, the EACT cuts the fuel supply to the engine which helps in avoiding the fire. It even unlocks the doors for a quick exit of the passengers and drivers. 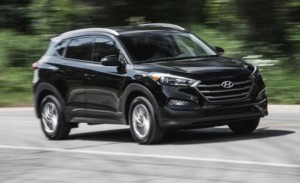 It’s pretty tough to find a competition for such a versatile vehicle. But still we came across one; the Hyundai Tucson. It bears a similar price tag and almost same performance schedule. But the available optional features for Tucson are more than Cherokee.

Still, Cherokee leads this race. If you are an adventure enthusiast and want power along with beauty, then Cherokee could do the best for you.