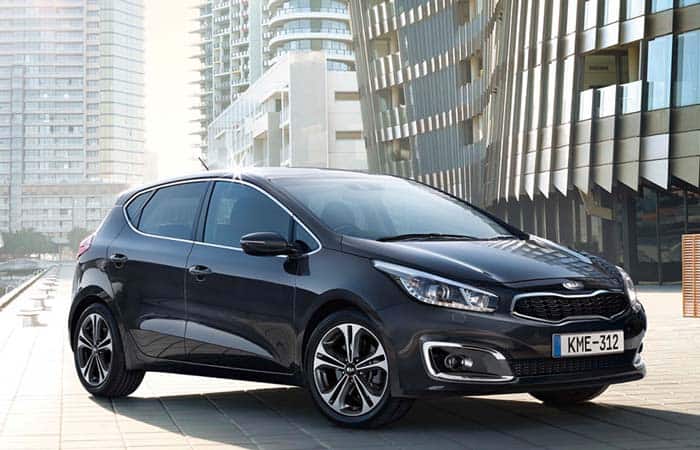 Well, Kia eyed the European market for Cee’d. But for the North American market, they relied on Forte. The first generation went on, and it generated some decent market response in Europe. That was good enough for Kia to continue this vehicle.

In 2012, Kia revealed the second generation Cee’d during the Geneva Motor Show. It resembled the first generation, but its improvements really earned it a nice profile in the market. In 2015 it received some major improvements as the competition was bruising high.

Finally, in 2018 the third generation Cee’d have been introduced. And it is commercially launched in 2019. Although, the production began in the summer of 2018. But the marketing plan is set for 2019.

The new Cee’d is not much new in terms of its mechanism. Though the drivetrains are different, they are merely refreshed only. The present option is available with a couple of turbocharged gasoline powertrains and a single naturally aspirated diesel version. While the performance has improved a bit.

Well, the 1.0 L 4-cylinder turbocharged gasoline engine serves as the base level ingredient. It comes with 118 hp of power with 127 lb-ft of torque. That is indeed fine for a base level four-cylinder engine. Further, the powertrain comes mated with the 6-speed manual stick only. Well, you can count on some performance from this car that you might certainly not get from the other options available in the market.

The 1.4 L turbocharged four-pack engine comes next with 138 hp of power and 178 lb-ft of torque. This is the true performer in the Cee’d series. It makes 0-62 mph launch within 8.7 good seconds. While its track best is 102 mph. Indeed this is a spectacular option for the performance enthusiast. And it comes mated with the 6-speed manual as standard. While the 7-speed dual clutch automatic transmission stays optional. Well, the manual version boosts faster than the DCT version.

The only diesel variant is available with the 1.6 L 4-inline naturally aspirated engine. This machine is capable of traveling at 114 hp of power at 207 lb-ft of torque. Certainly, that is a fine option for all those counting on the diesel variants. It has fine performance and a decent combined mileage of 36 mpg.

The whole new Kia Cee’d is not too much new. The designing appears to be the same as what it was before. But just a few features have been refreshed. Well, the cosmetics include projector headlight for the base models, while the top trim is available with the LED headlamps, LED fog lights and the DRL are standard. The taillight design has slightly been changed. While it still comes with the LED, and brake light in the spoiler. Further, the 16-inch allow wheels are standard for the entry-level model. While the rest of the models get the 17-inch wheels.

The Cee’d is available as a 5-door hatchback and station wagon. While the 3-door edition has been eliminated for the present generation.

The interior is even refreshed instead of getting some new appointments. Cloth seats are still there, and the leather seats are only available in the top model. Further, the cloth trim and the leather accents are even the same. And even the seats are not much different. Instead, just a few knocks in the car have been improved. While the rest of the all has been carried down from the second generation.

Well, the hatchbacks offer fine space for seating and can even carry a decent amount of cargo. While the station wagons are quite spacious and can carry a good notch of a quarter year grocery.

The 7-inch touchscreen infotainment system is available in the base edition Cee’d. Well, it is just a multimedia player with music and radio option. For the navigation and some other benefits, you would have to go for the next inline models. Well, it is because they get the 8-inch screen with the active navigation. Further, the Apple CarPlay and the Android Auto is available on all the models.

The entertainment column is filled with the 6-speaker audio system. While the premium JBL audio system with 8-speakers is available only in First Edition.

The safety column is filled with plenty of features. Well, the passive features include airbags, adjustable headrest and seatbelts, ISOFIX and the seatbelt reminder. While the active safety features include the antilock braking system with the electronic brake force distribution system. Ahead of that the driving dynamic aids get the impact sensing door to unlock system, blind spot monitoring, rear parking sensors, lane keeping assist, driver attention warning and a few more.

See Also: What is a Tune Up? The Most Important Thing You Should Know

The Golf is an active competitor of every sporty hatchback available in North America and Europe. It has plenty of drivetrain options, tech-savvy interior appointment, and a decent design. And nevertheless, it has a fine competition going on against the Cee’d.

Well, the Kia Cee’d is a decent option for the family riders. And its available features are pretty fine for an awesome ride.