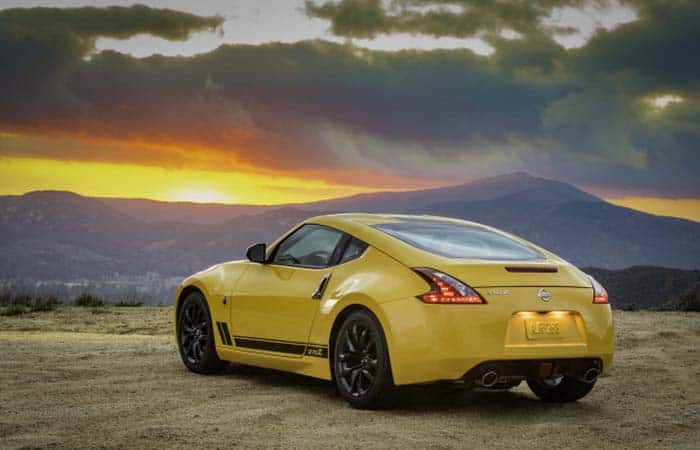 Once the Fairlady became the Zombie forever. Well, Nissan does not call it a zombie at all. Instead, it prefers calling it the Z-Car that has served under six generation. While one of the present models we know is the 370Z.

Nissan planned to continue this series under the Fairlady-Z banner. But it got limited to the Japanese market. While the rest of the world knows it as the Nissan Z. Well, the Fairlady or the Z was never a model owned by Nissan. It was actually Datsun that marketed this car for years. And Nissan grew stronger, they acquired the Datsun as well as the Fairlady. Well, this was when the Fairlady had to enter its third generation. The Nissan launched it under its nameplate and it became the very first Fairlady for Nissan.

By 1999 the Fairlady had almost disappeared from the international market. And it began to gain fame as the Z-Car.  While this all started happening since Renault acquired 44% shares of Nissan. Subsequently the fifth and the sixth generations have been launched under the supervision of Renault. While it has not been rebadged as a Renault Z. Instead, the Nissan title is still persistent in the car.

Well, the latest edition has been introduced back in 2008 as a model for the year 2009. And after its release into the market, it received its first facelift in 2012 for the year 2013. While since then the sixth generation Nissan Z is continuing with the same figure. Well, this present generation is divided into numerous subtypes ranging from the standard Z models to the NISMO performance package. And the lowest priced accounted for this car is for $29,990. 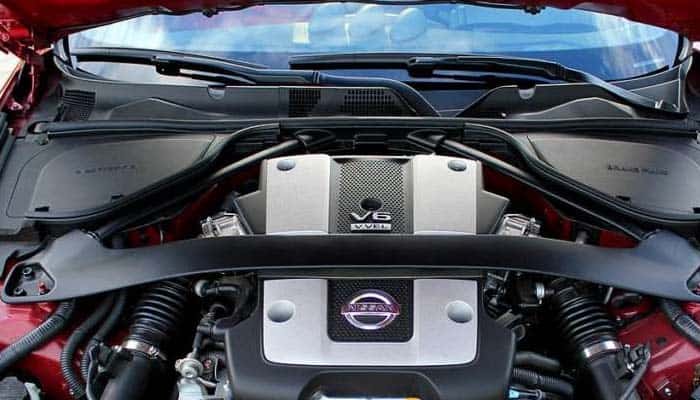 The present Nissan Z is powered by a 3.7 L naturally aspirated V6 engine. It is the Nissan’s VQ engine which is notably used under some Renault and Nissan sports cars. Well, the base output of the unit is 324 hp of power with 268 lb-ft of torque.

All the available variants use the same engine but have different power tuning. The North American models make 332 hp of power at 269 lb-ft of torque.  While the European version only gets 2 more horses added to the base configuration. The British models are the same as the standard entry-level versions. While the Black Edition even does not have anything different.

Well, the only different specs could be attained with the NISMO performance pack that takes the power to 350 hp at 276 lb-ft of torque. And it is the most powerful configuration available in the whole Z-series.

Ahead of that, the 7-speed automatic transmission with manual shift mode comes standard on all the models. While the 6-speed manual transmission remains optional. Further, the max performance details could be achieved with the NISMO package on. Without that the Z is just another V6 car with outdated performance.

While the handling specs are fine. But on comparing it with the competition, they do seem to be old school. Even the NISMO’s handling specs even appear to be dated.

The Nissan has adopted the curvy body style for Z. Since 1999 this design has been utilized with standard improvements based on the market impact. Further, the present day Z gets 18 and 19-inch alloy wheels, bi-xenon headlamps, LED fog lights, LED DRL, the age-old Z fender and the body color rear spoiler. Well, the designing is pretty much similar to the GT-R that takes a higher rank in the Nissan’s sports car fleet. While the Z serves as the entry-level sports car upgradeable with the NISMO sports package which adds additional aerodynamics to the car.

Inside the Nissan Z, you will find all the primitive details you could expect in a dating sports car. The interior appointment is quite obsolete with less embankment to the present age sports cars. Further, the basic interior ingredients include the cloth and leather seats, suede door panels, leather-wrapped steering wheel, and gear knobs and aluminum pedals. While the Z could only offer space for 2. Ahead of that, there are some convenient spots available in this car. But they are just enough to put the smartphone in or carry a glass of drink.

All the models come with the 7-inch touchscreen infotainment system, besides the base trim levels. Well, this system features the voice commands, navigation, telephony, smartphone connectivity, and a 3-month SiriusXM subscription. The additional features include the automatic climate control, Bluetooth streaming, cluster gauge, and the push-button start.

The Nissan has added all the essential safety specs to this car. Like it gets the airbags, stretchable seatbelts, and the top tether anchors. Further, the Z includes stability and traction control system and the tire pressure monitoring system. Indeed this is all you could get from the Nissan Z. While all the rest of the safe driving depends on you.

The Audi TT is well-equipped to take on the Nissan Z. It is stylish, offers a comfortable interior setup and provides a variety of powering options. While the Z could hardly get any chance to beat the TT. Well, TT is even a market breaker for the Z.

The Nissan Z is only the choice of the Fairlady lovers or the Nissan lovers. It has less attraction and weaker skills as compared to its competitors. And even the price tag is just enough to qualify it for the V6 drivetrain. Else it has nothing much to offer.