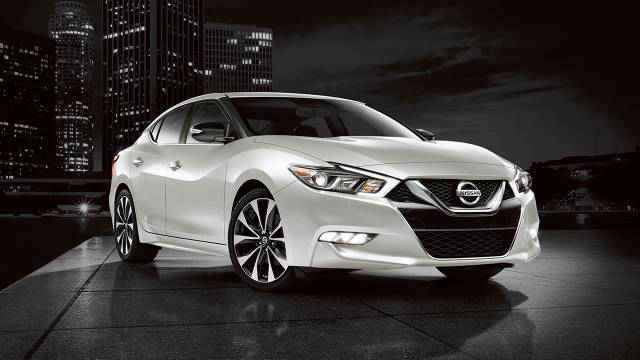 Elegance has nothing to do with the culture. It’s in the taste buds of every human. All that is required is the amount of elegance possessed by every person. In the same way, cars even depict certain levels of elegance. Same has been depicted by Nissan in its Maxima.

Until 2003 Nissan has been producing Maxima in its original location, Japan. Soon after planting a plant in Tennessee, United States, the production of Maxima started there. The car is also known as Nissan Cefiro and Teana. These names are used in those markets where Maxima was not released before 2000.

The model line of Nissan Maxima has six models, namely S, SV, SL, SR, SR Midnight Edition, and Platinum. The base price of the car is $32,610.

Under the hood of Nissan Maxima, we meet a powerful drivetrain. The only configuration available for Maxima is the front – wheels – drive. The base model begins with the 2.5 L inline – 4 cylinder engine. This machine has 175 hp of power and 180 lb – ft of torque. This is actually the fuel efficient version of this car. You can expect an urban mileage from Maxima in this mode. Our tested mileage lied amid 30 – 32 mpg.

Nissan offer a 3.5 L V6 engine for the North American and some other markets. With 175 hp of power and 261 lb – ft of torque, the V6 Maxima is able to reach the 0 – 62 mph mark within 5.9 seconds. This is actually a revamped version of the V6 engine. The previous V6 available for Maxima was 10 hp shorter. This gives an EPA of 26 mpg combined. This is certainly a decent mileage offered by a V6 engine. This happens because of the application of the CVT gearbox, which compresses the ratio to deliver an increased average. If there had been a manual gearbox available for Maxima, it would have had weaker stats on EPA chart.

The manual and automatic gearboxes lag while shifting. But the CVT is smooth.

According to Nissan, the V6 Maxima shares some performance detail with the Nissan GT-R. The engine layout is mainly based on GT-R. For the adaptable sports – like performance, Nissan has added a Sport Tuned suspension in SR and SR Midnight Edition models.

Our tests didn’t reveal anything that would say that Maxima is a sports car. It’s a decent performance family car with a good handling and road grip.

The previous generations of Nissan Maxima had elegant body styles. It was launched as a mid – sized sedan. But it was a bit wider than the entry level sedan. But the later generations are the full sized sedans.

The Maxima SR Midnight Edition is totally distinguished on the basis of its looks and feel. It has black colored spoiler, bumpers and side mirrors.

The Maxima features the Floating Roof in its body styling. In terms of design and fashion, it does apprehend with sport tuned styling, but this all actually incorporates a massive integration of aerodynamics.

Maxima looks rich in material. It hosts a number of luxury ingredients such as the leather seats, ambient interior lights, and aluminum pedals. Driver’s seat is pretty comfortable to sit on. And even the first-row passenger seat is quite comfortable. When we move to the back, we can space in 3 adult passengers, quite comfortably.

There are a number of optional interior features available for Nissan Maxima. But all of them classify it as a family sedan rather than a sports sedan.

The Nissan Maxima has the 8-inch touchscreen infotainment system. NissanConnect, Navigation, and Apple CarPlay® are available over the infotainment system. The driver’s display has a 7” TFT screen with almost every necessary indication. The higher trims of the car feature ANC and ASE. These are the noise cancellation and sound enhancement features. These features prevent unnecessary sounds of the engine from entering into the cabin. But they bring in the necessary signals from the engine. These signals are indeed essential during driving.

Nissan Maxima has earned numerous awards and recognitions. Among those awards, it has also earned the Top Safety Pick Plus award from IIHS. Overall Maxima is a safe car for families.

Maxima features a number of active safety and driver’s assistive features. These features have enhanced the safety ranking of the car. Maxima features the Intelligent and Adaptive Cruise Control system which accelerates and stops the car according to the environment. The cruise control is further enhanced by the application of Automated Emergency Braking system.

The Japanese Maxima gets a competition from the Korean Kia Cadenza. Due to a hefty difference between the performance of both the cars, Maxima ranks higher than Cadenza. However, the performance schedule of Cadenza is more than Maxima, Still, it lacks some performance.

Indeed, we would prefer Maxima to those families who are intending to jump into a power machine with enough space to sit. Certainly, It is a family car full of performance.

You may also want to check out our 2018 review for the Nissan Altima and Nissan Micra.