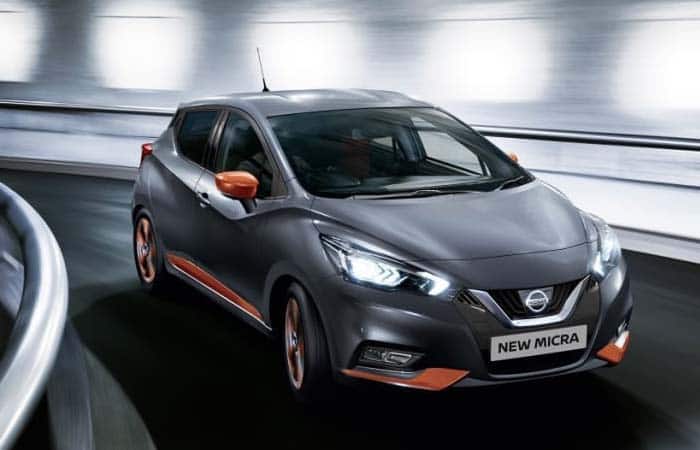 The automakers commonly address the general consumer rides. And every day there is an improvement found in these cars. Sometimes there is a new tech that helps in cutting down the fuel costs. While at times we come across some unique designing.

Such good attention is also paid by the world’s renowned automaker, the Nissan. The Nissan introduced Micra as an errand runner in 1982. The car was published as a hot-hatch with superb performance traits. It was launched to replace the Nissan Cherry, a car that served Nissan for 16 years.

The Micra was launched in European, Far East Asian, and Australian markets. But later it was introduced in the Latin America and South Asia.

The Nissan Micra has also been famous as March. And it has also been rebadged as Datsun Micra and Renault Pulse. While the Mitsuoka prepares a retro design version of this car known as Viewt.

The Micra has been through five generations. The first one ran for a decade. The second one even took a decade to end up. The third lasted for eight years, while in some markets it only remained for half a decade. The fourth generation was supposed to end up in 2016. But it is still active in the Asian market. While the fifth generation is the present one, which was introduced back in 2016.

The fifth generation Micra was displayed during the 2016 Paris Motor Show. And it was formally introduced in the spring of 2017. Well, it consists of 5 trim levels with the cheapest Visia model being priced at $16,580. And the finest Tekna trim begins from $23,530.

The Micra has been designed to challenge the performance hatchbacks of Europe. Even it is put under the tough competitions in Asian markets based on its performance traits. Well, there are some handy variants under the Micra’s hood including the gasoline and diesel powertrains.

The performance variant comes with the 0.9 L 3-cylinder turbocharged engine with a base 90 hp of power. While the over boost feature adds 5 more horses to the total system.

The 1.0 L 3-cylinder engine is a recent inclusion in the Micra series. It is a Mercedes M281 engine which is not found on the Mercedes badged cars. Well, they created this machine for their allied counterparts like the Nissan and Renault. This powertrain is capable of generating 70 hp of power with 67 lb-ft of torque. And these figures are good enough to make Micra a decent errand runner.

Under the diesel segment, the Micra gets the 1.5 L 4-cylinder engine with 99 g/km CO2 emission. This system can produce 90 hp of power that makes it a good choice to run in the city.

The handling specs are pretty fine. Braking and steering respond timely giving room to the driver to handle the car easily.

The Nissan Micra adopts some styling pattern from its elders, like the Kicks, Juke, and Maxima. It has a bit trimmed down shape with a restyled hood, grips and skirts. Well, the 15-inch steel wheels, a cut-off Nissan’s signature grille, LED and halogen lamp headlights and LED lights are some basic cosmetics. While 16 and 17-inch alloy wheels, fog lights, side mirrors with indicators and contrast body color could be found on the top trim level.

The Micra’s entry-level models get the basic kind of materials. They get the black cloth seats and fiber accent and trim. While when you go up the range, you would get ergonomic leather sporty seats, colored trim and attractive body contrast.

Further, the spacing is fine in the first row. But the rear row can cause some seating issues. Such as hitting the knee in the front row or feeling congested. And the boot has enough space to carry groceries.

The Nissan Micra features a 7-inch multi-touchscreen infotainment system. This system features the Apple CarPlay and the Nissan Connect multimedia system. Further, it gets the USB ports, Bluetooth streaming, and telephony. The multimedia options are standard with the radio features. While the navigation remains an optional chapter for this car. Ahead of that, the Bose Personal Edition sound system is available for this car. And that is available only for the Visia+, Tekna, and some other top models.

The Micra gets a pretty good attention for the safety instruments. The airbags quantity and quality is quite acknowledgeable for the city riding. While the seat belts quality is even acceptable. Ahead of that, the Micra is offered with the tire pressure monitoring system, antilock braking system and a lane-keeping assistant installed in the steering wheel.

The Mitsubishi Mirage is found as a common competitor of Micra is most of the markets. Though the powertrain variation of Mirage is not as executive as compared to Micra. But the interior setting is way closer. While they both normally give a tough time to each other.

The Nissan Micra holds a good record in the European market. Its extensive designing and remarkable powertrain options make it a nice choice among the hot-hatch. And indeed Nissan has upgraded this car to some marvelous levels.