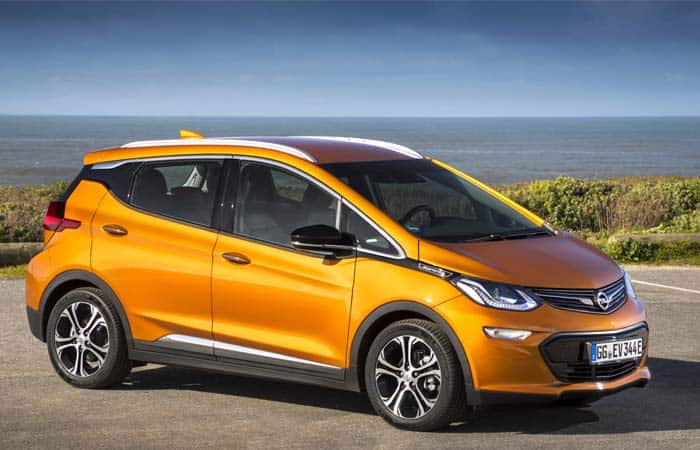 There are a lot of Opels that inspire the General Motors. And they bring it to the American soil. But there are a few cases where the American cars, the ones from Chevrolet, Dodge or Cadillac, inspire Opel and they take it to Europe.

Well, the same case happens during the 2016 Consumer Electronics Show where the Chevrolet Bolt EV was displayed. It inspired Opel and they took it to the European market. The Bolt EV was rebadged as Opel Ampera-E for the European Mainland. While the British market got it under the Vauxhall badge. Finally, the car was displayed as the Opel Ampera-E during the 2016 Paris Motor Show.

Since the Ampera-E came out in the market, there had been a mixture of positive and negative vibes. The market structure tried revealing that Opel is earning a handful of revenue from Ampera-E. While Opel stated the GM’s words that battery takes all the revenue. But this did not stick to a lot of experts. They suggested that the ongoing progress of this car would raise the production in the upcoming years.

Well, the Opel counted a lot on this car. And it even proved worthy of their expectations. Especially with the driving exams, the Ampera-E justified all the tests pretty easily. And even the market showed a worthwhile response to this car. By the mid of 2017, Ampera-E had almost covered the whole European market.

In the present day, the Ampera-E is available as a sole version. And normally you would not get any models for this car. Well, the entry price $40,380, which is around $3,000 more than the US price for Bolt EV.

The Opel Ampera-E gets a permanent magnet motor for the drivetrain. This system comes mated with an electronic precision shift with a final drive ratio of 7.05:1. Well, the electric motor is capable of producing 150 kW or 200 hp of power at 266 lb-ft of torque.

Ahead of that, a 60.0 kWh lithium-ion battery serves as the storage medium. Well, this came from LG, and it is the same that you would find on the Bolt EV. Further, this is a 288-cell battery which is expected to give a very long drive than the rest of the electric systems. Certainly, we did experience it as well.

The Ampera-E can give you around 235 miles of driving range on full charge. The NEDC suggests 320 miles as the all-driving range for this car. While the WLTP brings it down to 240 miles. While we tested it under various conditions which resulted in an even lower range than WLTP.

You can surely count on the performance of this car. A 0-62 mph in 6.6 seconds for a hatchback is quite fast. And the Ampera-E can surely deliver that kind of performance.

Well, the fuel consumption seems better than the gasoline cars. But in the long run, the electric cars appear to be costly. The maintenance along with the electricity usage can define the differences. Though you do not have to get the oil changed or any filters cleaned. But still, there are too many other costs involved. While the Norwegians have put this car for cab business. And it is proving to be a fine option compared to the gasoline and hybrid cars.

The Ampera-E is surely the European version of the Chevrolet Bolt EV. And the exterior designing confirms it with dignity. That is only the Opel badge at the front that makes it the Ampera-E. Else everything in the front is the same. While the rear even has a lot of stuff common with the Bolt.

Well, the cosmetics are not even different. The projector headlamps, LED fog beams, shark fin, alloy wheels, and the rear spoiler could also be found on this car.

You can have plenty of complaints about the seating space. But you would surely admire the interior appointment. The Ampera-E is blessed with a tidy interior ingredient and a neat setting. Though it looks too small from inside. But it has got all the pleasure you need.

Well, thanks to the batteries that take away a lot of space from the boot. You hardly get some inches to carry some tomatoes or the onions.

The Ampera-E comes with 10.2-inch touchscreen infotainment system having Apple CarPlay and the Android Auto. Further, this IntelliLink system offers a multimedia player, navigation, 4G LTE, Bluetooth, telephony and the smartphone connectivity. Ahead of that, it displays the battery status and health as well. While you can get the MyOpelApp to access your car remotely. And can even check the status of the battery.

The Opel Ampera-E offers a collection of standard passive safety features. Along with that, it gets a combination of the active safety tools. Some common equipment includes the 360o degree vision for a safe driving environment, parking assistant, stability control, antilock braking system and a continuous protection Opel OnStar option.

The Ampera-E plays a role as one of the finest electric cars in Europe. And it gets only a few competitors matching its specs. Well, the Renault Zoe is one of the closest competitors to this car. Though there is a slight gap in the performance. But the designing and the interior is quite match-able.

The Bolt EV based Ampera-E is serving is a fine example for the domestic and commercial driving. A bit of improvement can make it stand as the best example for the European electric cars.