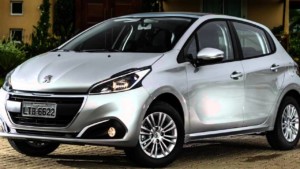 The small cars industry is not just confined to the fuel mileage. They even create some cars that can perform really well. Whenever you observe the competition amid the small cars, you would find some real performing machines among them.

The same we get from Peugeot. It was a long time ago when Peugeot stepped into the automobile industry. But just a few decades back the company has taken part in small cars manufacturing.

During the Spring of 2012, Peugeot introduced the 208, succeeding the Peugeot 207 at Geneva Motor Show. Although the production had already begun before its introduction in 2011. But that was a shorter version of this car. Formally, in 2013 the Peugeot launched the 208 with an extended base.

The Peugeot is produced in a number of countries. Its origin is definitely France. Further, its plants are even set up in Brazil, Indonesia, Malaysia, and Slovakia. Till the date, around 1 million unit of this car has been produced. And even more than 1 million units have been sold.

The reliability, toughness, flexibility, and calmness of this ride have made it popular among the folks. Well, Europe is the major market for this car. And away from Europe, Australia takes the next seat.

Peugeot has been contributing to motorsports since quite long. Almost every of its vehicle takes part in the track races and rallies. And not to forget, Peugeot holds its fame in Dakar Rally. Well, this 208 has even participated in a number of motorsports events. This car has won the Manufacturers’ Title at the 2015 FIA Rally Cross Championship. 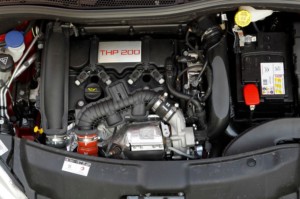 The Peugeot 208 comes with a range of engines. The powertrain begins with the inline-3 engines and stops at the turbo 4-cylinders. The Peugeot PureTech 3-cylinder engines are renowned in a number of markets. They are famous for their fuel efficiency and steady drive.

The base engine of the Peugeot 208 is the 68 hp 1.0 L inline-3 PureTech gasoline. It is preferred by the consumers looking for an economical ride. Especially the family riders prefer it.

Then comes the 1.2 L 3-cylinder PureTech engine with 82 hp. It is yet another fuel efficient technology with improved power. And it gets its space into the garages of those family riders who love to ride in power.

Well, the whole Peugeot 208 series is famous across Europe because of its economical riding. But along with the economy, Peugeot even offers the sports spirit in 208. The 1.4 L inline-4 engine makes 208 an entry level hot hatch. This powertrain is rated at 109 hp delivering 103 lb – ft of torque. Besides power, this 4-cylinder engine is even an economical fella.

The true sporting spirit is indulged by the 1.6 L inline-4 turbo engine. This engine produced the massive 197 hp at 203 lb – ft of torque. Well, this engine has the rallying abilities. It sets on a firmly tuned suspension and sports chassis. And this what the driving enthusiasts would love in Peugeot 208.

The manual transmission is offered on the base models. The 5-speed stays for the low power engines. While the 6-speed is for the GT spirit engines. And the automatic stay optional.

Peugeot offers two engines diesel engine for the 208. The first is the 1.4 L 67 hp engine. While the next is the 1.6 L emission controlled engine. 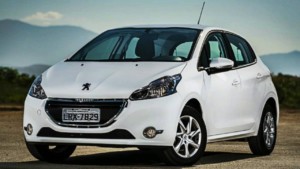 The Peugeot 208 is a neatly designed hatchback. The body style is available in 3 and 5-doors hatchback. The 208 is wider and longer as compared to 207. The wheelbase has even increased with the refreshed wheel size.

Well, the front fascia and the rear fall has been redesigned. They depict the modern age designs. The fog lights have been moved to more distance than it was in 207. The 208 gets the 16 and 17-inch allow wheels with different designs. These designs are separated as per the trim level. And even optional designs are available.

The Black Edition is colored in total black. Besides the plates and the lights, everything else is painted black. The GTi edition is the sports version. Although it already gets a sporty mechanics. But alongside it even gets a sporty exterior. The 208 GTi has an aggressive front, mainly picturing the rally experience of this car.

See Also: What is a Hybrid Car, How It Works and the History 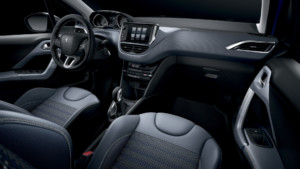 The Peugeot has appointed some basic interior design for the entry models of 208. The front row is pretty spacious. The driver won’t feel tied to the steering wheel. Even the driver won’t feel tired while driving. Along with the driver, the front passenger would even enjoy the ride. But as soon as we move to rear seats, we get a slightly congested environment. The legroom is fine, but the headroom is quite stiff. You can’t fit in a 6-feet high person in the rear. During the journey, such person might get irritated.

There is ample space for cargo. You can transport your groceries quite easily with the seats up. And if you are planning to bring in the groceries for the whole month, then you may fold the rear seats.

While every seat in this car has nothing to offer in terms of comfort. And thanks to the shock absorbing springs to let the passengers feel everything on the road. Well, the 208 gets the noise insulation. But it becomes useless in the base models as the engine there is quite noisy. Unfortunately, you can hear the engine snoring. 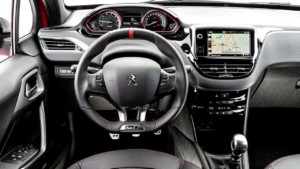 The Peugeot 208 gets an average touchscreen infotainment system. Although the system is better than a number of its competitors. But it is hard to use and understand. It makes the 208 pretty much like a robot.

Well, this system offers telephone connectivity, music play, digital radio and some other features. Further, the navigation is optional for the Peugeot 208. 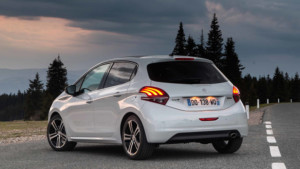 The Peugeot 208 has earned 5-Stars in the safety tests. This is because of the passive safety equipment available in all the trim levels of this car. While the active safety is certainly like missed out for the base models. The base version only gets the stability and braking assist. On the other hand, the upper trim enjoys the rear view screen, parking assistance, and cruise control. 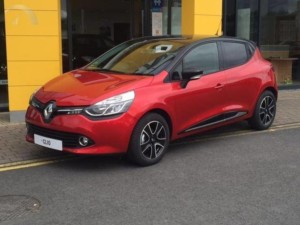 The Renault Clio is one of the finest and closest competitors of the Peugeot 208. It is fast, sharp, reliable and safer than 208. But Peugeot 208 has the ability to save more fuel than Clio.

Well, Peugeot 208 could be a fine choice for you if you are looking to get a family ride for 4. But it even should be economical in terms of fuel.