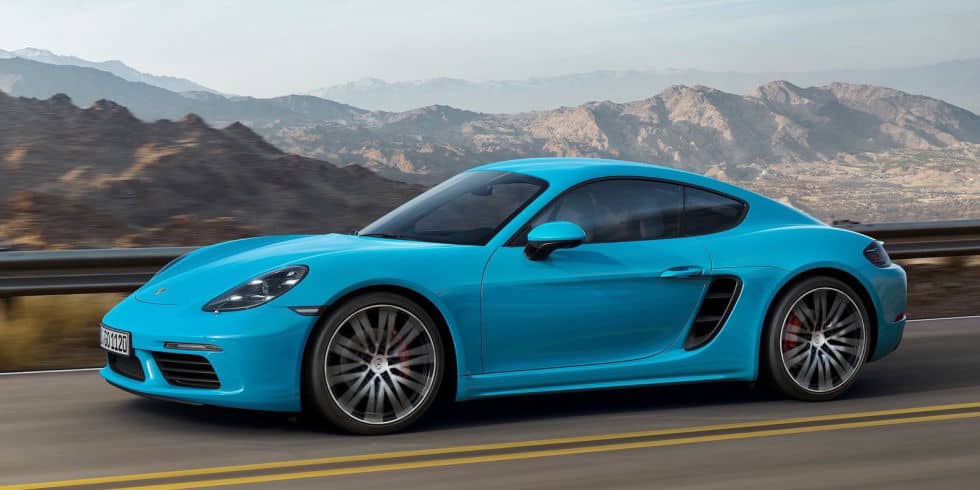 The revival of fastback coupe is never a hard job for an automobile manufacturer. But keeping it alive in a competition could certainly require hard work. And when that fastback coupe has a roadster sibling in the market, then the options for expansion become limited.

The verdict got over when Cayman demanded some effort from Porsche. Ultimately, Boxster, the non-identical twin sibling of Cayman, and Cayman itself were titled 718. Porsche took 9 years to launch the Boxster’s sibling. In 2005, Cayman was displayed for the first time, for the model year 2006. Well, Porsche had been working on its design even before that.

It was the time when Porsche Boxster entered its second generation, whilst it was the first for Cayman. It went on till 2012. Soon the next generation was launched with the production code 981. Later it went on to 982 and finally, it became 718 when Porsche decided to remove two cylinders from the engine block.

Presently, Cayman is in its second generation. Way down the history, Porsche had been a luxury contender. Even cars from Porsche bear an over-budgetary price tag. Though the 718 series earned Porsche a lot of fame, but practically speaking, price becomes an issue at times. But it has nothing to do with the driving enthusiasts. And certainly, Porsche Cayman is pretty economical in its class.

Well, you can get Porsche Cayman with manual transmission for $55,300 and with PDK automatic for $58,510. The price would increase with additional features you add into your Cayman. And ultimately you can make it cost you more than $65,000. Though Cayman itself is a performance car, but there are even Cayman S and Cayman GT4, which have been tuned sharper than the standard one.

The 2.0 L engine is offered in Cayman that makes 300 hp @ 280 lb – ft of torque. The transmission has 6 – speed manual as standard and 7 – speed PDK automatic as optional. It’s a mid-engine car, with the only rear – wheel – driving configuration.

Even Porsche narrates that Cayman can make 170 mph on a track. But what we tested was a mile faster than what has been told.

Well, how would an inline-4 turbocharge Cayman feel like? It’s smooth, addictive, sharp as well as quick. Relentlessly we have issues with the handling of the performance cars. But here the electronic mitigation has done the job well.

Germans are masters of the automobile industry and even have the best know-how of the performance cars. This is what has been displayed by Cayman.

The exterior of Cayman has much to do with the performance of it. Indeed it’s a beautiful car and looks much like a diva dancing on the roads. But this diva is running on an inline-4 cylinder turbocharged engine, which would need some support from its body too. And that’s where Porsche takes the lead.

Cayman has an efficient application of aerodynamics. From front to rear, too many curves, lines, swirls and vents are available on the body of Porsche Cayman. But every bit of the shape has some influence on the performance of the car. The body style itself makes the air friction useful for the car. The headlamps detail makes the air friction an overture for the car. They drift the air away and make the passage amid the air columns. The side-vets are basically installed to work as the coolant. At the rear, the short pony spoiler deviates the air movement upwards for a down thrust of the car. The low ride shape has a drag coefficient of 0.31 g.

The Cayman has everything you need for a performance ride. Sporty and spacious seats, sharper steering wheel and wider windshield are some major ingredients of Porsche Cayman. But this is not all. There is a variety of leather available for the interior which includes the natural leather as well. Sport bucket seats remain optional. Carbon fiber, wood and aluminum are some other options available for the interior designing.

Well, Cayman is quite rich in the interior. It’s not just a standard performance coupe with cloth on seats and plastic hoods, instead, it has luxury inside.

The 7-inch touchscreen infotainment system is standard for Porsche Cayman. As compared to the previous system, this one performs better. Well, the system is much like a music amplifier rather than a driving assistant. Navigation, Porsche Connect and Porsche Connect Plus, along with the Boss audio system are optional. Just you need to add $9000 more to get these options as well.

We’ve never heard anyone complaining about the Porsche’s safety. Whether it’s the 911 Carrera, Boxster or Cayenne all are safe to drive. There is sufficient amount of passive safety measures available in the car. The passive safety is enhanced in the car with the Airbags and Porsche Side Impact Protection System. You even get the Porsche Dynamic Light System (PDLS), which makes the luminosity of the headlights to reach a curve faster than the car.

Why worry with the braking, when Porsche is giving you the ceramic composite brakes, which are best known in the motorsports world.

When we went out to get a competitor for the Cayman, we first met the Boxster. Well, we weren’t planning to make Cayman challenge its sibling. So we went a bit further. In our research, we met the Chevrolet Corvette. Well, Corvette is fast, responsive and sharp but, what we missed in it was the luxury.

Cayman is a passion and definitely driving enthusiasts would love to drive it.